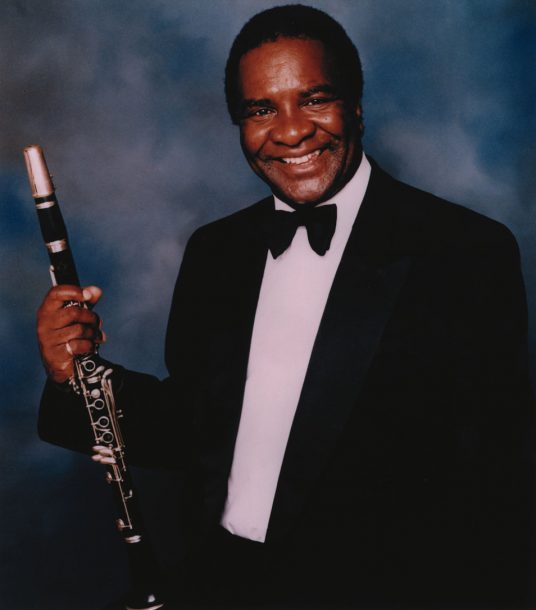 Reedman Wendell Harrison devotes great energy and commitment to the art of jazz. Beside heading his own clarinet ensemble, Harrison honchos his own WenHa record label, has written two books on bebop technique, is the artistic director at Rebirth, Inc., a multifaceted jazz education and performance company, and has two new discs headed to the racks from Enja.

To be sure, Harrison is no novice. At 55, he can look back on a career that’s seen him play with many of the greats, honing his chops with lessons from Barry Harris and later playing gigs in New York with the likes of Sun Ra and Hank Crawford.

But Detroit is where his heart remains, along with a full time gig at an arts complex where he exercises his second passion-teaching kids about the music. “Playing comes first for me,” he said, “because, in order for me to teach it, I have to play it.”

Awarded as a “jazz master” by Arts Midwest, Harrison’s two new Enja releases are Mama’s Lickin’ Stick, featuring his six-piece clarinet ensemble and Battle of the Tenors, with Eddie Harris. He also has a wealth of material on his own WenHa label and Rebirth, Inc. provides the distribution network.

“I get frustrated about jazz having a low profile in this country,” he said. “But when I was in school, jazz wasn’t even considered music. High schools never had jazz bands as they do today. That’s progress, but more needs to be done. What I’m doing is helping students deal with this art form so that someday it will get the respect it deserves for being our musical history.”