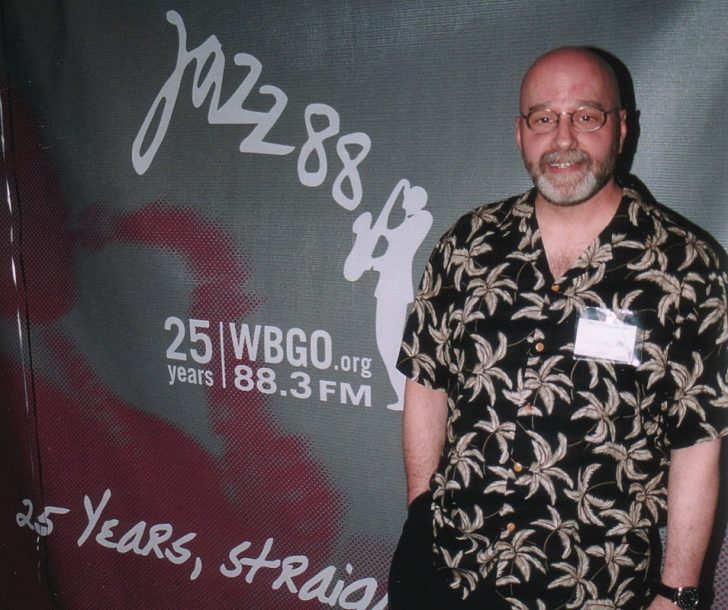 Several hundred jazz lovers from around New Jersey and the metropolitan New York area gathered on a sun-filled afternoon on April 29 to celebrate radio station WBGO’s 25th anniversary of broadcasting on 88.3 FM. In addition to the fried fish sandwiches, soul food and assorted crafts being offered by vendors at this block party outside the station’s Newark, N.J., studios, patrons were treated a full program of music, including a rare solo piano performance by pianist Mulgrew Miller, a rousing set of Basie-flavored arrangements by the dynamic 18-piece Gerald Wilson Orchestra and an astounding display of tap dancing virtuosity by Savion Glover and his ensemble If Trane Wuz Here, featuring saxophonist Mantana Roberts and poet e. gaines doing an inspired rendition of “A Love Supreme.”

At one point in the festivities, before reading proclamations from community leaders and state politicians along with letters and e-mails of congratulations from as far away as Israel and Japan, WBGO’s general manager Cephas Bowles whipped up the crowd with evangelical fervor: “When we started up 25 years ago, who would’ve thought that in Newark we could have a radio station that would become the New York metropolitan area’s primary disseminator of jazz? New York, for those of you who don’t know, is regarded as the jazz center of the world, and the best jazz in the jazz center of the world emanates from downtown Newark, New Jersey. And that’s something that we can all be very, very proud of.”

Gary Walker, WBGO’s music director and an on-air host since 1982, recalled the station’s humble beginnings. “I can remember that in the old days there was no heat in the wintertime and there was no air conditioning in the summer. So you would see your breath when you spoke in the winter and you’d do your show in your underwear in the summer. There’s obviously been quite an evolution from there.”

Perhaps the most significant evolution in the station’s 25-year history has been its burgeoning Internet presence. Since beginning to stream its programming on the Web six years ago, WBGO has garnered a worldwide audience; a fact which becomes readily apparent during the nonprofit station’s annual pledge drive. “We get pledges coming in from Ireland, Spain, Greece, England, from all over Europe, from Asia, from Turkey,” says Walker. “It’s just amazing the kind of response.”

In terms of its programming style, WBGO has remained steadfastly straightahead while still allowing for surprise within the station’s format. “There is a format now, there didn’t exist one at one point,” Walker says. “But within that format the categories are so broad-based. At the top of the hour you have a classic performance-DJ’s choice-followed by a classic vocalist-DJ’s choice-followed by a new release, and there’s 135 new releases in the control room at any one time. So there is a format, but it’s probably the least restrictive of any radio station that I know of. It’s why I’ve been here 22 years.”

In addition to its ambitious outreach program maintained by special events and program coordinator Dorthaan Kirk (a fixture at the station since its inception and the widow of Rahsaan Roland Kirk), WBGO broadcasts live concerts once a month from J&R Music World in downtown Manhattan, at the American Museum of Natural History every Friday evening and also select performances at the New Jersey Performing Arts Center. The station plans to do remote broadcasts this fall from Jazz at Lincoln Center’s new home in the Frederick P. Rose Hall at Columbus Circle.

Says Walker, “It’s part of our mission to make people aware of this great music. And when you have an event like this block party where you actually get to see the people that you’re broadcasting to and sharing the music with, it’s really a special thing, man. Because the people are the fuel of the radio station.”