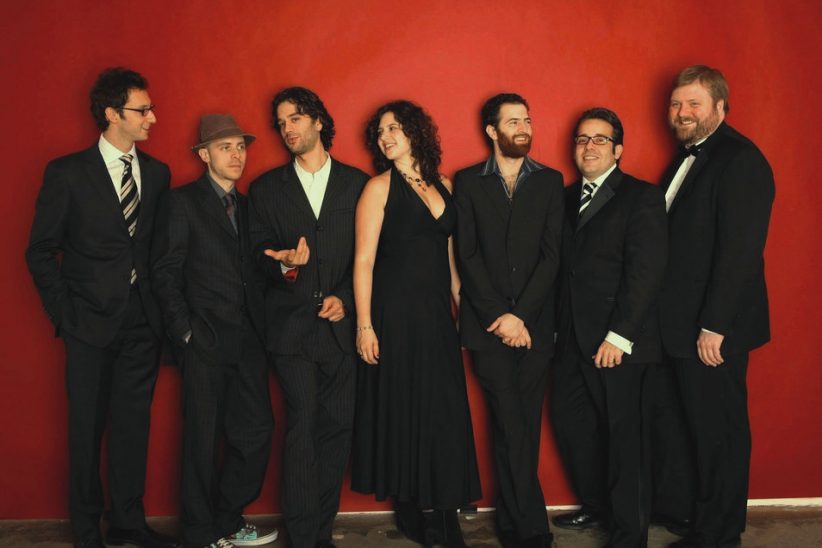 Bobby Darin wore several stylistic hats during his career, from rock ‘n’ roller to folkie to interpretive Sinatra-style pop singer. But when Waverly Seven hears Darin, who died in 1973 at age 37, they hear a swinger. Yo! Bobby, the New York-based band’s double-CD on Anzic Records, offers up 24 instrumental reimaginings of songs recorded by Darin at one time or another. Skipping from moody ballads (“Nature Boy,” “All the Way”) to brassy big-band arrangements (“Call Me Irresponsible,” “It’s You or No One” and, of course, “Mack the Knife”) to bluesy, rocking stomps (“Artificial Flowers,” “Splish Splash,” Nat Adderley’s perennial “Work Song”), the septet-whose members also record as solo artists for Anzic-doesn’t so much pay tribute to the Bronx-born Darin as use his canon as a takeoff point.

“The art of entertainment has been kind of lost in jazz for a long time,” says Frahm, explaining the motivation behind the album, which takes the musicians far off their usual, more contemporary jazz paths. “If you surrender yourself to the energy of the music and find your spot in it and revel in the group concept, that’s what makes it special. I think people respond to it.”

Frahm first became aware of Darin during his youth, although, he says, he “didn’t really know the depth of the repertoire that [Darin] sang until I was learning standards.”

But for the Israeli Anat Cohen, a recent recipient of two Jazz Journalists Association Awards, the name Bobby Darin presented a blank slate. “I never really explored his music until we got to this project,” she says. But once the idea was presented to her, she became enthusiastic. “[W7] are friends, we’re colleagues, we work with each other in different scenarios, but we’ve never done a swing project with all of us. So it was an interesting concept to say, ‘OK, you guys have to come up with a common language.’ We started to play the songs and came up with some ideas and instrumentation.”

Yo! Bobby, produced by Frahm and Valera, was recorded in a mere two days in Englewood, N.J., after four days of rehearsals. Much of the album consists of first takes. “That’s really unheard of in jazz,” says Cohen. “Usually, you want to have two or three takes and have a choice, but we prepared so much and played those songs so much and had it so honed at that point, that it was like water off a duck’s back.”

The arrangements, mostly by Valera, allow each of the players room to move, but the music is song-based, and inherently tighter than what these musicians might cook up on their own. Says Frahm: “Usually, I’ll go into a sideman date and play in the moment, whatever comes to my head. But for this, Colin really wanted super-high energy from beginning to end. It was really interesting to me to see how affected my playing was and to see how affected everyone else was. It definitely makes these tracks jump. This project is unique in a sense that it’s a jazz concept but in a way it’s sort of a rock-and-roll concept. When you have a three-minute song and 16 bars to do something, you have to hit it really fast. We were trying not to meander as much as possible.”

Waverly Seven’s first live shows, at New York’s Jazz Standard (where John Pizzarelli sat in on vocals and guitar for Johnny Mercer’s “I Wanna Be Around”) sold out, and others are planned. The band considers Waverly Seven an ongoing thing-next stop, Elvis-and hopes that it will evolve in time, perhaps to include original material. “It’s really the start of something cool,” says Frahm.