Skip to content
Become a member and get exclusive access to articles, live sessions and more!
Start Your Free Trial
Home > JT Archives > Walter Bell: The Pleasure’s All Mine

Flip through a few magazines from the 1970s, and you might conclude that men were judged by the size of their stereos. Indeed, a towering rack (or two) of stereo gear once seemed as mission-critical as bushy sideburns and a Qiana shirt. While abundant facial hair and menswear woven from plastic could return someday, there’s no longer any need for complex stereo systems. The music lover of 2009 really requires only three things: an audiophile-grade CD player, a good integrated amplifier (or separate amp and preamp) and a high-quality pair of speakers.

Now, some will contend that no real high-end stereo system is complete without a turntable. And you’ll almost certainly want a computer for downloading tunes and burning CDs. But for the majority of the home listening that most jazz fans do, a simple CD-based system does the trick. There’s a powerful upside to that simplicity, too: the fewer components you have, the better you can afford.

To that end, we’ve assembled a trio of trios: three simple stereo systems at prices ranging from practical to profligate. You’ll find few familiar brand names here, but that’s by design. Just as hardcore scotch lovers often prefer a boutique brand like Bunnahabhain to a ubiquitous marque like Glenlivet, most audiophiles take great pride in owning gear that is unknown to the average Joe.

While $5,000 might seem a generous sum for an audio system, such a budget demands compromise. A powerful amp in this range might not sound all that great. Ditto for a full-range tower speaker. But take heart, tight-budgeted jazz fans. Even if putting together a powerhouse system at this price might be tough, it’s not hard to spec a $5,000 stereo that has the elegance, delicacy and depth of Bill Evans’ classic trio with Paul Motian and Scott LaFaro.

Many great budget systems center on a tube amplifier. Even inexpensive tube amps tend to have a sonorous, natural sound that lends itself well to classic jazz. However, most affordable tube amps put out a mere 20 or 30 watts. It seems to me that you ought to get more oomph for your $5K.

It seems to have seemed that way to the engineers at Vincent Audio, too, because they’ve created an integrated amplifier that sounds great, oozes charisma, and costs just $1,299. The SV-226MKII integrated amp combines a tube preamp with a 100-watt-per-channel transistor power amp. You get the best of both worlds: the warm, involving sound of tubes and the power to drive practically any speakers you choose. It’s also the product of two worlds, or at least two countries, because it’s designed in Germany and manufactured in China.

Cambridge Audio’s $1,095 Azur 740C CD player makes a perfect match for the SV-226MKII, both aesthetically and sonically. The 740C upsamples the 16-bit/44.1-kilohertz digital audio from CDs to 24-bit/384-kHz sound. It then converts the signal to analog using dual Wolfson digital-to-analog chips. The result is sound that’s smoother and more natural than what you’re probably used to hearing from CDs. You can also plug other digital audio sources into it, and it’ll upsample those, too.

Keeping the price of the electronics low makes room for one of the biggest-sounding little speakers to hit the high-end audio market in years: the Usher Audio Be-718 Tiny Dancer. The 15-inch-tall, $2,795 Be-718 employs a tweeter dome made from beryllium, an exceptionally stiff yet light metal, and a 7-inch woofer that puts out surprisingly full bass. The “Dancer” in the name could refer to the way the Be-718’s tweeter makes percussion instruments dance between the speakers; you can actually hear Paul Motian’s brushes move as they slide across the cymbals. Sure, $2,795 might seem a lot to pay for such a small speaker. But given the Be-710’s expensive drivers, the high-end parts in its internal crossover circuit, its custom-designed internal wiring, and the rigidly built, wood-sided enclosure, many audiophiles consider the Tiny Dancer one of the greatest bargains in audio.

We’re a hair over budget at $5,189, so if you want to expand beyond CDs, better do it on the cheap: Simply add an iPod dock such as Pro-Ject’s $199 Dock Box. Or do as many audio enthusiasts have done, and use Apple’s $229 Apple TV box to stream audio files wirelessly from the computer in your home office. 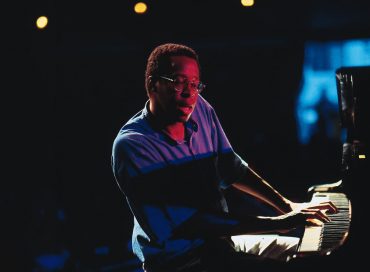 Would it be blasphemous to suggest that a highlight of this year’s Berlin Jazz Festival was a kitsch-swaddled and almost improvisation-free Japanese chanteuse singing peculiar French cabaret tunes?