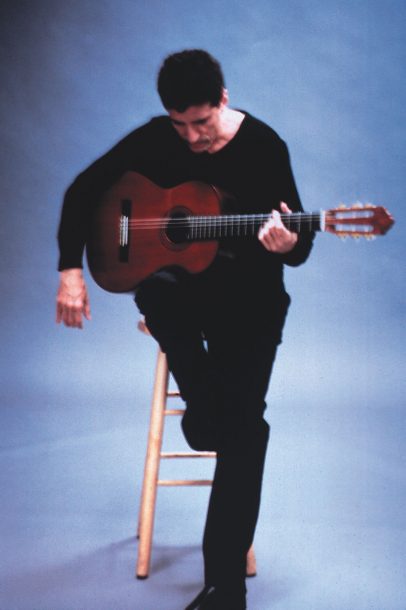 The early ’60s bossa-nova movement was a mesh of breezy Brazilian jazz and playful poetics that painted images of the “Girl From Ipanema.” While bossa nova defined the South American nation for many, it was criticized in Brazil for its passive escapism during a tumultuous political era that led to a 20-year military dictatorship.

Later, mavericks like Caetano Veloso (the Bob Dylan of Brazil) and Gilberto Gil stirred up an alternative music scene in the 1970s known as tropicalismo, which mixed bossa nova, The Beatles and progressive rock with seditious lyrics. Tropicalismo inspired an entire generation of singer-songwriters like Vinicius Cantuária.

“I was 13 when the dictatorship was happening in Brazil,” says 49-year-old Cantuária in English. “The military and government were so bad. But it was the musicians who expressed the people’s sentiments of reality and truth with verses that said a lot between the lines.”

Guitarist-percussionist Cantuária, now based in New York City, was born in the remote city of Manaus in the northern Brazilian state of Amazona. He was influenced by rock as a youngster and played drums with pivotal bands that led to a 10-year stint with Veloso. He wrote Veloso’s million- selling “Lua e Estrela,” and has had his songs covered by Chico Buarque, Gal Costa, Marina, Boca Livre and others.

Cantuária’s music traverses a variety of themes-food, politics, life and love-with a provocative sensual spirit, and like the tropicalismo artists he doesn’t avoid darker subjects.

“Brazil is beautiful but it has many problems. I try to portray the magic of Brazil-ritmos [rhythms], beautiful people, beautiful food, beautiful everything-but I know these images are not true. There’s a lot of pain that I try to portray in my music. It’s very deep and real. So on the one hand I paint an illusion of Brazil and on the other to show the problems. Music has the ability to provide perspective for people between truth and lies.”