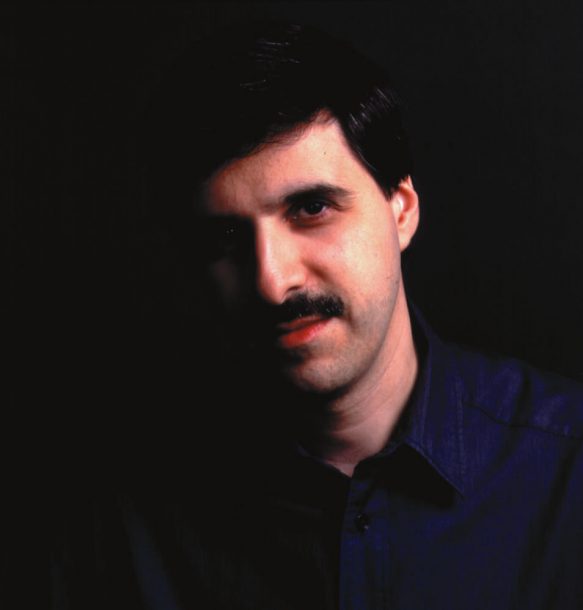 This record is about that delicate dance between the improvised and the written music, and it’s also about inviting old friends and meeting new friends to interpret the music” says composer-conductor-arranger Vince Mendoza about his latest project, Epiphany (Zebra Acoustic Records), recorded with the London Symphony Orchestra and jazz ensemble in the sound-perfect space of Abbey Road Studio.

Mendoza has a strong foundation in both jazz and classical music that dates back to his childhood, when he listened to everything from Brahms to Zawinul. Born in Norwalk, CT in 1961, Mendoza began musical studies on classical guitar and piano before switching to trumpet by his early teens. He wrote for his high school jazz ensemble and went on to earn a degree in composition at Ohio State University. Moving to Los Angeles in 1983, he completed graduate studies at the University of Southern California.

After recording his first big band album in New York, Mendoza put down his trumpet to focus on composing. He contributed pieces for drummer Peter Erskine’s 1986 album, Transition. Thus began a continuing friendship through which he met guitarist John Abercrombie, saxophonist Joe Lovano, and bassist Marc Johnson, who all perform on Mendoza’s new album along with Erskine, Michael Brecker (tenor sax), Kenny Wheeler (trumpet), and John Taylor (piano). Sixty LSO musicians include strings, woodwinds, French horns, and percussion. Without a brass section, Mendoza’s eight works take on a lush, silky, dream-like quality to which the jazz soloists have adapted.

Mendoza brings all of his brilliancy and expertise to bear on this project. He’s written for small groups (two Blue Note CDs are currently out of print) as well as large units such as the WDR Big Band featured on his 1993 album Jazzpana (a Grammy nominee) and its follow-up in 1994, Sketches. (Expect a 1999 recording with the Netherlands Metropole Orchestra, for which he was appointed principal guest conductor in October 1998.)

“This project was always in my head since I did the Blue Note records,”says Mendoza. “To conduct the LSO was quite a dream fulfilled.”