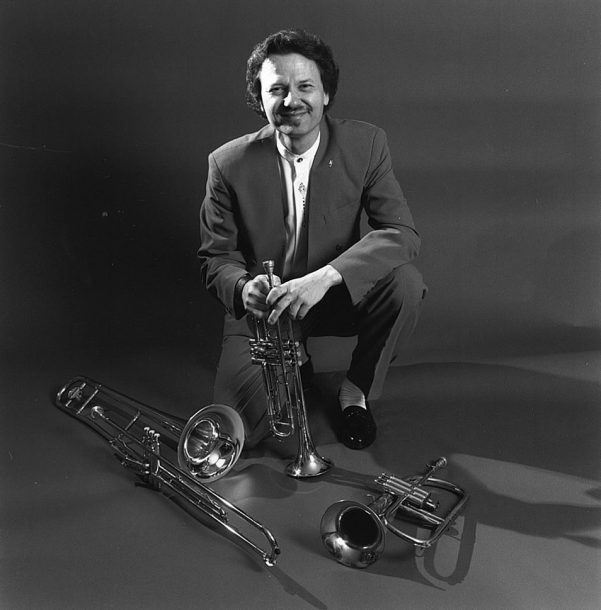 Trumpeter Vaughn Nark has always been fascinated by the “fiery” end of his instrument, and his latest recording, Something Special, on the Summit Jazz label, is living proof: Check out his “A” above double “C” on “My Funny Valentine.”

But that’s only part of Nark’s story. He can also croon a ballad with a voice many have compared with Chet Baker in his prime, and his bebop sensibilities are inspired by no less a master than Dizzy Gillespie.

“As far as jazz is concerned, Dizzy has influenced me the most,” says Nark. “But I’m also intrigued by the energy of players like Maynard Ferguson and Doc Severinsen, as well as early Miles Davis and Chet. I have more than one arrow in my quiver and I use the upper registers because it’s part of my style.”

Nark began playing the horn when he was six and actually played lead trumpet in a high school band when he was in the fourth grade. A 17-year veteran of the US Air Force’s Airmen of Note jazz band, Nark, now 41, credits the experience as a continuing career boost.

“My musical philosophy is patterned after Diz,” he says. “He was a remarkably spiritual man and his bandstand was a great place to be. In a tiny way, that’s what we’re trying to do. For Dizzy, performing was a celebration; there was nothing uptight about it.”

Nark spends considerable time at schools and conservatories in his role as a Yamaha clinician, and he hopes for a follow-up recording soon. “Playing is not just making a living,” he adds, “but a spiritual passion. I’ve got to keep on teaching, playing, recording, and having a forum. It’s my contribution to the music I love.”