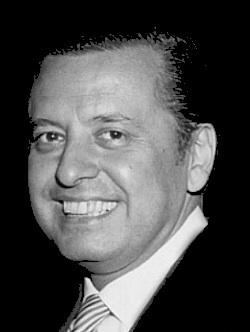 Nesuhi Ertegun never achieved the level of acclaim enjoyed by his older brother, Ahmet, who co-founded Atlantic Records with Herb Abramson in 1947. But it was Nesuhi, who signed on as a partner in ’55, who developed Atlantic’s jazz roster, and what a roster it was: Coltrane, Mingus, Kirk, Coleman, MJQ and so many more. Hommage à Nesuhi is an ambitious attempt at giving Nesuhi Ertegun, who died in 1989, his due.

Produced by disciple Joel Dorn, who passed away while working on the project, the five-CD, limited-edition boxed set covers the range of music Nesuhi Ertegun had a hand in birthing, including not only the above but Les McCann, Eddie Harris, Mose Allison, Herbie Mann, Yusef Lateef, Hank Crawford, Milt Jackson, David “Fathead” Newman and, of course, Ray Charles, whose Atlantic recordings were certainly infused with jazz elements even as they contributed to the very concept of rhythm and blues.

The set is sectioned off thematically, though the dividing lines aren’t always clear. Two of the discs are titled, simply, Atlantic Jazz and More Atlantic Jazz, but even the disc called Shades of Blue, sides that skew closer to the bluesier end of things, is stacked-in addition to stone blues cuts by LaVern Baker, Big Joe Turner and Charles-with tracks that are as jazzy as any: Sonny Stitt’s “Deuces Wild,” Lateef’s “In the Evening” and Trane’s “Cousin Mary,” for example. A fourth disc, On the Edge, stresses the envelope pushers of the day-Coleman, Kirk, Gary Burton, Mingus, more Trane-and another is devoted to live music.

Anyone can slap together a mix tape of favorites drawn from a large catalog, but what ultimately makes Hommage à Nesuhi such a sweet thing is its consistent listenability-the programming is such that it coheres musically, so that back-to-back Rahsaan Roland Kirk and Ray Charles not only doesn’t sound jarring, but actually makes perfect sense. That, we can assume, is exactly how Nesuhi Ertegun heard it too.