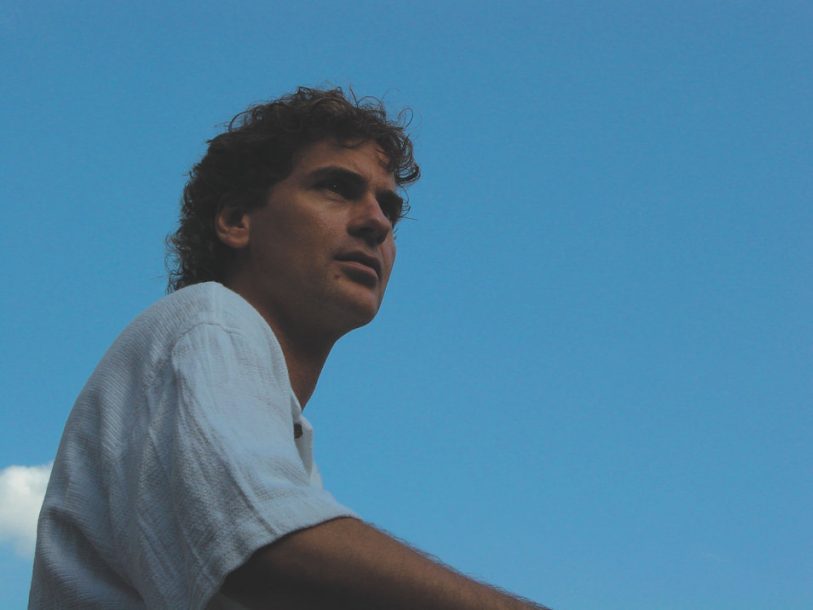 Werner “Vana” Gierig, on the other hand, feels sure enough of his abilities to compose songful, optimistic melodies and subject them to subtle yet ingenious transformations. “People always say I’m a very positive person. I think in general, I definitely embrace life. I like my life,” Gierig says. His attitude and skills make Gierig’s new album, A New Day (Twinz), his second effort as a leader, a rare and happy thing indeed.

A New Day mostly showcases Gierig’s writing for what he calls the New York Brazilian Jazz Project, with drummer Alvester Garnett and bassist Sean Conly plus several guests. “I have a lot of friends from Brazil and spent some time there and worked with different percussionists from there, so I just started writing original in that style,” explains Gierig. “I wasn’t really going for a totally authentic sound, ’cause obviously none of us in the trio are Brazilian, so we just use the influence of the Brazilian percussion. I always have percussion things in mind.” The influence (and the percussion) shows up in songs like “Gatinha Sabidinha (Wise Little Cat),” which bumps with witty squeaks, and “Mating Call,” based on a slowed-down samba fragment played with impressive swagger.

Whether composing Brazilian or American-style, Gierig focuses more on the song as well as the chords. “It’s not just one melody and then open, open, open. There’s different segments, and themes come back. Listening, I’m drawn to those groups that are wide open, who don’t do that. But I tend to write more, to make the song thicker. That’s just how I hear.” Yet when the themes return, they carry new and different weights: a tweaked harmony here and a slightly altered timbre there on “Choice of Words,” for example, make for some unexpected evolutions. And bright improvisations by Gierig and company always show up somewhere to enliven the texture.

Gierig’s optimism extends even to “An Awakening Thought,” a track inspired “by the endless stories of people and friends in New York City after the tragedies of September 11th, 2001.” It opens with four seemingly tragic chords, but these chords unexpectedly melt into a wistful melody; the tone of the piece is more ruminative than outraged or anguished. “If something tragic happens,” Gierig explains, tentatively, “hopefully something new will be able to grow out of it, something positive. And all the stories were just so incredible. Life surpasses fiction.”

As admirable as that attitude is, it’s difficult to make it convincing, but Gierig does it here just as he does on the rest of A New Day.