Skip to content
Become a member and get exclusive access to articles, live sessions and more!
Start Your Free Trial
Home > JT Archives > Van Morrison: What’s Wrong With This Picture? 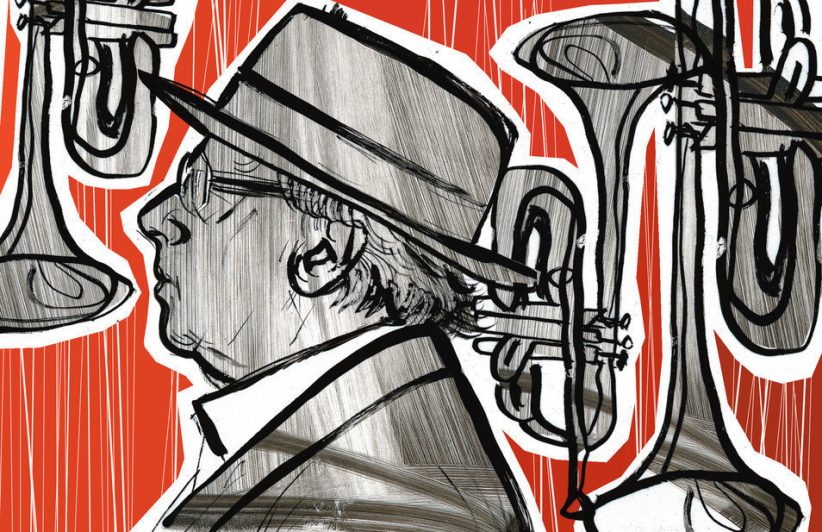 In my alternate journalistic life, much of my time is spent covering film and DVD releases. To that end, I’m writing this in mid-October, having just attended a particularly lavish Beverly Hills party thrown by Warner Bros. to celebrate the launch of The Matrix: Reloaded DVD. Keanu Reeves was briefly there, though less as a party guest and more as Exhibit A. He traveled the red carpet, provided the requisite sound bites to an international cadre of TV crews and, steered by his personal publicist, was escorted directly to a heavily guarded VIP area, visible to all but safely isolated.

Watching the velvet-caged Reeves being watched by a thousand mere mortals, it struck me that this was an ideal example of the ridiculous heights our collective (and strangely duplicitous) obsession with celebrity has reached. All eyes were turned to Keanu; everyone, fan or not, wanted to touch him, talk to him, bask in the presence of the evening’s One. Yet running like electricity through the room was an alternate current of Keanu-charged energy: the gossipy, mean-spirited AC to the worshipful DC. Desperate as the common folk might have been to meet the resident movie star, it didn’t stop them from parroting the same claptrap-speculation about his sexuality, that nonsensical tale about his rumored relationship with media mogul David Geffen, cruel comments about his past failures, stinging jokes about his professional limitations-that has been swirling around him for years. Like a zoo animal that grows skittish around too many peanut-tossing gawkers, Reeves looked understandably eager to crawl into the nearest cave-in his case a waiting limousine strategically placed inches from the back door.

What, you ask, has any of this to do with Van Morrison? Plenty, according to Morrison himself. Like Reeves, Morrison has spent most of his adult life under a microscope. Like Reeves, he’s long detested the poking and prodding that the press (particularly the British tabloids that have long doted on his alleged idiosyncrasies) and public seem to increasingly insist is their inalienable right. Unlike Reeves, who bears such invasions in relative silence, Morrison has decided to do something about it-or at least sing something about it.

Morrison’s Blue Note debut, What’s Wrong With This Picture?, isn’t exclusively about the perils of fame. A vivid pastiche, both stylistically and thematically, it also provides the Irish troubadour (in terrific vocal shape, sounding fresh and fully revitalized) space to reflect on such disparate topics as romantic fulfillment (in the moonlight-dappled, calypso-tinged “Evening in June”), and the evils of addiction (in “Stop Drinking,” a hard-rockin’ reinterpretation of Lightnin’ Hopkins’ “You Better Watch Yourself”). Morrison also serves up a sizzling “Saint James Infirmary” that brilliantly echoes its gloomy descendent, “The House of the Rising Sun,” then proves even a curmudgeonly pessimist like himself can occasionally find reason to rejoice with the breezily upbeat “Once in a Blue Moon.”

Still, the public and private ramifications of notoriety remain his central theme. In the opening title track, he deals rather impishly with the silly question sure to be on several critics’ (and some fans’) minds: What precisely is a folk-rock artist like Morrison doing on a label like Blue Note? With tongue firmly in cheek, he rationalizes his jazzy new home by purporting, “It don’t mean a thing if it ain’t got that swing and ring-a-ding-ding.” Later in the lyric he insists, “You can’t believe what you read in the papers / or half the news that’s on TV / or the gossip from the neighbors / or anyone who doesn’t want you to be free,” which raises the question: Why get hung up on categorization when you can instead just sit back and enjoy the musical ride?

The bluesy “Too Many Myths” explores what happens when celebrities begin to believe their own press, cautioning, “You put your name up in lights / now you got to keep your game uptight.” The transparent “Goldfish Bowl” spells out his frustration in no uncertain terms, admonishing foes and fans alike: “Just because they call me a celebrity / That does not make it true / I don’t believe in the myth, people / So why should you?” Equally overt, the countrified “Fame” raises a middle finger to unprincipled reporters (and the scandal-loving audiences they attract), growling, “The press has gone and made another mess of it / Just because they’ve got so much invested in it.” Finally, as conveyed with magnificent Phil Spector-esque grandiosity, Morrison yearns for the unlikely day when all the superfluous crap can be shifted aside so that he and his fellow artists can just “Get on With the Show.”

Thumbing your nose at critics can, of course, be a dangerous game. Morrison is sure to be branded a pampered crybaby who has nothing to whine about (not that he likely cares). Conversely, I believe he’s taken a brave step, speaking up for all legitimate entertainers fed up with a society that judges the length of their hair or their last affair far more important than their professional accomplishments. Ironically (but commendably), folk-rock’s working-class minstrel has become the voice of the entertainment elite, articulating the inane vacuity of blind adoration by finally asking What’s Wrong With This Picture? If he hasn’t done so already, Keanu Reeves might want to pick up a copy.