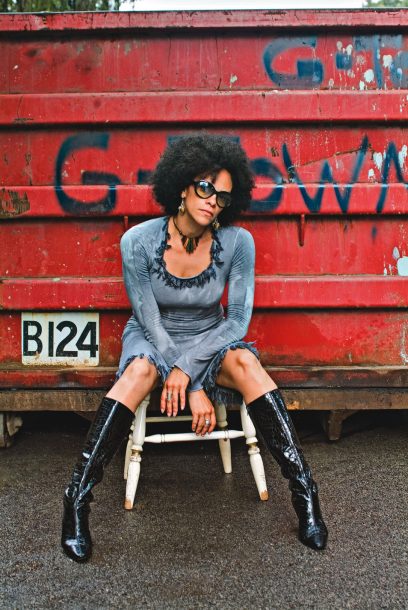 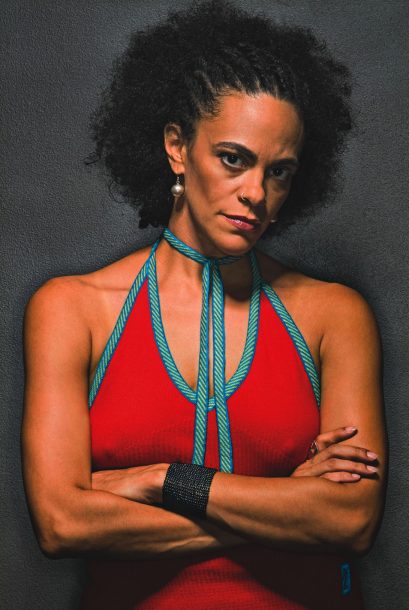 Ursula Rucker laughs a lot. That may come as a surprise to anyone who’s heard Rucker recite her edgy poems: When she speaks, words shoot out like bullets with sniperlike precision. Whether she’s exploring themes of racism, misogyny or U.S. capitalism, Rucker hits her targets dead on. For a moment, though, she’s all giggles as we engage in idle chitchat. But once we begin talking about Condoleezza Rice, Miles Davis, R. Kelly and her new disc, Ma’at Mama (!K7), Rucker’s mood changes and she chooses her words carefully.

The disc’s title references an ancient Egyptian Kemetic principle involving universal balance and truth. Sonically, the CD’s noticeably different from her previous two discs, Supa Sista and Silver or Lead, on which she supported her poetry with gripping electronica produced by top-shelf DJs such as 4Hero, King Britt and Jazzanova. And while Ma’at Mama glows with a distinctive electronica vibe, it’s less dance-friendly than its predecessor. “I think it was hard for folks to accept the poetry on the dance floor,” says the Philadelphia-based poet. “Although I’ve worked with a lot of electronica musicians, and that has kind of gotten me where I am now, I wanted to find more of my own space.”

Straightahead jazz is within her new space, as demonstrated by the steamy “Black Erotica,” produced by bassist Anthony Tidd. “I give so much honor and appreciation to jazz–its artists, soldiers and rebels, who were the activists of their time,” Rucker says. “They were really putting all on the line to go to the places to be heard and have this beautiful art established in this country.”

“Black Erotica” is noteworthy not just because of its acoustic jazz undercurrent; it also shows Rucker musing about the mutual pleasures of sex rather than the sadistic power struggles that often come into play. “The poem is really near to my heart, because the way that black people make love isn’t seen in the full, right light,” she argues. “It’s because of how we were perceived for about 100 years through stereotypes. Our sexuality mutated and became something else: the big black buck, the mammy or a white man’s mistress.”

Don’t let “Black Erotica” fool you, though: Rucker is hardly getting soft. Just check out the sobering “Children’s Poem,” on which she tackles the Bush administration’s “No Child Let Behind” education program. “[That program] is a joke that’s having a laugh on everyone,” she says. “It’s trying to make everyone feel so good about things so they can sneak attack us on something else. I can go on forever about public schools, but then again, if you want your child to attend a private school, the system is not set up for folks like us: hard-working, struggling artists. It’s a precarious situation that kids are in on many levels, which is why I wrote that poem.”

Rucker’s not afraid to delve into the most taboo of subjects in her poems, and when it comes to violence and sex, her poetry is can be unflinching and graphically honest. “I have a lot of issues with fear,” she says. “I’m really shy, even though people don’t believe me. In general conversation, there are still things that are hard for me to talk about. When I write poetry, it’s a way for me to deal with all of my issues. Although it might be frightening at times to put myself out there, writing poems is the most liberating thing for me.”