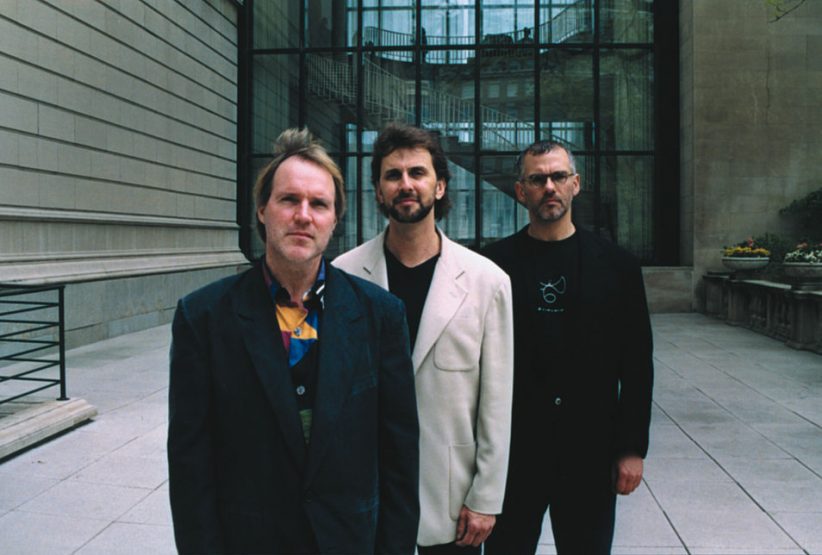 The piano trio known as Union-comprising pianist Laurence Hobgood, bassist Brian Torff and drummer Paul Wertico-revels in the depth of its triologue: even among the multitude of bands that have honed Bill Evans’ concept of trio democracy, Union stands out. But when you consider that the band has performed together barely a dozen times-including club gigs and the recording sessions that have led to its two discs-the achievement becomes a little eerie.

“We pretty much base everything we do on listening to each other,” says Hobgood by way of explanation, fully aware that his statement amounts to something of a cliché in modern jazz. “The core fraternity of jazz is made up of people who know that, whatever other skills they have acquired, deep listening is at the heart of the music. But there is a range with respect to that. And I think the way we listen to each other, and the choices we make in our improvising, emphasize an empathic construct even more than other groups that listen a lot.”

The goal of shared responsibility and opportunity helps account for the trio’s name; it also reflects the connection felt by drummer Wertico (of Pat Metheny’s bands) and bassist Torff (known for his work with George Shearing and Marian McPartland) when they hooked up in an impromptu duo at the 1995 LaCrosse Great River Jazz Festival in Wisconsin. The festival is a tried-and-true traditional-to-mainstream event: both musicians were there as sidemen in swing-to-bop bands, and had never played together before. But as Wertico recalls, “The chemistry was, like, instant.” When Torff suggested that they work together some more, perhaps in the Chicago area (where Wertico lives), the drummer hoped they could include one of two local players: either pianist Hobgood (with whom he’d worked in vocalist Kurt Elling’s band) or guitarist John Moulder, the lead voice in Wertico’s own power trio. They got both for one gig, then coalesced into the current lineup-as the Brian Torff Trio-for a performance the next night at the Union Church in suburban Hinsdale, Ill.

They didn’t work together again for nearly six months; then, as the newly rechristened Union, they performed again in the Chicago area and recorded the next day for their eponymously titled debut, a lovely if rather tame collection of mainly ballads. They played one or two more gigs in ’96, a handful of nights in ’97, and in Dec. 1998 they recorded their second album, State of the Union (Naim), having hardly worked as a unit for the previous 10 months. Yet with Torff’s unerring intonation and beat serving as a fulcrum for Wertico’s crisp complexities and Hobgood’s classically-oriented textures, the album ranks among the leading piano-jazz discs of 1999. Hobgood emerges as the lead voice, of course; but he doesn’t grab the spotlight so much as the others nudge him toward it, using their own selfless drive.

“This is a group of three leader personalities,” says Hobgood, “who also happen to have each gained enough maturity and self-confidence to say anything to each other about the music.” As a result, in lieu of a de facto leader, “we police ourselves,” he adds. Which leaves the state of this Union in very good hands.