Skip to content
Become a member and get exclusive access to articles, live sessions and more!
Start Your Free Trial
Home > JT Archives > Uncovered: Album Art in the Digital Age 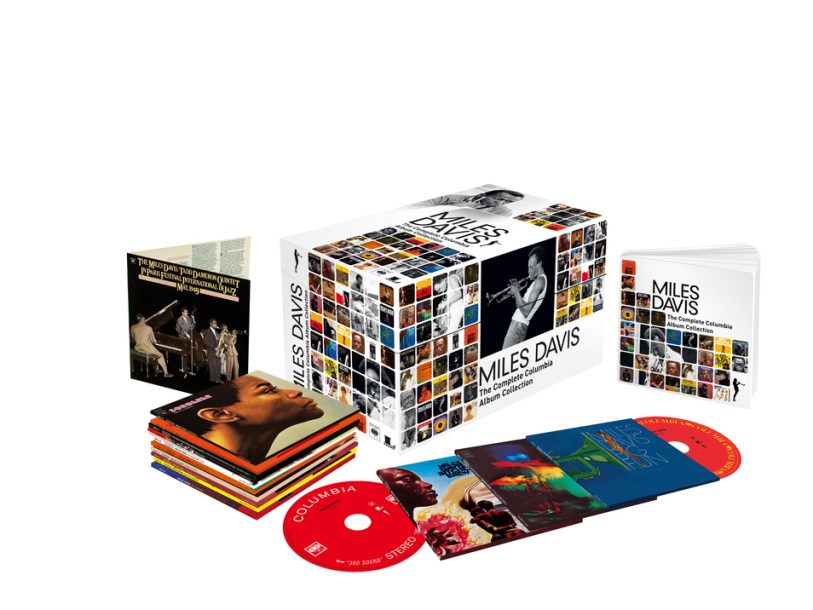 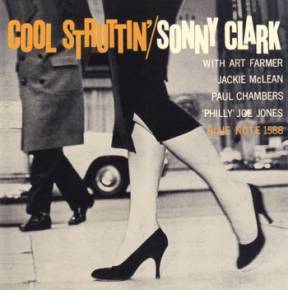 Crate diggers-music geeks with a particular affinity for obscure vinyl albums-fawn over vintage LP cover art. A hardcore crate digger will drop some serious coin for a rare groove and a hot sleeve. Serious coin.

The appeal of eye-catching photography, typography and graphics goes hand-in-hand with the history of jazz. You have only to look at coffee table books such as Geoff Gans’ Prestige Records: The Album Cover Collection (Concord Music Group/Rare Cool Stuff), Julius Wiedemann’s Jazz Covers (Taschen Books) and Graham Marsh’s Blue Note: The Album Cover Art (Chronicle Books) for evidence of LP artwork’s eminence. And that extends to the worlds of high-fashion T-shirts, posters, screen prints and DJ culture, wherein many contemporary graphic artists tweak the iconic designs of Reid Miles (of Blue Note Records), Paul Bacon and Ken Deardoff (of Riverside), and Tom Hannan, Don Martin and Esmond Edwards (of Prestige) for flyers and posters.

When the CD came into prominence as the most popular music format, record companies strained themselves in trying to reproduce the allure of LP artwork. Sometimes they failed miserably, especially when it came to certain reissues. Note how the magnificence of Miles Davis Kind of Blue or John Coltrane’s Giant Steps is reduced when the artwork shrinks from 12 square inches to 12 square centimeters.

“I’m still irritated that all of the companies, with just a few exceptions, used the same CD packaging,” says Stefan Winter, founder of the German-based label Winter & Winter. Between 1985 and 1995, Winter ran JMT Records, the precursor to Winter & Winter, with distribution through PolyGram. He recalls his frustrations in trying to adapt the colorful modern designs of Stephen Byram, Yoshitomo Nara and Günter Mattei to the disc format. “Everything looked absolutely terrific,” Winter remembers. “Then, when we finally printed these artworks and put them into these plastic CD cases, a certain part of the attraction was lost. That was a big irritation for me.”

Luxurious CD box sets allowed for more extravagant packaging, with glossy books filled with informative essays and rare photography. As for the single discs, some labels-such as Winter & Winter, with its beautiful, svelte cardboard sleeves-threw the jewel case away and started from scratch, creating singular packaging that is instantly recognizable.

Indeed, one would be hard pressed to name a contemporary label that’s producing music packaging to make collectors go gaga, to the point of spending top dollar simply for the artwork. Still, there are a handful of labels, including Winter & Winter, ObliqSound and Thirsty Ear, that place high premiums on artwork. “Oftentimes art is just thrown in there because you need a picture,” says Peter Gordon, founder of Thirsty Ear Recordings. “You know, the artist just holding a horn or playing a piano. That can be a nice image but it doesn’t really give you anything extra to the music itself. We don’t do that.

“We strongly believe that music is often interpreted through colors,” Gordon says, referring to Thirsty Ear’s Blue Series. “We thought that would speak volumes about the music and complement it. As an industry we have to work to create collectables for people. You have to think about music asking, ‘Is this something that you want to own?'”

And while Blue Note Records no longer adheres to the more unified look it did during its hard-bop heyday, the company still values engaging artwork. “I think the element of art with music is still an important partnership when it comes to selling music,” says Gordon Jee, vice president of creative services at EMI Music, Blue Note’s parent company.

Jee acknowledges the greatness, design-wise, Blue Note has already established through Francis Wolff’s photography and Reid Miles’ art direction, noting that the label has moved away from that boilerplate but hopes to continue the label’s strong artistic legacy. “With the newer covers we’re putting out, we’re hoping to have some of the same success that Reid Miles had with his covers,” Jee says. “The CD concept, with 5 inches square, still allows a designer to present a lot of information and have a lot of fun in creating visuals for a recording.”

With the enormous impact of the iPod and digital downloads, music is becoming increasingly dematerialized. According to a December 2008 Nielsen SoundScan yearend report, digital album sales reached an all-time high with more than 65 million sales last year, up from 50 million in 2007. Some industry experts predict that digital sales will eclipse physical CD sales in the U.S. by 2010. And judging from major outlets such as Tower Records and the Virgin MegaStores vanishing, it certainly seems like that’s the case. In the same report, Nielsen SoundScan noted that album sales at non-traditional music outlets (e.g. digital, Internet, mail order, concert venue, non-traditional retailers) hit an all-time high with sales breaking the 100 million mark for the first time.

Indeed, the shifting behavior patterns of music consumers are seriously impacting the popularity of physical music distribution. Perhaps it’s a generational thing or a matter of decreasing living space, but music fans are not only buying their music via downloads, but also transferring their existing catalogs from LPs and discs to MP3 files.

So what does that mean for the music artwork? As we move forward in a digital age, will music packaging return to the days before Alex Steinweiss introduced cover art in 1939 with Columbia Records? Prior to Steinweiss convincing Columbia that it could attract a greater buying public if it invested more in quality graphics-he did this right after the Great Depression, mind you-music companies were more interested in selling players than actual records. 78 rpm shellac records came wrapped in generic brown paper or cardboard covers.

In regards to reissues of, say, Miles Davis’ On the Corner or those legendary gatefold Impulse! LPs, record companies eventually learned how to extend the richness of Corky McCoy’s ghetto-fabulous cartoons and Joe Lebow’s magnificent juxtaposition of photography and typography for Impulse! Just reference elaborate, if costly, packages such as Columbia/Legacy’s The Complete On the Corner Sessions and Universal Music’s The House That Trane Built: The Story of Impulse Records. How will labels continue this tradition if music becomes completely cover-less? Twenty years from now, will young jazz fans know who Wolff and Miles were? Will they even care?

The rest of this article can be found in the December 2009 issue of JazzTImes.