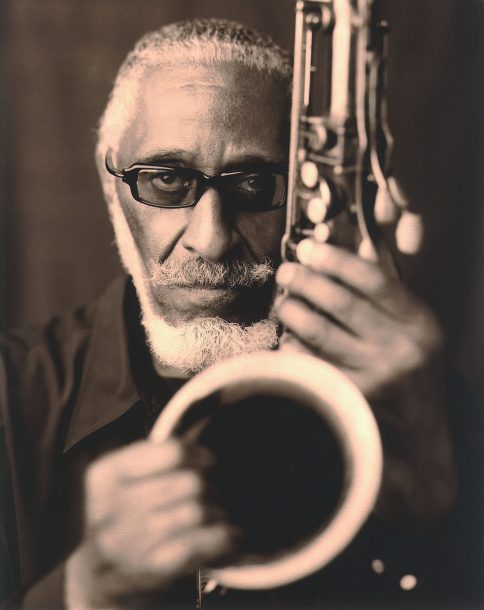 Umbria is the most bacchanalian of jazz festivals. Somehow the medieval walled hill town of Perugia survives the annual invasion of 400,000 revelers. Somehow in mid-July normal life carries on. But when you emerge from Teatro Morlacchi or Teatro Pavone after a midnight concert, the cobblestone streets at 2 a.m. are still teeming. In the Piazza IV Novembre, crowds dance to pounding congas around the Fontana Maggiore and spill onto the steps of the Duomo. Jugglers and fire-eaters ply their trades on the Corso Vannucci.

This year’s festival provided a series of natural opportunities for comparison and contrast. For example, the three vibraphonists who are arguably the most important living practitioners of their instrument all appeared. Gary Burton played the big outdoor sports stadium, Arena Santa Giuliana, and filled most of the 4,500 seats. Many were there to hear Burton’s sideman Pat Metheny, who may have disappointed his fans by only achieving his signature state of keening out-of-body catharsis once or twice. The Burton group mostly played disciplined, concise, intricate, trebly music. Volatile drummer Antonio Sánchez sounded atypically subtle but still swung. Burton has taken the four-mallet technique (which he largely invented) far beyond any other vibes player. Yet his virtuosity always serves the music. He swirled three- or four-note chord voicings around his single-note melody lines, and on this night blended them with myriad pinpoints of light from Metheny’s guitar. In its sheer timbral luxuriance, a ballad like “Coral” proved that any melody sounds more important, richer in implication, when played on the vibes.

Joe Locke proved it too, again and again. He was a resident artist at the festival and played 11 sets in 10 days with his Force of Four quartet (Robert Rodriguez, piano; Ricardo Rodriguez, bass; Johnathan Blake, drums). He played in the Rocca Paolina (a 16th-century underground fortress), and his extended engagement allowed him to take many varied paths through his own graceful, melancholy ballads (“Saturn’s Child,” “Available in Blue”) and Robert Rodriguez’s harmonically ingenious “Like Joe.” Locke also keeps four mallets in his hands for chording, but (unlike Burton) usually uses only two. Locke can fool you, because he is an impulsive, demonstrative showman, and blindingly fast, but he is also an orderly thinker with a highly developed sense of form.

Bobby Hutcherson (in a midnight concert at the Morlacchi, the largest and most ornate of the two 18th-century theaters) was the sparest and most deliberate of the three vibraphonists. Unlike Burton, and certainly unlike Locke, he made you come to him. With two mallets, he carefully picked out the bare shapes of melodies like “For Sentimental Reasons” and “Spring Is Here.” Played on the vibes, those melodies seemed to hang forever in the air.

Another inevitable occasion for comparison and contrast came from the proximity of three drastically different big bands. Gianluca Petrella is widely held to be the best young trombonist in jazz, but his latest project, his all-Italian 10-piece Cosmic Band, is about collective mayhem and channeling Sun Ra. They played Sun Ra pieces like “Prelude and Shadow Lights” and “We Sing This Song,” and Petrella originals whose titles give some idea of their physical clout (“Elephant vs. Hippo”). For all this band’s raw, primal energy, Petrella was calculating in his deployment of available resources, triggered by hand signals: huge crashing eruptions, lonely bass ostinatos, additions and subtractions and recurrent motives within the ensemble, blasting two-note riffs kicking off plunger trombone solos. (When Petrella leans and reaches for a low note, he looks like a python striking.)

Miles Evans is the son of Gil, yet the band that is building on the truest legacy of Gil Evans is the Maria Schneider Orchestra. Schneider’s elegant, meticulous, haunting compositions (“Concert in the Garden,” “Sky Blue,” “Cerulean Sky”), and the complex textures of her arrangements, recall Evans’ finest work. Schneider’s band also contains some of the strongest soloists currently found in any large jazz ensemble, like tenor saxophonist Rich Perry and alto/soprano saxophonist Steve Wilson.

Bill Frisell (seven concerts) and Pat Martino (10) were artists in residence at the Pavone and presented two diametrically opposed concepts of jazz guitar. Martino is a wizard who stands like an expressionless statue and lets fly with one technically astonishing solo after another. Other guitarists are in awe of him for good reason, but there is something cold and mechanical about his music. Frisell, who looks like a junior high school social studies teacher, is a sound sculptor who happens to play the guitar. He has a dark side, which emerges when his constantly transforming patterns and startling digitally multiplied note choices suddenly become shrieks and hums and lethal rasps. A Frisell set is by definition a single loosely connected medley. He noodles and fidgets and finds an opening that eventually may become “What the World Needs Now” or “A Hard Rain’s a-Gonna Fall” (in drops of purest crystal). Songs do not so much end as fall away when he moves on.

Perhaps the most interesting comparison provided by this year’s festival was Sonny Rollins and Charles Lloyd. Rollins was the jazz headliner. (Umbria is big enough to also present R&B and rock headliners like Alicia Keys and R.E.M.). In his only appearance in Italy this year, Rollins came close to filling the Arena Santa Giuliana, and so excited the crowd that they rushed the stage. It looked for a while like Umbria was going to see its first mosh pit.

Sonny Rollins is a living embodiment of so much important jazz history that his presence was electric even before he played a note. He walked slowly and stiffly onto the stage, resplendent in flowing crimson shirt and white beard, and knocked 4,000-plus people back in their chairs with his opening blasts on “Sonny Please.” He charged like the cavalry through his own “Nice Lady,” and played a brusque, blustery, unsentimental “In a Sentimental Mood.” That Rollins, approaching 78, can still manhandle the tenor saxophone with such speed and power and stamina is exhilarating to behold.

But a Sonny Rollins concert is now more an immersion in nostalgia and a defiance of the passage of time than a creative occasion. Rollins’ band (Clifton Anderson on trombone, Bobby Broom on guitar, Bob Cranshaw on bass, Kobie Watkins on drums, Kimati Dinizulu on percussion) is there to provide the leader with a solid groove format of support, not to challenge him or display imagination of their own. On one tune, Cranshaw (Rollins’ bassist for half a century) played the same rhythmic figure for 10 minutes. Anderson is an interesting soloist for one chorus but sometimes plays five. Rollins lets tunes go one far too long, and his famous cadenzas now involve so much repetition that sometimes they approach a kind of saxophone Tourette’s. Still, when he honked and wailed on “Don’t Stop the Carnival” and turned the crowd maniacal, you would have needed a heart of stone not to grin.

The contrast with Charles Lloyd is dramatic. That same night, Lloyd played the Morlacchi at midnight to an audience of several thousand fewer people, and provided them with real-time revelations at the extremities of feeling. Lloyd recently turned 70, but he has not lost his curiosity, and he is now playing some of the deepest music of his life. He chooses to surround himself with the strongest players he can find (who happen to be about 40 years younger). On “Come Sunday,” after Lloyd played the melody for one quiet, fervent chorus at the top of the tenor saxophone’s upper register, Jason Moran took Ellington’s song apart and rediscovered it in huge freeform blocks of whole notes. Moran is Lloyd’s new pianist (in a distinguished line that includes Jarrett and Petrucciani and Stenson and Mehldau), and the confrontation between his edginess and Lloyd’s fluidity is jarring and sublime. Drummer Eric Harland and bassist Reuben Rogers energize and elevate the ensemble and solo suspensefully (Harland) and poetically (Rogers, both pizzicato and arco). Lloyd was in a zone on this night. “Hymne to the Mother” and “Rabo De Nube” were convoluted journeys into light.

Hearing Rollins and Lloyd back to back makes you wonder about the significance, if any, of jazz polls. Rollins wins all the polls in the tenor saxophone category. Lloyd finishes several places down the board. If a poll is defined as “Who among living players has made the greatest contribution to the tenor saxophone?” then the poll results are appropriate. If a poll means “Who is playing the most tenor saxophone now?” then the positions of Rollins and Lloyd should be reversed.

In a festival that included 350 artists and almost 300 concerts, a highly selective list of additional highlights must include Carla Bley’s quintet with Paolo Fresu, Riccardo Arrighini’s ambitious Puccini project with 13-piece string ensemble, and K.J. Denhert, who played every day in the Giardini Carducci and also opened for Alicia Keys. Denhert’s tight “urban folk and jazz” band appeals to the body (drummer Raymond Levier and bassist Mamadou Ba are wonderfully nasty) and the mind (Denhert’s own songs are metaphorical and literate).

Of course, there were some low points. Herbie Hancock’s histrionic inanities at the Arena were embarrassing, wasting the talents of Chris Potter and Dave Holland. One of Hancock’s two female vocalists provided perhaps the lamest public performance in history of Joni Mitchell’s great song “River.” James Carter’s set at the Morlacchi was an exercise in vanity, self-indulgence, nasality, supersonic chops and tastelessness. (The crowd loved it.) Brad Mehldau gave the only disappointing concert that this writer has ever heard him play, sometimes tentative and meandering, sometimes obsessively repetitive.

After the 10 days have blurred in memory, certain moments, certain aural and visual images, will remain.

On the last night, from the hill above the Arena Santa Giuliana, the R.E.M. concert, under a full Italian moon, was a stunning sight. The 4,500 seats had been removed, and the same space now held 12,000, a human sea, surging and receding.

Several nights prior, long after midnight, in a concert by Enrico Rava dedicated to Chet Baker, Rava’s trumpet suddenly fell silent, leaving guitarist Philip Catherine and bassist Riccardo Del Fra alone. Catherine chorded softly and Del Fra played, like a ritual, an incantation, the unadorned melody of “I’m a Fool to Want You.” Over and over again he returned to it, and each time it grew in power like a prayer.