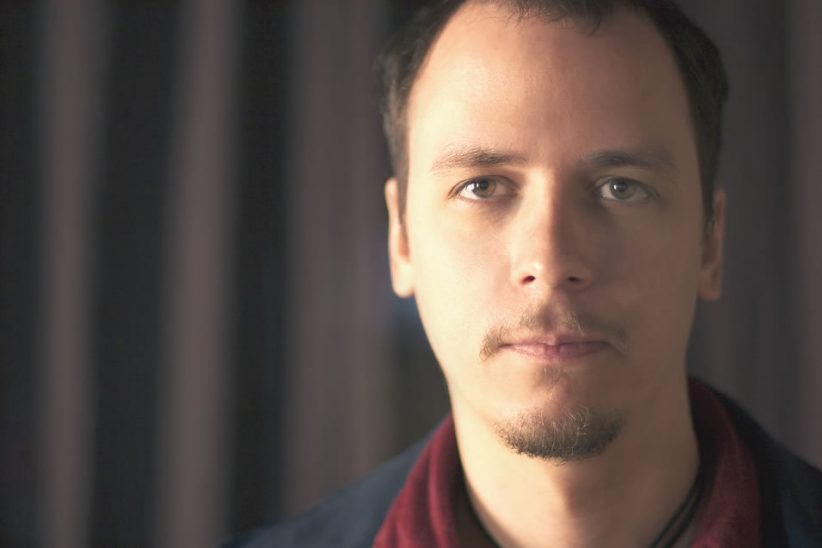 When you have been to Ouro Preto and come home, Ouro Preto is remembered like a dream. Did you really wind your way in the misty mornings down those twisting streets of buckled cobblestone? Were those streets really so steep that sometimes, around a bend, you looked down on the bell towers of baroque churches, and up at whitewashed houses with red tile roofs on the far hillsides? After midnight concerts, did you really slowly climb those same streets back to your hotel, stopping for breath and turning to see the valleys below lit only by moonlight?

Ouro Preto is actual. It is the most famous of the old Gold Towns in the state of Minas Gerais in southeast Brazil, a UNESCO World Heritage Site, and a sublime setting for a jazz festival. Tudo É Jazz is now in its seventh year. It began as a small two-day affair in 2002, and has grown into one of Brazil’s most important annual jazz events. This year there were three nights of concerts (four bands per night) in the 900-seat Palco Salão Diamantina auditorium, and also free concerts outdoors in one of the town squares, Palco Praça Reinaldo.

On the fourth night, a Sunday, there was a free concert in Praça Tiradentes, the town’s central square. It was titled “Homenagem A Milton Nascimento,” and it began with the Orquestra Sinfônica De Minas Gerais playing Nascimento’s greatest hits. The crowd overflowed the square, spilled into side streets, hung out of second-story windows above the stage, and climbed halfway up the statue of Tiradentes (the martyr of Brazil’s independence). When the massed strings of the orchestra launched into Nascimento songs like “San Vicente” and “Paula E Bebeto,” the crowd roared. The second half of the evening featured Nascimento himself in a long set with his band and special guests Wayne Shorter and Ron Carter.

Nascimento’s pure, soothing tenor voice and Shorter’s piercing soprano saxophone abstractions are still as improbably complementary as they were in 1975, on Shorter’s album Native Dancer. Shorter played with exceptional imagination, coherence and stamina on this night. Carter fared less well, searching for a meaningful role as the second bass player in Nascimento’s band.

The final Sunday concert was a popular and artistic success, but Ivan Monteiro (who, with Maria Alice Martins, makes the international programming decisions for the festival) was even more proud of the first three nights. Monteiro explained the festival’s booking philosophy: “Of course we bring in some ‘names.’ But I love to find great players around the world who are still not widely known, and introduce them to the Brazilian jazz audience. I love it when I come upon a CD by someone I don’t know, or barely know, and get blown away, and track that artist down and bring him or her to our festival.”

An example of such programming was the Bojan Z Trio (Bojan Zulfikarpasic, piano and Fender Rhodes; Thomas Brameire, bass; Martijn Vink, drums). Monteiro and Martins discovered the group on an album called Xenophonia, and brought them in from Serbia. This trio recalled Brad Mehldau’s in the way they could hit a groove and hypnotically, obsessively ride it, then splatter it in several directions, then return to the groove and ride it back down. But Zulfikarpasic is more interested than Mehldau in the creative possibilities of musical conflict and electronics. A piece from the Monty Python film Life of Brian contained jarring shifts in tempo and simple melodic fragments eerily multiplied through a digital delay. “Wheels” was a heavy-metal-thrash-guitar blowout with no guitar present, only Zulfikarpasic manipulating keyboards.

This year’s festival also tapped deeply into the Israeli/New York City jazz movement. Yaron Herman, Omer Avital, Yonatan Avishai and the Cohen siblings (Anat, Avishai and Yuval) were all born in Israel, and most are now very visible members of the New York jazz scene. Pianist Herman played with his trio. The others appeared in Third World Love, the Cohens Sextet, and the Jason Lindner Big Band-some in one, some in two, Avishai Cohen and Avital in all three. The three ensembles played classy, erudite, multicultural jazz that swung, though rarely in 4/4.

The nerve center and life-pulse of all three bands was bassist Omer Avital and his wicked, oscillating ostinatos. Avital’s rhythms draw on many sources, from Middle Eastern to Indian to Oscar Pettiford. There is never a clear distinction between his solos and his accompaniment because he is an ongoing outpouring of motivational energy. Avishai Cohen was a sharp soloist for all three bands, with a clarion trumpet sound and an oblique concept of melodicism. The musicianship of Anat Cohen was also manifest in the Lindner Big Band and the Cohens Sextet, especially on her own “Tfila” (“Prayer” in Hebrew). She set off the extravagant silvery lyrical clarinet streamings that have made her the most promising new voice in jazz on that once neglected instrument. “Tfila” was the best piece by the sextet, and very sexy for a prayer.

The Jason Lindner Big Band played at midnight on the second night, and was one of the festival’s highlights. At 11 pieces, the band was almost as light on its feet as a small group, yet possessed the scale to present complex charts like Lindner’s “Involved” and Avital’s “Song for Amos.” Every piece was built on intriguing internal contrasts. Songs could croon, then go cacophonous. Transitions could become central themes. Music might hurtle forward, then hit a wall. When all the collective ensemble details gave way to individual soloists, this band had strong ones, like Anat and Avishai Cohen, alto saxophonist Yosvany Terry, trombonist Joe Beatty and Jay Collins on tenor saxophone and flute. Collins also sang on “Poem for You Today,” a very funny, sad song. Collins may have picked up some of his truth-telling vocal style from his frequent employer, Gregg Allman, and his father-in-law, Levon Helm.

Also in the indoor venue were the Hadouk Trio, Michel Portal, Karrin Allyson, Nicholas Payton and Omar Sosa. (The town outside may have felt frozen in the mid-18th century, but the auditorium was modern, with an excellent sound system overseen by the Diretor De Sonorização, Fabrício Otoni.) The free outdoor concerts presented acts from Brazil, Africa and New Orleans. The most memorable was the Quarteto of the remarkable Brazilian accordionist Renato Borghetti, who also soloed on the last night with the symphony orchestra.

Jazz festivals are not competitions, but if there are no winners, there are consensus favorites. In Ouro Preto they were Kurt Rosenwinkel’s trio and Christian McBride’s quintet. On the second night, Rosenwinkel, surprisingly, led off with three straight standards. They were virtually the first standards heard at the festival up to that point, but they were fresher and more wide-open than anything that came before them. Among current jazz guitarists, the generally accepted ruling triumvirate is Metheny, Frisell and Scofield. Rosenwinkel is very close to that level, and he is just as technically and creatively differentiated from those three as they are from one another. He has always been an edgy player, and yet his chordal solos are as elegant as those by George Van Eps, and his clarity and comprehensiveness are like a postmodern version of Joe Pass. He played two Joe Henderson lines, “Serenity” and “Inner Urge,” precisely articulating each and then exploding them in showers of stars. Bassist Eric Revis told stories with his solos, and new drummer Obed Calvaire is a talent to watch. Like the best of the new generation of drummers (e.g. Antonio Sánchez, Eric Harland, E.J. Strickland), Calvaire is way beyond keeping time. He breaks up his vast quantities of percussive information into free forms of energy, and still stays crisp, and still leaves space.

Christian McBride’s midnight set on the third night was only the second public performance by his new quintet: Steve Wilson on alto and soprano saxophones, Warren Wolf on vibraphone, Eric Reed on piano and Carl Allen on drums. The format was strictly conventional-head/solos/head-but those solos mostly killed. Steve Wilson is one of the great sidemen in jazz. On McBride’s “The Movement Revisited,” his alto statement was an impossibly fast, glorious blur. Reed was best on “For Tomorrow,” a classic McCoy Tyner anthem and summons. Warren Wolf is an impressive new quick-on-quick two-mallet vibraphonist. As for McBride, he grins and never seems to work hard and generates continuous bass output of astonishing speed and complexity. His solos were exhilarating onslaughts except for “Tenderly,” which he opened with an achingly slow, resonant arco prologue that filled the auditorium.

Tudo É Jazz, given its setting out of a children’s storybook, the consistent quality of its music, its laidback Brazilian atmosphere and its to-die-for Brazilian food, was, even more than most jazz festivals, an immersion in sensory gratification. One day at lunch, the excellent restaurant Acaso 85 (for carnivores only) was filled with jazz fans and festival staff and journalists and musicians. Among the musicians were the Kholwa Brothers from South Africa, who had played outdoors the night before. After their meal, still seated at their table, they broke into song. They sang softly in their African language, in rich, haunting harmonies. It was like Ladysmith Black Mambazo, but in a whisper. The diners were a rapt audience, and the magical moment became one more way for this festival to exceed expectations.