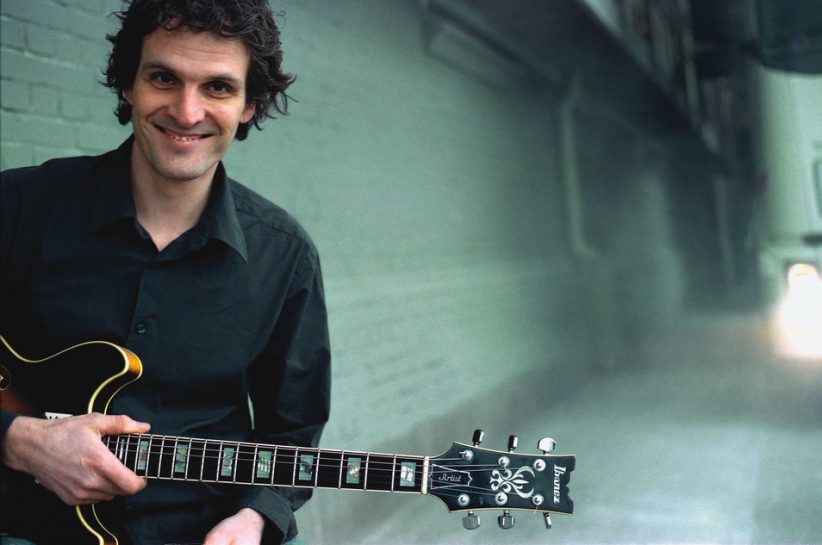 First of all, kudos to Queva Lutz, proprietor of New York’s 55 Bar, for creating a haven for recent Berklee College grads and other emerging young jazz musicians from all over the globe to hang, absorb the scene and occasionally showcase their talents. Her intimate club in Manhattan’s West Village (formerly referred to during a previous stewardship as “The Dump”) has become the place in town to regularly catch established New York artists in an up-close and personal setting. Danish guitarist Torben Waldorff is, no doubt, one of the hordes of up-and-coming guitarists who have made the pilgrimage down to the 55 Bar to sit slack-jawed at the feet of Mike Stern, Wayne Krantz and Adam Rogers. On this live outing he gets his chance to shine.

The mood here is uncharacteristically mellow for the 55 Bar, which is generally a place where chopsmeisters like to stretch out and burn. Opening with the relaxed, nicely melodic “Alice,” Waldorff establishes an affecting Bill Frisell Trio vibe with drummer Jon Wikan laying down a supple backbeat with brushes as bassist Matt Clohesy lays down nearly subliminal lines on upright. The guitarist’s Berklee schoolmate Donny McCaslin carries the simple melody with patient long tones as Waldorff comps behind him using rich chordal voicings that he turns into a simple, gem-like solo. They reprise this relaxed, minimalist chemistry on the haunting brushes ballad “Astro,” a great vehicle for McCaslin’s remarkably expressive tenor voice, and on the soothing closer “Jeep,” which has drummer Wikan making Zen-like use of space in his coloristic approach to the kit. Only on Waldorff’s driving “Jurotrash” and McCaslin’s edgy “Seen From Above” do they get into more agitated exchanges. That’s when McCaslin accelerates, unleashing his commanding facility and signature intervallic leaping.

Waldorff’s best playing here happens when he’s less concerned with chops and more immersed in the mood. His frenzied single note flurries on “Jurotrash” fall short of the high-water mark that Stern, Krantz and Rogers have already established. But he strikes a more winning style with his clean articulation, nuanced touch and deliberate approach on ballads like “Astro” and “Jeep.” Bassist Clohesy, a fairly recent transplant from Australia, anchors the session with sparse, authoritative playing throughout.