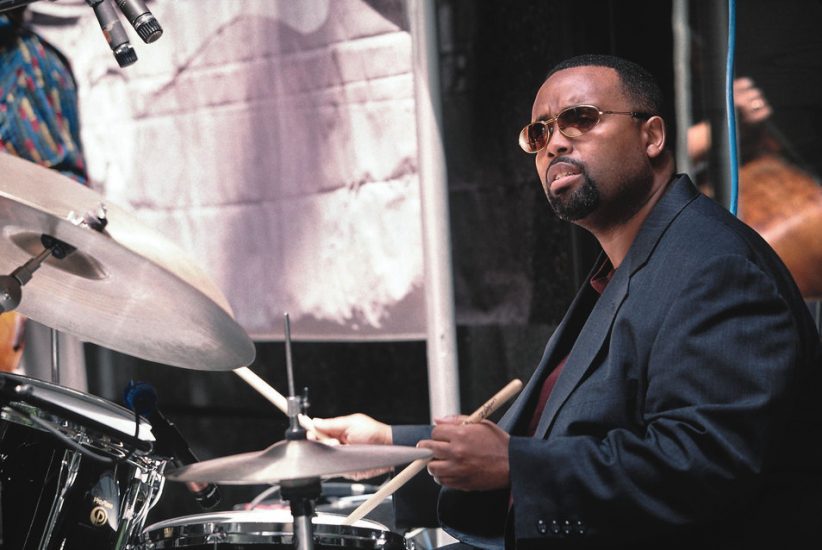 I first met Tony around 1993 when he called me up to play on his CD called Minor Thang. Needless to say I was honored, as I had been a fan of Reedus’ playing since hearing him with Woody Shaw’s band in the ’80s. From that day on, Tony always had my back, not only musically, but as a friend as well. Tony could come across as a little salty when you first met him, but once you got past the gruff exterior, he was a sweet cat underneath, with his own lingo. I’m going to miss hearing all his Reedy Reed-isms: “Rad-a-Risshus,” “He came at me in that key,” “That shit was not correct,” “That stuff was kind of tricky, Stryker”…

Now, along with his uncle, James Williams, we’ve lost a part of the New York jazz community. In one of the last e-mails I got from James right before he passed, he wrote, “You need to call Tony,” which meant he wanted us to keep playing together. We had a trio together the last five years with Jared Gold on organ, and we shared some great musical moments and laughs, although after one road trip across the Midwest, he said, “No more vans, Strike.”

Tony came to New York from Memphis in the early ’80s after getting the gig with Woody Shaw, replacing Victor Lewis. He compared it to a baseball player “going from single-A to the Show.” Victor remained one of Tony’s heroes, as did Louis Hayes. But as great as Tony played, he stayed pretty humble. He left a gig recently on his way to hear Hayes, saying, “Now I’m going to go hear a real drummer.”

Tony shared an apartment with his friends Mulgrew Miller and Kenny Garrett in those early New York years. It didn’t take long before Reedus was a busy drummer on the scene. He eventually played with practically everybody, including Freddie Hubbard, Milt Jackson, Benny Golson, Billy Taylor, Eddie Harris and Art Farmer. He also worked and recorded with his peers on the NYC scene like Mulgrew, James Williams, Kenny Garrett, Joe Lovano, Jim Snidero, Joe Magnarelli, Mike DiRubbo, Steve Davis, Mike LeDonne, Bill Mobley, the Stryker/Slagle Band and had recently been working with Paula West’s quartet.

Tony had the one thing that all musicians strive for: his own sound and personality on the drums. His beat was wide and he had a distinctive feel on the ride cymbal that was purely Reedus. He also had a lot of power and drive and when he took a solo, there was no indecision-just get out of the way! In an interview, he said about the beat, “It’s a heavy feeling that makes people want to pat their feet, sway back and forth. When people come to see you play, they want to escape, they want to feel good. Music is a celebration of life that comes from the heart.”

Reedus recorded four albums under his own name. He was always thinking ahead and talking about plans for projects he wanted to do. He even found time to return to school and get his degree from Rutgers in 2005. To his friends like Billy Drummond, Mulgrew and Gerard Harris, he was true blue. He also believed in “passing it on” and took young drummer Jerome Jennings under his wing, inviting him into the family, when Jerome first came to town.

Besides music Tony loved two things: his family and sports. He had recently married Niecy after 18 years together, and they have a beautiful daughter, Cameron, who is 5. He loved helping to take care of her and picking her up from school after a rehearsal. When it came to sports, Tony was a Cowboys and Cardinals fan all the way, although he told me, “Niecy always has the Mets on at our house!” In one of our last conversations he told me he was starting to get fed up with football. “Man, with those touchdown and sack dances it looks like those cats are auditioning for Soul Train!”

Yes, I miss Tony’s big heart and big beat, big time, but he sure kept a lot of people swinging while he was here.