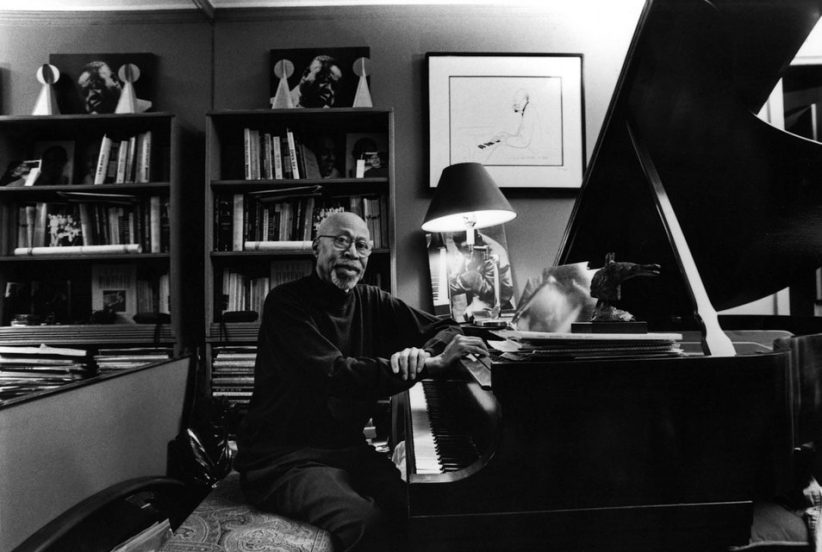 Tommy Flanagan and his wife, Diana, live in a comfortable apartment on Manhattan’s Upper East Side. There is a welcoming warmth about the place, a feeling of a long life happily lived. Books line the walls of every room and mementos from worldwide travels crowd tables and shelves supplemented by several flower arrangements. A grand piano dominates the living room.

Tommy, still slim at the age of 70, is a very private and unassuming person, while Diana exudes an enthusiasm and energy that complements his reticence. Mementos of Tommy’s many unforgettable years as Ella Fitzgerald’s accompanist and a jazz piano pioneer are abundant, including books and scores from times gone by.

When I ask him about computers and cutting-edge audio equipment, his answer is: “I’m in touch with the past, I keep the faith with simplicity, I even still have a rotary phone.”

Tommy neither owns a car nor drives, but Diana loves to drive-when they’re abroad on one of his many gigs they rent a car and explore the countryside. “We both love France and we have driven the length of the country several times. We taste the wines, stay in chateaus overnight, enjoy the wonderful local food and explore the history of the country. Every time I’m playing in Europe I try to visit France. Ireland fascinates me as well and I have traveled the length of it.”

Tommy is a dedicated New Yorker and he takes full advantage of all the city has to offer. He regularly visits the museums, especially the Metropolitan, where he immerses himself in the classical arts, but the Museum of Modern Art’s impressionist paintings absorb him as well. He is a devoted theatergoer and still raves about the last play he saw, For Colored Girls Who Have Considered Suicide/When the Rainbow Is Enuf. And he regularly goes for walks in Central Park. When abroad, Tommy also tries to visit the art museums. Amsterdam’s Rijksmuseum, with its treasure trove of Van Gogh paintings, is one of his favorites.

When it comes to music, Tommy’s heroes are the giants of the ’50s: Coleman Hawkins, Duke Ellington, Dizzy Gillespie, Art Tatum, Ben Webster, Charlie Parker and Teddy Wilson. Only lately has he come to appreciate Louis Armstrong. But he also loves Chopin, Ravel, Bach and Beethoven.

On his vacations, what few he has taken, Tommy likes to visit Cape Cod or spend time with his grandchildren in California. “They are very active and exhausting,” Tommy says, but he takes them to Redondo Beach or baseball games, which he loves as well. Athletics fascinates Tommy and he watches all sports on television and often attends games. “I could gave been a contender in long-distance running, but now I go for long walks,” he says.

Tommy’s life is active. He has concerts coming up in Japan and Milan and at the Blue Note. He’s working on a CD of Billy Strayhorn’s music. He wants to visit Greece, especially the ancient temples, and Cuba. He’s still curious about the treasures of antiquity and hopes to revisit Rome to explore further.

And his mementos? He keeps a Rolex Gold Oyster watch and a gold I.D. bracelet, both gifts from Ella Fitzgerald.

How do you define your clothing style?

I used to be quite elegant, but now I pick up clothes wherever I travel. A jacket in France, a sweater in Italy.

The biography of Billy Strayhorn: Lush Life by David Hajdu

I love photography and I own a Leica camera.

I love dogs. I used to have an Irish setter, but in New York pets are too much trouble.

Do you prefer city or country life?

I truly love this city and what it offers.