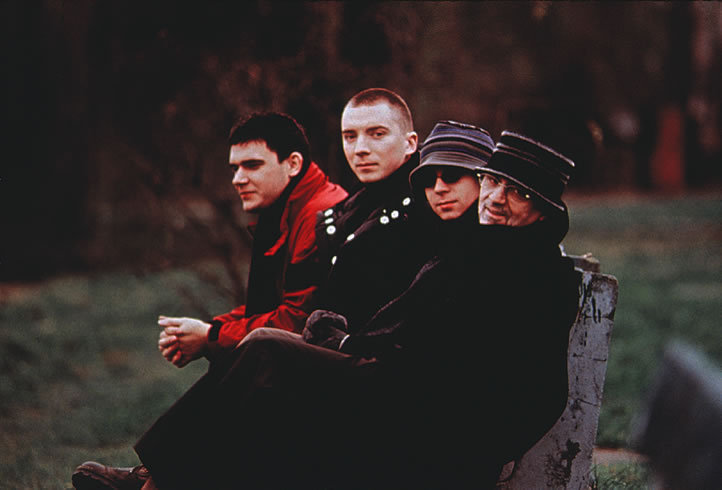 On a blowy, black November night in Seattle, with just enough misty rain to make the roads and sidewalks glisten silver in the street lights, the Tomasz Stanko Quartet lit up On the Boards. In this intimate, acoustically superb venue at the foot of Queen Anne Hill, Stanko’s trumpet rang out for two hours in a language that, quite literally, had never been heard in these parts, since Stanko had set foot in the United States for the first time six days prior. It was an improvisatory sensibility notable for its radical variety, for huge swings in tonal range and texture and amplitude. That trumpet’s molten flow, pure and golden, might spatter without warning into spitty rasps; low whispers could suddenly escalate to shrieking ricochets; headlong tempos could slow and almost shut down then take off again; quick trills could sweep into clarion gestures, held long. These disparate elements were brought to focus by the clarity of Stanko’s aesthetic purpose. His notes are not for show. He means every one.

While Stanko is not yet a major name in the American or even the international jazz community, there is a growing awareness, based on five strong albums that he has recorded for ECM since 1995, that something important, trumpet-wise, is happening in Warsaw, Poland. The first four of these recordings placed Stanko in the company of some of Europe’s premier jazz players, like Bobo Stenson and Jon Christensen and John Surman. But it is Stanko’s new album, Soul of Things(ECM), that has been turning heads, and it features a young, unknown Polish rhythm section of Marcin Wasilewski on piano, Slawomir Kurkiewicz on bass and Michal Miskiewicz on drums.

It was this ensemble that Stanko brought to On the Boards. Small and lithe, dapper in bellbottom jeans and double-breasted blazer and low hat and owlish glasses, Stanko took the stage and opened in a medium tempo with a startling, free-form, pointed trumpet statement. Wasilewski’s first solo of the night hinted at the fireworks of lyricism to come. Stanko never announced songs, and the third number of the first set was the first that I recognized. It was “Variation XI,” from Soul of Things. On the album it begins with trumpet and bass hesitantly picking out the haunting line in unison. In person, Stanko began it a capella, swerving and keening, his lines sometimes broken off like unanswerable questions, sometimes shattered into shards, then coalescing into long, streaming ascents.

The next piece, the last of the first set, was the concluding movement to Soul of Things, “Variation XIII.” The liner notes to the album state that it is based on the “Hejnal,” a special melody that has been played on trumpets for centuries, every hour, from the main church in the medieval city of Cracow, where Stanko grew up. (“Every Pole knows this song,” Stanko has said.) On the record, it is a series of slow, rapt signals, contemplation turned outward as melodic grace. In person, the “Hejnal” was harder and looser, but still portentous.

The second set contained a short ballad that Stanko later revealed was a new piece called “Song for Sarah.” It displayed his gift for telling stories that move cinematically, in stark, suggestive gestures that have not been heard before. At a time when so much jazz sounds either too mired in the past or too desperately groping for an uncertain future, Stanko’s music hits like a wild fresh wind. His roots in the tradition are audible (references, for example, to Chet Baker’s vulnerable tone, and to Miles Davis’ flair for inner drama), but Stanko’s lines rarely resolve predictably. His music often feels modal in its freedom from harmonic interruption, but it operates on a spiritual logic all its own.

If many in the audience came with high expectations of Stanko because of his ECM recordings, they were unprepared for the creative level of his young rhythm section. Pianist Wasilewski took solo after deep, obsessive, chiming solo. Kurkiewicz is a fluent, quick-on-quick bassist in the tradition of great Europeans like Palle Danielsson and Anders Jormin. Miskiewicz is already one of the most musical young drummers in jazz. They are in their mid-20s, yet they have been together for 10 years and are well known in Poland as the Simple Acoustic Trio. On Soul of Things, these three are sensitively supportive but mostly self-effacing. Not so at On the Boards, where their interlocked energy often created almost overwhelming rhythmic drive. Even a piece like “Celina,” from Stanko’s somber and meditative Matka Joanna (ECM), was fierce with new intensity.

The second set ended with “Variation III,” one of the few fast pieces on Soul of Things, here taken so far up and so hard that the evening needed to be brought back from this edge. The encore was a delicate form called “Ballada,” by Krzysztof Komeda, from Roman Polanski’s film Knife in the Water. Komeda was the first major figure of Polish jazz and a primary influence on Stanko. “Ballada” was interpreted in quintessential Stanko fashion, in lines and fragments poignant with ambiguity.

Stanko’s appearance in Seattle came near the end of his first American tour, seven stops between New York and Santa Cruz, California.

The Earshot Jazz Festival announces autumn every year in Seattle. It runs for two and half weeks, encompassing scores of artists in a dozen venues and is known for adventurous programming, usually left-of-center, and an often global in reach. Earshot has made some inspired decisions over the years, but none more important than the one to help bring Tomasz Stanko to the United States.