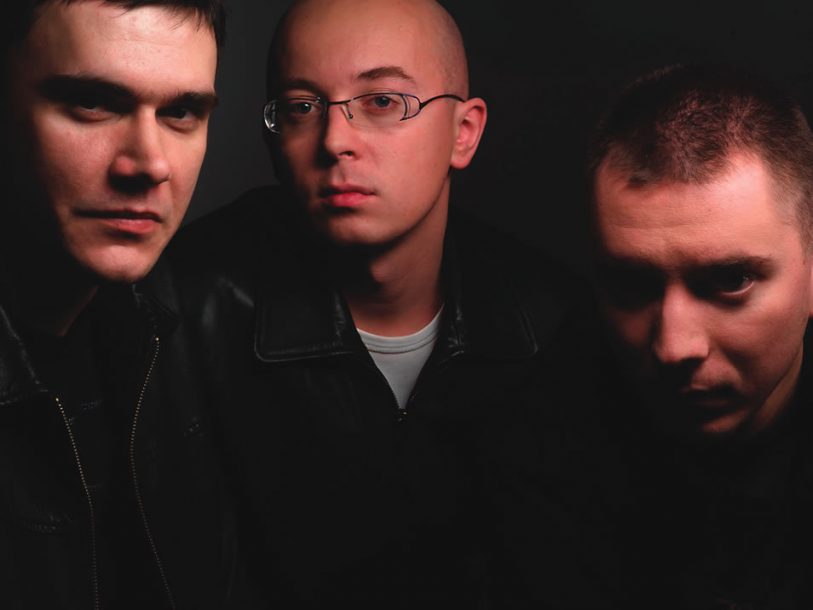 A cataclysmic event in the lives of pianist Marcin Wasilewski, bassist Slawomir Kurkiewicz and drummer Michal Miskiewicz occurred in 1993. Trumpeter Tomasz Stanko, Poland’s most important jazz musician, was in sudden need of a rhythm section, so he made the radical decision to offer the job to three unknown teenagers. Stanko says in press notes, “They were good from the beginning. I think it is that way with musicians. If there’s promise…you’re going to hear it immediately.”

After two Stanko CDs, 2002’s Soul of Things and 2004’s Suspended Night, and 12 years of performing with the trumpeter, Trio is Wasilewski, Kurkiewicz and Miskiewicz’s international recording debut as leaders. It is a work of exquisitely nuanced quietude.

Trio shares with many ECM albums the rapt, pensive, atmospheric after-midnight aura for which producer Manfred Eicher is famous. But strikingly fresh are the moment-by-moment melodic epiphanies, the music’s elusive implications of harmony and the tunes’ flowing organic forms discovered by three equally important instruments.

In late March, following a sold-out performance at Seattle’s Triple Door during Tomasz Stanko’s third American tour, the three, in hesitant English, attempted to answer the question: “Who are you guys?”

Wasilewski and Kurkiewicz, now 29, are from Koszalin, in the north of Poland, have known each other since the first grade and had a band in high school. They were 17 when, at a workshop in Warsaw in 1992, they met 15-year-old Miskiewicz and made him their new drummer.

When Stanko pegged them for his band, Wasilewski says, “I was scared at first because I didn’t know enough to be playing with this guy.” The trumpeter used them initially only for gigs in Poland and for theater and film music projects.

“Before Stanko,” Miskiewicz says, “we were more rooted in straightahead jazz. But he was a very free player, and he gave us the knowledge of how to open our minds. He had us improvise over regular rhythm but only one chord. Then he took the chord away, but it was still rhythmical. Then he said, ‘OK, now we play with no chords and no rhythm.'”

The unique musical/spiritual gestalt of Trio reflects three individuals’ collective cultural context and life experience. They’ve had years of grounding in classical music: Wasilewski had 12 years of classical music education. Miskiewicz played tympani and studied Charles Ives. Their exposure to American jazz (Keith Jarrett, especially) came during the time when Poland, through the Solidarity movement, broke free of communism. (An experience very different from Stanko’s, whose first 30 years as a jazz musician took place within a closed Polish society.) They’ve had an ongoing exposure to the best European jazz (Jan Garbarek, Bobo Stenson, Jon Christensen), and there’s the extraordinary fact that they’ve played as an ensemble virtually since childhood.

The four cover tunes on Trio were chosen, Kurkiewicz says, “because they fit us. They were already good music that we could make into something more.” On Bjork’s “Hyperballad,” Wasilewski, over soft, incantatory chords, just barely pares away everything that is not the melody. “Roxana’s Song,” from an early 20th-century opera by Karol Szymanowki, is even more pristine, more distilled. “Plaza Real” is a little known Wayne Shorter tune, found by Miskiewicz shortly before the recording session. Wasilewski describes it as “a great structure for improvisation, open yet ordered.” And they pay tribute to their boss by interpreting Stanko’s “Green Sky.”

Wasilewski contributed four originals that provide contrast. While they don’t “swing” in the traditional sense, they are mostly harder and faster (while still cryptically lyrical). There are also five completely improvised pieces, from two to six minutes, that are revelatory in their breakthroughs into song, their unpremeditated coalescent forms. Kurkiewicz says, “When we were finished in the studio, Manfred Eicher wanted us to go on. He said, ‘OK, now just play.’ After two days recording, we were ready to take the risk and trust each other.”

The five improvised performances disclose a rare level of intimate, instinctive internal communication. Miskiewicz says, “Everybody tells us, ‘You have played as a group for 13 years already. That must be why you play so well together.’ But I think it is not true, because we played very well together from the beginning, from the first note. I think it is great luck that we met.”