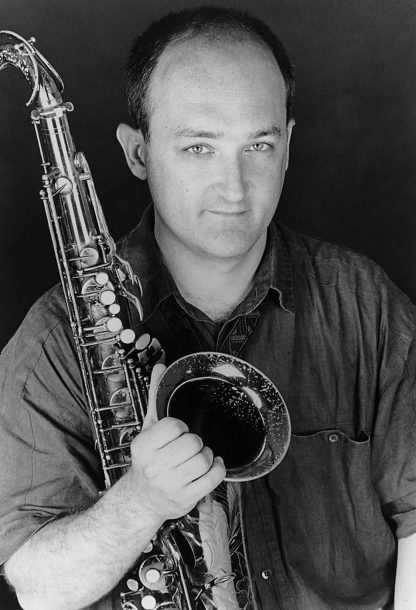 Gualala is the debut recording for Naxos by the fine saxist/reed player and composer Tom Christensen. An artful quartet project, sans chordal instrument, the CD features fellow reed player Charles Pillow, bassist Ben Allison or Doug Weiss and percussionist Satoshi Takeishi. The sound is best described as chamber jazz, especially given Christensen’s composerly instincts and the novel use of oboes in the mix.

The oboe inclination came off-handedly, as he was running down original tunes for his friend and mentor Dave Liebman. “Liebman said ‘Man, why don’t you play oboe on this record? What are you thinking?’ I didn’t have a valid answer. And then I thought, ‘What’s better than one oboe? Two oboes.'” He laughs, “not always, actually.”

Gualala is the name of Christensen’s hometown, in Napa, Calif. He headed east to study music at Eastman, and ended up in New York. His resume includes work with Toshiko Akiyoshi’s big band, Maria Schneider, recording with Don Sebesky’s band and a spot on Joe Lovano’s Celebrating Sinatra album.

But left to his own devices as a leader, Christensen leans towards smaller groups, and the current one was custom-tailored. “I wanted these personalities,” Christensen says, “and that dictated the instrumentation of the group.”

They began with a performance at Small’s in Greenwich Village, as part of a composer’s forum, and grew legs. In concocting material for the group, he drew on various inherent interests, including his classical music studies. “I checked out a lot of ECM records, and a lot of Oregon, of course, in my time. Actually, I also listened to a lot of straightahead stuff and world music stuff.”

He also names his adopted city as a big influence. “You get that feeling of this community in New York, where everybody is inspiring each other to play. There are plenty of these cats, writing music fast and furiously, rehearsing and playing sessions at people’s houses, just trying to come up with new stuff that’s valid and interesting and personal. It’s great, man, worth the price of admission.”