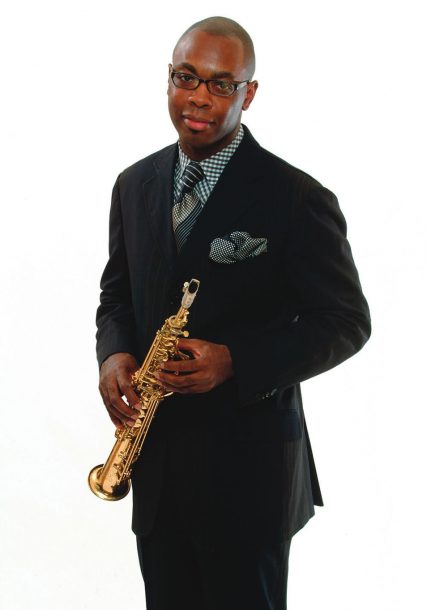 York, Pennsylvania, isn’t most people’s idea of Jazz Central, but for saxophonist Tim Warfield it’s exactly that. “It’s a very healthy place to maintain a jazz career,” says the 43-year-old York native and resident. “I’m one hour from Baltimore; 90 minutes from Washington, D.C.; two hours from Philadelphia. Lancaster and Harrisburg, 30 minutes in either direction. So when I get a call from any of those places, I can make the gig easily, and the parameter for working ‘locally’ is much wider.”

Philadelphia has been Warfield’s primary focus since the early ’90s, when his father dared him to look for work in the big city. In answering that dare, Warfield met the late organist Shirley Scott, who became his friend and mentor-and to whom he pays tribute on his new CD One for Shirley (Criss Cross). The record, featuring organ by Pat Bianchi as well as Scott alumni Terell Stafford (trumpet) and Byron Landham (drums), is a surprising detour from Warfield’s primary classic hard-bop sound. But it’s not a mimicry of Scott’s soul-jazz, either: There’s no guitar, but a self-conscious darkness that would never fit with the organ legend’s party music.

“That’s the Tim Warfield part of the record,” the saxophonist says with a laugh. “I was deliberately not trying to replicate what Shirley did. I wanted to give an idea of how my experience with her affected who I am. So the goal was to have elements of myself, but also elements and ideas that I got from Shirley as well.”

Foremost among those ideas, he says, is the dance sensibility that has faded from jazz since Scott’s heyday. “For us, all we have to do is go to a club and hope that people are there; our job is done. But the issue for that era was that they not only had to have people present, but they had to be dancing. I think that’s really an important element to go back and address again. So I made this record very groove-oriented.”

Deep though her lessons run in Warfield, his schooling in the jazz tradition began well before he encountered Scott-or even Philadelphia. York and the surrounding area have been served since 1980 by an organization called the Central Pennsylvania Friends of Jazz, which each year presents a series of monthly concerts and a three-day summer festival in Harrisburg. It was through the work of CPFJ that 15-year-old Warfield first heard the music’s greatest practitioners.

“Dexter Gordon. Johnny Griffin. Sonny Stitt. Woody Shaw. Art Blakey,” he rattles off. “I had the opportunity to see many, many jazz legends thanks to the organization’s efforts to preserve and promote the music in this area.”

In addition, Warfield, who began playing saxophone at age 9, was a diligent student of jazz, practicing heavily and playing gigs with established musicians in the region. Enrolling at Washington’s Howard University, Warfield left after his sophomore year to work full-time as a musician in the nation’s capital and in Baltimore. He also completed the obligatory New York residency and, of course, accepted his father’s Philadelphia challenge. As fertile as those jazz scenes were, however, Warfield wanted the proximity to his family and higher standard of living with which he’d grown up; he returned with no qualms to York. In addition to its easy accessibility to several jazz scenes, Warfield notes that “a jazz musician’s salary actually corresponds with York, Pennsylvania’s economy.”

Although he still works weekly in Philadelphia, either as a leader or in a regular gig accompanying vocalist Joanna Pascale, Warfield also keeps busy with activities that demonstrate his loyalty to his native soil. Today he is a board member of the CPFJ, as well as its Music Committee chair, which essentially places him in charge of programming the very concert series and festivals that had so much impact on his own musical development.

Warfield is also artist-in-residence at nearby Messiah College in Grantham, a job that entails “Whatever I’d like it to! The only stipulation is that I have to be there a certain amount of time per semester, and I have to do a performance with one of the large ensembles every year. But other than that, they allow me to treat the students in a case-sensitive manner, dealing with them in whatever capacity they most need-sometimes one-on-one, sometimes master classes, sometimes jam sessions.”

Still, Warfield is quick to emphasize that for all the opportunities his particular address offers, the perils of working in jazz are the same. “I’m not gonna say that it’s not a struggle,” he says. “But I’ve created a plan. I made a decision that I was in this for the long haul. So I’ve come up with a plan that made it, not stress-free, but a bit less stressful. That’s what works for me.”