Skip to content
Become a member and get exclusive access to articles, live sessions and more!
Start Your Free Trial
Home > JT Archives > Tim Ries: Not Only Rock ‘N’ Roll 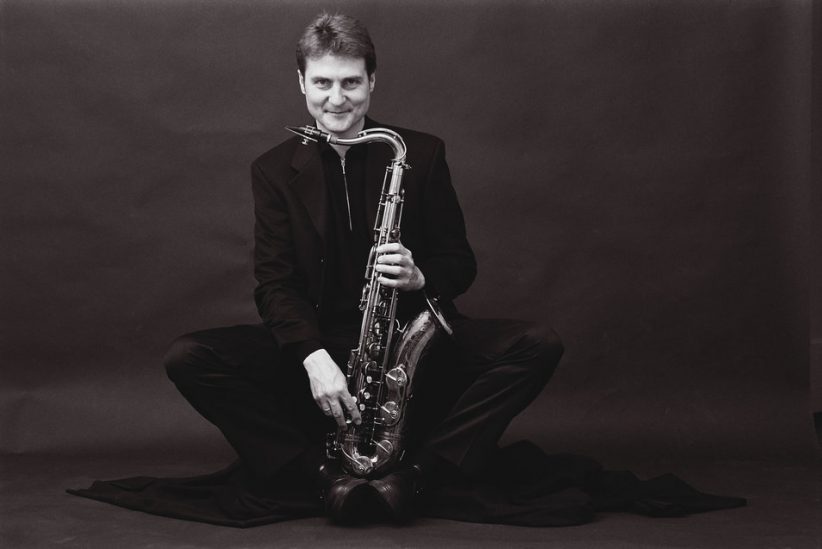 Saxophonist Tim Ries turned some heads back in 2005 with The Rolling Stones Project, which featured jazzy interpretations of Stones staples like “Satisfaction,” “Gimme Shelter,” “Street Fighting Man” and a greasy organ trio rendition of “Honky Tonk Women” with Larry Goldings on Hammond B3 and the Stones’ Charlie Watts himself on drums. Some hardcore jazz folks were startled, but who better to interpret those familiar tunes than a member of the Stones’ horn section?

A graduate of North Texas State and a former member of the Maynard Ferguson Big Band, as well as a participant in large ensemble recordings by Joe Henderson, Bob Belden, Dave Liebman and Maria Schneider, Ries had already distinguished himself as an accomplished composer and distinctive soloist on both tenor and soprano saxes before getting the call 10 years ago from Mick and the boys to join “The World’s Greatest Rock ‘n’ Roll Band” on tour. “It really came out of the blue,” Ries recalls. “I knew the guys in the Stones’ horn section-trombonist Mike Davis, trumpeter Kent Smith and saxophonist Andy Snitzer. At some point Andy decided to leave the band and go out with Paul Simon. So they called me and I said yes.”

Ries flew to San Francisco for his first rehearsal with the Stones, and he came prepared. “I actually made myself a little Real Book of 80 Stones tunes,” he recalls. “I wrote the charts out and then shrunk it down to a little pocket-size Real Book that I carried with me to the audition.”

Needless to say, he passed with flying colors. “At some point as we were playing, Keith Richards came over to me and said, ‘Can’t you at least make one mistake like the rest of us!’ And I knew then that I had the gig.”

On his superb 1999 septet outing for the Criss Cross label, Alternate Side, Ries hinted at things to come with a jazzy interpretation of the Jagger-Richards tune “Moonlight Mile.” The Rolling Stones Project, recorded with a core group of drummer Brian Blade, guitarist Ben Monder, bassist John Patitucci and pianist Bill Charlap, along with such special guests as John Scofield, Bill Frisell, Norah Jones, Sheryl Crow and fellow Stones Watts, Richards and Ronnie Wood, was a fully realized concept that met with much acclaim. Now Ries takes it up a few notches with his wildly ambitious followup, Stones World: The Rolling Stones Project II. A massive undertaking involving 72 musicians recorded in 10 different countries, it’s a world music extravaganza that took Ries two years to complete. “The first one was fairly simple. This second one, on the other hand, was fairly exhausting and heavily funded by my children’s college education.”

Essentially recorded on off-days during the Stones’ A Bigger Bang world tour, this adventurous two-CD set (recorded for Ries’ own Tames Music Group and licensed to the Sunnyside label) features an array of musicians from around the world recording on their home turf, including Portuguese fado singer Ana Moura (“No Expectations,” “Brown Sugar”), Japanese vocalist Minako Yoshida and guitarist Kazumi Watanabe (“Baby Break It Down”) and the North African Tuareg band Tidawt (“Hey Negrita”). Stones drummer Charlie Watts appears on a lightly swinging jazz-waltz rendition of “Miss You” recorded in Paris; Richards provides his signature guitar licks on a soulful rendition of “Baby Break It Down” recorded in Tokyo; and Mick Jagger blows some mean blues harp alongside Ronnie Wood’s lap-steel guitar work on the entrancing “Hey Negrita.”

Salsa pioneer Eddie Palmieri appears with his band on a churning Latin-jazz rendition of “Under My Thumb,” Indian tabla master Badal Roy underscores the 15/8 groove on “Angie,” and a rousing flamenco version of “Jumpin’ Jack Flash,” charged with Spanish guitars, singers and dancers and underscored with cajon and palmas, was filmed in the studio and is viewable on a second enhanced CD.

The globetrotting continued in Rio de Janeiro, where Ries recorded a soaring 6/8 version of “Lady Jane” with Brazilian music icon Milton Nascimento. Back home in New York, he presided over a radical reinvention of “You Can’t Always Get What You Want” that is fueled by Jack DeJohnette’s drumming and tweaked by Bill Frisell’s atmospheric guitar work. And “Salt of the Earth,” sung in seven languages by vocalists from Mexico, Israel and Germany, features a cameo appearance in the choir by Tim’s 12-year-old daughter Jasia.

Says the saxophonist of the strong world music direction taken on Stones World, “I’ve been listening to flamenco and fado and Brazilian music for 30 years. This is stuff that I love and listen to at home all the time. And being out on the road with the Stones gave me the opportunity to find this music and record it where it lives indigenously. Luckily, most of the time, the musicians that I sought out in each city were able to do it. And pretty much every time it was a first take.”

Maybe Ries can always get what he wants.