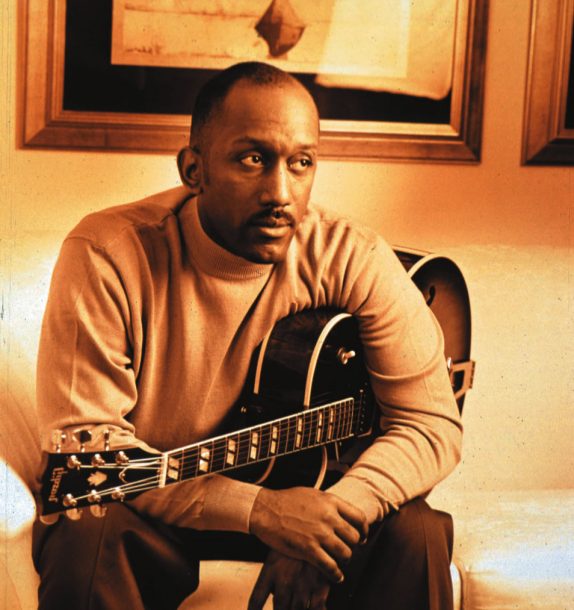 Detroit-area Guitarist Tim Bowman’s Music has tremendous ear-pleasing appeal, which has led to his success. “I like to have songs that are melodically strong,” says Bowman. “You don’t need a lot of stuff around it to sell a song, because the melody or lyrics will sell the song.”

On the 10 tracks of Bowman’s second InSync album, Paradise, his heartwarming, centered performances show the polish of all of his experience. Christian music critics have labeled his music “gospel-jazz,” but Bowman says he’s in smooth jazz and has never been part of the debate about what to call his music. His solid melodies are sometimes reminiscent of 1970s dates by Earl Klugh, but have an on-the-edge freshness and charm.

Bowman polished his chops for six years as musical director for The Winans. Weary of the rigors of the road, Bowman quit in order to spend more time with his wife and two children. Putting his music on the back burner, he got training as a stationary engineer and now oversees facilities at Wayne State University.

One day, his wife asked, “Why don’t you record a CD?” So Bowman wrote some songs and self-produced his debut, Joy Love Peace. He ordered 2,000 CDs to release in Detroit, but before the shipment arrived, the Oregon-based InSync Music label heard a cassette and struck a deal with Bowman, releasing the album nationally a few months later. “It hit the smooth jazz charts and I was truly amazed,” says Bowman.

Success hasn’t gone to his head, however. Bowman’s working on his third album, but you’ll still find him playing every Sunday at International Gospel Center in Detroit.