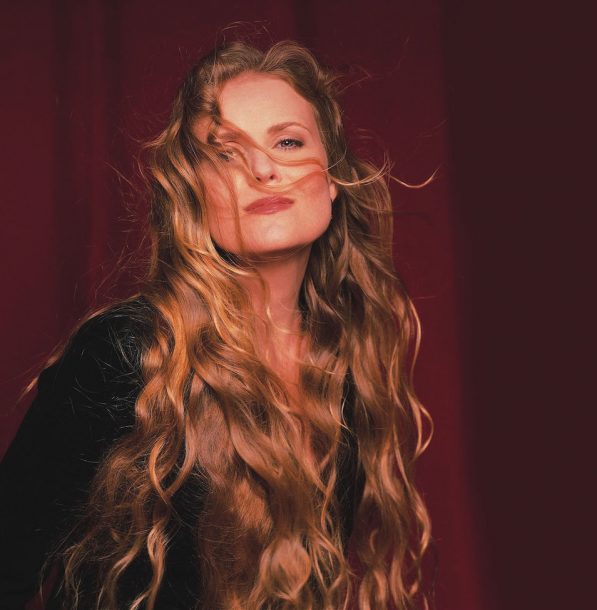 Those that can do. Those that can’t teach. Then there’s Tierney Sutton. For nearly a decade, the gifted vocalist with the Michelle Pfeiffer allure has been a jazz soul divided, splitting her time between the controlled academic sanctity of University of Southern California (where she heads up the jazz vocal department) and the unpredictable rigors of recording and the road.

As both educator and performer, Sutton numbers among the nation’s most dynamic and innovative. Not bad for a Wisconsin lass whose pre-jazz résumé includes a stint as a singing cocktail waitress. She wasn’t just any old pop princess, however, serving up disco hits and Streisand covers alongside each tray of Singapore slings. “I was,” she intones with mock hauteur, “a Heidel Honey, and if you don’t understand the difference, then you’ve never lived in Wisconsin! It made me want to never sing another pop tune. It might, in fact, be the single reason why Patsy Cline is about as close as I get to including contemporary material on my albums.”

Instead, Sutton has remained boldly experimental in her song selections, making fascinating forays into less-traveled territory. Unsung Heroes, her 2000 Telarc debut, was a superb, lyrical salute to such seminal instrumentalists as Dizzy Gillespie, Joe Henderson, Clifford Brown and Kenny Barron. Last year’s Blue in Green paid loving tribute to a dozen or so songs associated with Bill Evans. Now, with Something Cool, she continues her hero-worshiping ways. Title notwithstanding, the latest object of Sutton’s vocal affection isn’t June Christy but “all the great musicians I’ve been working with over the years.”

“Having the chance to work with outstanding musicians is the biggest gift of my career. That’s where my ideas come from, that’s what feeds me. First and foremost there’s my trio [pianist Christian Jacob, bassist Trey Henry and drummer Ray Brinker], which I’ve been touring and making records with for almost nine years. Then there are all of the people they’ve worked with whom I’ve had the chance to do bits and pieces with here and there. Remarkable artists like Jack Sheldon, Ray Brown, Bob Florence and Buddy Childers. All these people make me what I am. I can’t look at Something Cool and say, ‘Hey! There’s my record.’ After all, what would the album sound like if I had never met the trio I work with? Something very different, I’m sure. What would this record be if I hadn’t had the chance to spend time with Ray Brown and consult with him and gain incredible wisdom from him?”

In keeping with the bracing diversity of Sutton’s previous outings, Something Cool runs the gamut from the stark desperation of “All or Nothing at All” to the playful familiarity of “Ding-Dong! The Witch Is Dead.” She likens such eclecticism to “a kind of musical wasabi. On the one hand you have a song like ‘Reflections.’ It’s a little odd, most people haven’t heard it before, the melody is kind of challenging and the harmony is way out there. Then you have ‘Walkin’ After Midnight’ [where] there aren’t a lot of chords to digest. It’s just about getting into the groove and having some fun. For me, it’s all about finding a balance.”

Speaking of balance, Sutton champions the belief that her academic endeavors continually enhance her recording and performing efforts. “Teaching helps me grow musically,” she says, adding matter-of-factly, “That’s what life is all about. When I go into work at USC, I have great colleagues like Carmen Bradford and Jennifer Shelton, and I have amazing students who challenge me every day. They’re all on the cutting edge, and demand something that’s not only good but growing. My six years at USC have been like going to graduate school because of all the skills I’ve had to hone in order to teach such remarkable students.”

Given her close proximity to the next generation of jazz artists, Sutton is uniquely qualified to comment on the music’s prognosis and is, she confesses, a little concerned. “What I find most alarming is the trend to find the youngest possible person and market the crap out of them. If that continues it’s going to harm the music. We’re going to end up with incredible musicians in their 40s, 50s and 60s who should be the ones everybody is listening to but who won’t be getting a whole lot of recognition. Young people have a right to hear the best of what there is, not just what people want to market. I can tell you right now that the majority of my students kick the butts of everybody who was on [American Idol]. These are performers who really, really want to be excellent singers and musicians and not just stars. That mentality has an amazing depth to it that shows in the work. The jazz community has always been about something different and daring, and long may it stay so.”