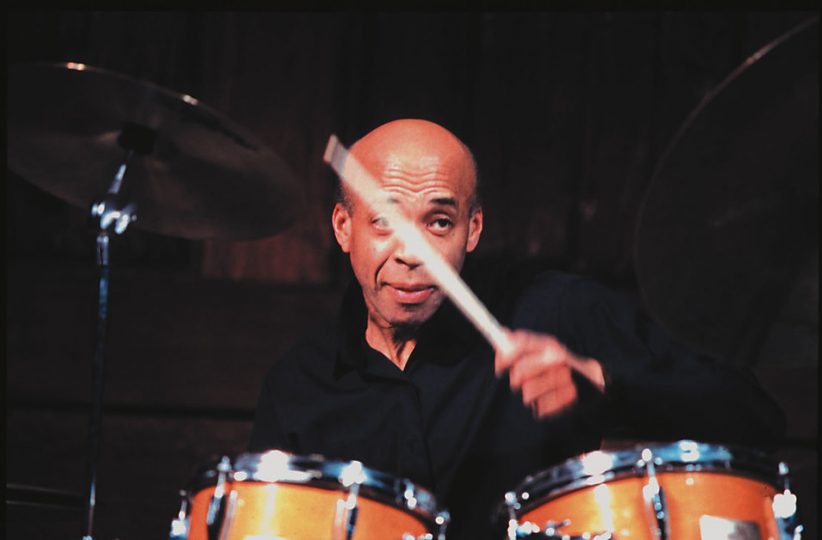 After spending seven years in the world of academia at Bard College, where he directs the jazz department, drummer Thurman Barker took a sabbatical last year to refocus his energies on composing new material. Now the one-time house drummer for the AACM in Chicago says he is entering a new phase in his career. “I do enjoy teaching but I realize that I really want to continue the tradition of performance that the great drummers have laid down before me,” he says. “So now I feel really committed to the process of creativity and that whole movement I started back in Chicago 35 years ago.”

Barker was 17 when he began attending Muhal Richard Abrams’ weekly Experimental Band rehearsals back in 1965. He later appeared on such seminal AACM recordings as Joseph Jarman’s 1966 debut Song For and Maurice McIntyre’s 1969 debut Humility in the Light of Creator (both recently reissued by Delmark). After moving to New York in 1979, composers like Sam Rivers, Leroy Jenkins, John Lindberg, Marty Ehrlich, Butch Morris and Cecil Taylor enlisted his services.

Barker’s own debut as a leader, Voyage, came in 1985 and was recently reissued on his own Uptee label. This volatile free-fusion outing captures the drummer in an electrified setting alongside guitarist James Emery, keyboardist Rob Schwimmer and bassist Alonzo Gardner. That hard-hitting unit, reminiscent in some ways of Tony Williams Lifetime, remains intact and continues to perform to this day.

On the other side of the musical coin is Barker’s 1998 recording, The Way I Hear It. A strictly acoustic project, it features the great drummer dealing with a more delicate dynamic in duets with pianist Marilyn Crispell and swinging quartet pieces with bassist Dan O’Brian, saxophonist John Stubblefield and pianist John Medeski. Yet another outlet for the drummer’s creativity is Strike Force, a percussion ensemble he put together in the spirit of Max Roach’s M’Boom that features Andrew Cyrille, Warren Smith and Ray Mantilla.

“It’s a very productive time for me right now,” says Barker. “And hopefully, I will leave a mark with these various musical statements.”