Skip to content
Become a member and get exclusive access to articles, live sessions and more!
Start Your Free Trial
Home > JT Archives > Thomas Strønen: Unclassifiable in Every Way 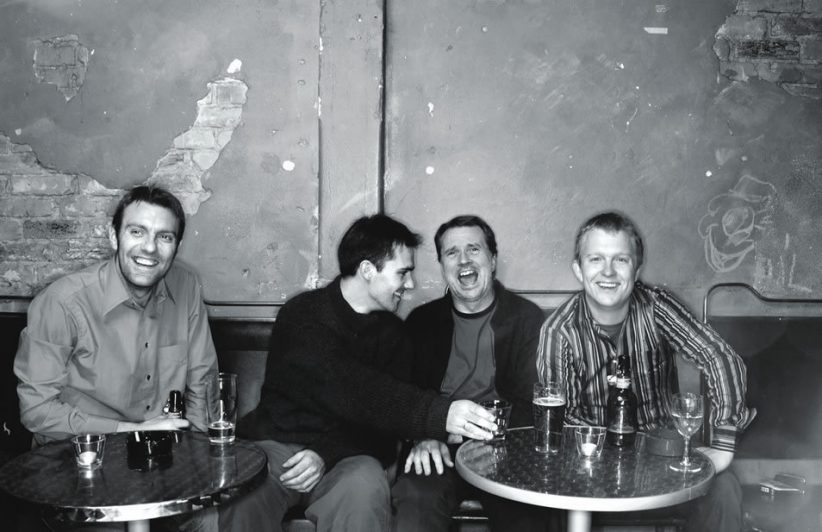 Thomas Strønen used old-fashioned psychology in order to get his first instrument: “When I was five, I saw a drum in a store in Kiel, Germany, and cried my eyes out to make my parents buy it. It took about four hours to tire them out. “From this day, my teddy bear had to find himself a new home,” he says. “I had the drum around my neck all the time: in kindergarten, when I ate, when I brushed my teeth and in my bed at night.”

Strønen’s bawling wasn’t for naught: He’s now one of the foremost drummers in Norway, and he and bassist Mats Eilertsen form a rhythmic tandem that is fast becoming the modern-day version of drummer Jon Christensen and bassist Palle Danielson, the legendary Norwegian and Swedish backbone of so many great recordings on ECM.

While the twosome have played together on numerous recordings for Rune Grammofon, Aim and Jazzaway, it’s their chamber-jazz work in Strønen’s Parish band that gives them the best international exposure. Not only is the quartet’s self-titled second CD on ECM, the band features two giants of Swedish jazz in pianist Bobo Stenson and clarinetist/tenor saxophonist Fredrik Ljungkvist. Parish has a classic ECM sound, which is why Strønen says label chief Manfred Eicher signed the band in the first place. “It’s transparent even when it’s cooking, and it can be powerful without necessarily being loud,” Strønen says.

Jon Christensen and Audun Kleive are among the Norwegian drummers Strønen admires as well as Paul Motian, Jack DeJonette, Ed Blackwell and Tony Oxley, but those greats weren’t his main influences as a musician. “I was always more interested in piano players than drummers,” Strønen says, citing Paul Bley, Bill Evans and Keith Jarrett. “I write all music for Parish on piano. There is nothing like the sound of a proper piano.”

Because Parish features so many in-demand musicians, it doesn’t get to play out all that often, so Strønen keeps busy with a series of gigs as a sideman and as a leader.

Pohlitz is Strønen’s mother’s maiden name as well as that of his solo project. “In Pohlitz I use no drums,” he says. “I sit on the floor with an arsenal of bells, gongs and blocks and various percussion instruments like mbira and piano strings. I use one microphone connected to my electronics-samplers, mixer and effect boxes-to sample sounds and rhythmic textures.”

When you play Pohlitz’s self-titled debut on Rune Grammofon in iTunes, the CD comes up as “Unclassifiable” under the genre tab-which seems accurate, since “Nordic gamelan” doesn’t exist yet as a movement. “Actually, I’ve listened very little to gamelan music,” Strønen says. “I can relate to gamelan music, Arne Nordheim or Steve Reich. But when I started to work on my solo project some years ago, I was first of all very inspired by Japanese music-drum ensembles and also vocal and koto music. I’ve been fascinated by small details that change musical direction almost without one noticing it. Like when you hear a monotone groove from a Japanese drum ensemble going on for 10 minutes.”

Other longtime projects for Strønen include Food, with British saxophonist Iain Bellamy, and Humcrush, with Supersilent keyboardist Ståle Storløkken. The former band makes gorgeous ambient jazz and is in the middle of recording its fifth album for an early 2007 release on Rune Grammofon; the latter duo, says Strønen, plays “free improvised music in the shadow of warped electronica, noise and new electronic music.” Humcrush’s second Rune Grammofon CD, Hornswoggle, came out in May.

That’s a pretty full calendar of projects for the formerly whiney little kid who will turn 34 in July and has two tear-filled-and likely very musical-boys of his own now.