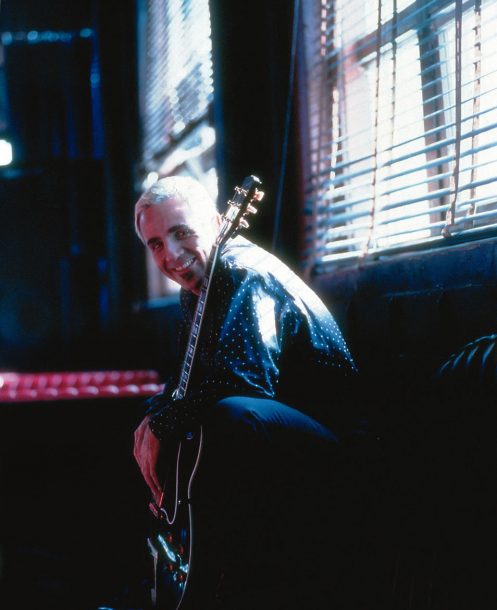 Guitarist Thom Rotella has been recording since 1987, and despite his preference for the electric guitar, most of his previous recordings just came across better on the acoustic instrument.

Now, Rotella’s new release, Can’t Stop, on the Telarc Jazz Zone label, has him back doing what he loves best. “I enjoy the way I’m playing now on the electric strings,” he says. “It’s where I started when I was in my teens. I listened to Wes Montgomery a lot back then, and the sound I’m making now is truer to my roots-to where I came from. And recording more uptempo stuff on this recording made the electric guitar feel totally at home.”

Joining Rotella on the new release are Land Richard on drums, Arno Lucas, the percussionist, and Vail Johnson on bass, with guest artists Gerald Albright on soprano and tenor, Rick Braun on trumpet, Mitchel Forman and Larry Cohn on electric piano, Chris Rhyne and Jim Studer on keyboards and synth and Joe Turano on soprano.

Rotella began as a studio player, strictly on the acoustic guitar. “All the tunes on my first recording for DMP (The Thom Rotella Band) were first performed live at club dates with me on the electric,” he said. “But in the studio, things changed. That first recording just evolved from electric to acoustic, and it became successful because the ‘smooth jazz’ format was hitting on radio and acoustic guitar was popular.

“In my deepest heart of hearts,” he notes, “I can’t say that my music is jazz. But, yet, I can’t say it’s not jazz, either. I love jazz, especially the improvisational aspects. But I was also raised on pop, and love the masters like Clapton and Hendrix, there’s a mixture of influences within making up my sound.

“This has been an incredible time period for me as an instrumentalist who’s not playing straightahead jazz,” he adds. “There are radio outlets for this music and the stations are doing well. The timing has been totally perfect.”