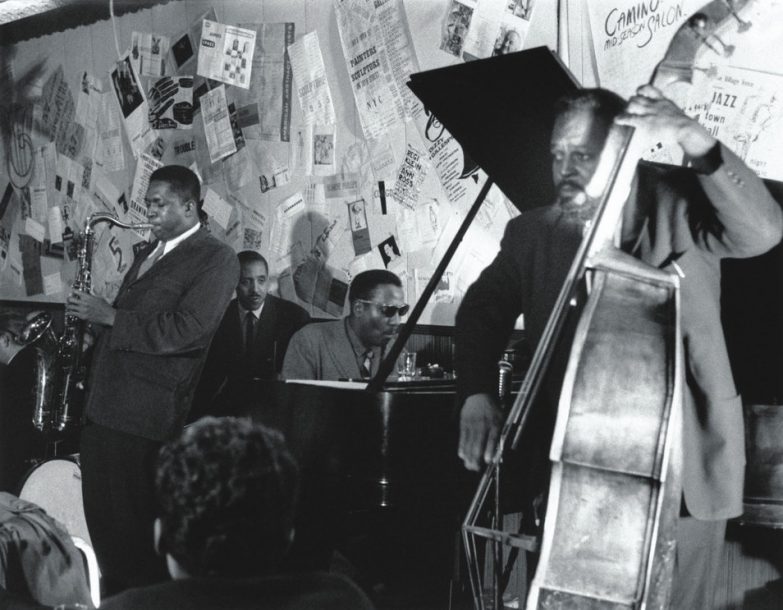 What we said: It’s not quite the Lost Ark of the Covenant, but for some time researchers had been aware of the possibility of a long-lost recording featuring Thelonious Monk and John Coltrane. In 1996 I found an advertisement in the New York Amsterdam News that listed a Voice of America concert featuring Monk and Coltrane. I contacted the Library of Congress, which owns all the VOA tapes, but the LOC had no record of a VOA recording made at Carnegie Hall on 11/29/57. Staffers allowed that as they continued to organize and catalog this huge collection, it might indeed turn up–if it was there at all. I followed up with the LOC every now and then, but there was nothing–until February 2005. That’s when I received an e-mail from the agency’s jazz specialist, Larry Appelbaum, saying that he’d discovered it. As Appelbaum explains: “I was thumbing through some tapes awaiting digitization in early 2005 when I noticed eight 10-inch acetate reels of tape labeled ‘Carnegie Hall Jazz 1957.’ I examined the reels and noticed one of the tape boxes had a hand-written note on the back that said ‘T. Monk’ with some song titles. When we played the tape I recognized the sound of John Coltrane playing tenor saxophone with Monk’s quartet and my heart started racing. The identification of the players was confirmed when I heard Willis Conover’s M.C. announcements on the tapes.” Conover was the M.C. at the concert as well as the host of the radio program. But as it turns out, the concert was most likely never broadcast–or at least there is no evidence that it was–another reason that no tapes were found until now.

The collaboration between John Coltrane and Thelonious Monk was a high point of both of their lives. Coltrane had joined Monk after being fired by Miles Davis, and it was during this period with the pianist that he turned his life and his music around. On At Carnegie Hall Monk plays in a particularly virtuosic manner–this would be a good one to play for those who say he had no chops. Trane’s tone is captured beautifully, and one can hear the ambience of the hall. I like the contrast between the first show (“Monk’s Mood,” “Evidence,” “Crepuscule With Nellie,” “Nutty,” “Epistrophy”) and the late show (“Bye-Ya,” Sweet & Lovely,” “Blue Monk” and an incomplete version of “Epistrophy”). You can hear by the applause that there is a smaller audience at the midnight show, and the quartet stretches out with longer solos. (There are no bass or drum solos in either set, to keep things within the allotted time.) As for Coltrane, he double-times during much of his solos at Carnegie Hall, in the style that Ira Gitler dubbed “sheets of sound.”

What we say: What else can we say? This CD topped our critics’ picks by a long shot, and the praise was universal for the sound quality and the performances. And since there are so few recordings of these two giants together, it makes sense that this CD would ignite the passions of the jazz world–and beyond. JazzTimes contributor Larry Appelbaum had plenty of well-earned time in the mainstream media spotlight, and Blue Note had another hit CD on its hands–a real hit CD, not a jazz hit CD. In many ways it’s biting commentary that the biggest jazz CD of 2005 was recorded in 1957–and that the top three selections on this list are by dead legends.