Skip to content
Become a member and get exclusive access to articles, live sessions and more!
Start Your Free Trial
Home > JT Archives > The Slip 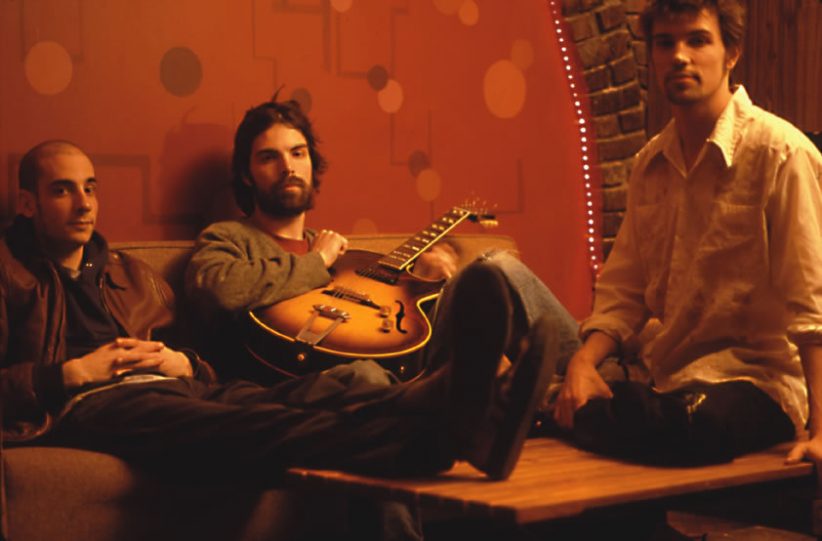 The Slip is not a band that has forgotten its roots. “Recently I have come to the realization that the way we formed, in high school jazz band, is an integral element of the Slip,” bassist Marc Friedman says. “The three of us were in a smaller-sized jazz combo learning a side of music we had never even thought of before. Primarily coming from a rock, blues and pop background, we were instantly challenged with concepts of swing, song form and tonality. This set our desire as a trio to constantly learn and push ourselves in practice and performance, while also forcing us to have an open mind to unfamiliar styles of music.” Since that time, Friedman and brothers Brad (guitar/vocals) and Andrew Barr (drums/percussion) have worked hard at developing a unique trio sound, one that traverses the harmonic and rhythmic language of jazz and the riff-based vamping of rock.

After spending a year at Berklee, the band left in 1996 to pursue making music professionally. The Slip spent years honing its sound on the Boston scene and on the national jam-band circuit, where the trio is currently one of its most popular groups. “I am proud to be a part of what I see as a musical revolution that’s going on,” Brad says of the jam-band trend. “The only difficult thing is that under this umbrella of ‘jam band’ a lot of bands can be included that, from what I’ve seen, haven’t necessarily put in the time and patience to understand more universal elements about music.”

On its third album and Rykodisc debut, Angels Come on Time, the Slip continues to test its knowledge of those “universal elements.” From the acoustic subtlety of the opening track, “Landing,” to the funk-laden “Get Me With Fuji” and the pop-inflected “Love and Tears,” the Slip shows that it’s a band willing to traverse a wide range of styles. Brad also pays homage to some of the band’s jazz influences on “6-Sided,” singing, “This room has all my records to play/Louis and Dexter and Lady Day.”

Andrew’s recent trip to Mali has brought African rhythms into the band’s musical language, which can be heard in the polyrhythms of tracks like “Tinderbox.” Angels also displays an emphasis on individualizing each song as opposed to engaging in drawn-out noodling as some jam-bands are known to do. “During the sessions for Angels, there was a strong focus on each song as a character, and most of the improvisation has a very narrative, thematic quality,” Brad notes.

Given the Slip’s humble beginnings, it is not surprising that the band members feel that being true to themselves and their music is the primary objective. “It’s everything we know and love, and I do believe we have our own sound,” Friedman says, “which is what I’m most happy about every morning.”