Skip to content
Become a member and get exclusive access to articles, live sessions and more!
Start Your Free Trial
Home > JT Archives > The Skatalites: In Orbit Vol. 1 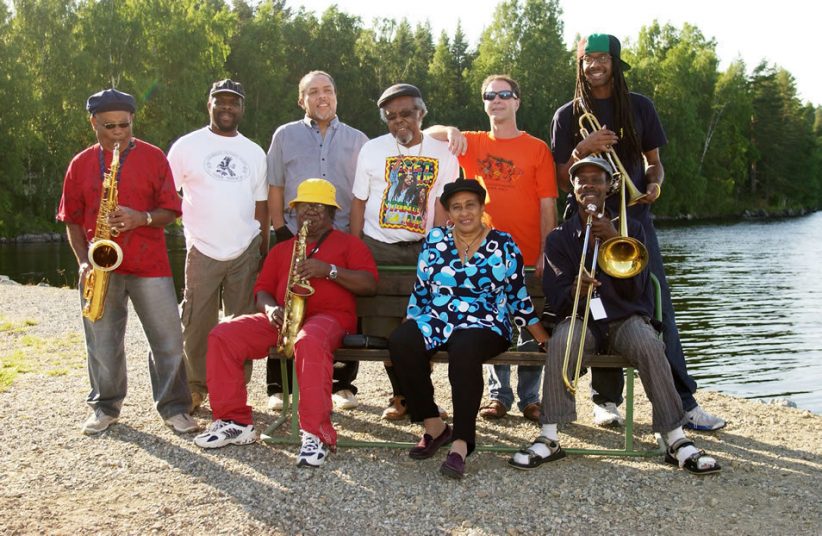 The Skatalites helped usher in the modern age of Jamaican music in the early 1960s by mixing American R&B with jazz chops and funky rhythms with the island’s African-derived folk music. The musicians comprised the house band for Studio One, and they moonlighted for countless other producers, but it wasn’t until 1964, a few years after they helped create ska music, that they took on the name Skatalites.

In Orbit was recorded in September 2005 during two concerts in Buenos Aires, Argentina. The sound is good and the crowd is excited, but considering that it’s yet another greatest-hits-set list and only Lloyd Knibb (drums) and Lester Sterling (alto sax) are left from the original core lineup, it’s hard to get excited about this CD. Vocalist Doreen Shaffer, who sang frequently for the Skatalites in the 1960s, sounds shaky on “Sugar, Sugar,” “Can’t You See,” “You’re Wondering Now” and “Adorable You.” But the instrumental cuts still pop: “El Pussycat” has one of the most joyous two-chord vamps you’ll ever hear, and the pumping “Latin Goes Ska” features Sterling quoting his famous tune “Bangarang.”

The Skatalites’ music is so elemental and appealing that it’s hard not to find plenty to like on In Orbit. It’s not that the CD is bad; it’s just unnecessary. Those who want to hear the Skatalites-the full band, in their prime-would be better served by getting a few compilations. Foundation Ska is a great double-disc collection of original recordings by the group, and the newly reissued Ska Bonanza: The Studio One Ska Years is an outstanding two-CD collection of early 1960s Jamaican music, featuring Skatalites musicians on numerous tunes.

Ska Bonanza is an expanded and remastered reissue of a set that’s been floating around since 1991, and it includes crucial tunes like “Man in the Street” by Don Drummond (the Skatalites’ original trombonist and the band’s greatest jazz musician) and “Spread Satin” by Roland Alphonso (the Skatalites’ original tenor saxophonist, along with Tommy McCook, who was the leader of the group). Well-annotated and in good sound, Ska Bonanza is the perfect introduction to the roots of reggae.