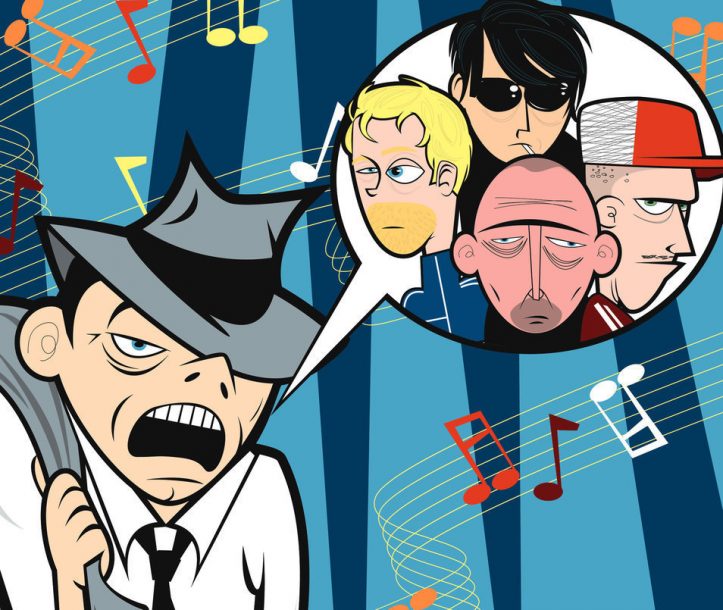 Jazz has absorbed music from around the world since the very beginning. But jazz’s most enduring connection to another music style is popular songs of the 1920s, 1930s and 1940s, by the likes of Cole Porter, Rodgers and Hart, the Gershwins, Hoagy Carmichael and Irving Berlin. The Great American Songbook standards. But as new players come up, they’re bringing their own standards to the stage. Sure, today’s young jazz musicians know the Great American Songbook, and they listen to John Coltrane and Charlie Parker, but they’ll often mention Radiohead and the Roots as being equally influential.

Old standards aren’t being abandoned by any means, but since Cole Porter last put pen to paper, there’s a whole new world of music to be absorbed and interpreted. Still, pianist Bill Charlap, a master interpreter of the Great American Songbook, says, “I don’t think that those songs of that era will ever be overshadowed by anything else in terms of their importance [to jazz]. I think that they are the Bach, Beethoven and Mozart of our repertoire.”

Ever the thoughtful diplomat, Charlap refuses to make value judgments about whether older music is better than new music. In his case, classic material is what he draws his creative sustenance from. Even so, Charlap admits, “I do think that the time of that music and those composers is not here anymore. It’s not even a matter of opinion, it’s a proven fact.”

But as Charlap says, the Great American Songbook composers were masters of art and form, overcoming the constraints of the 32-bar song to create something timeless. Many of these numbers were written for Broadway and film, but in the hands of a master musician these tunes went places the composers never imagined. Coltrane’s complete dedication to “My Favorite Things” turned a little show tune sung by children into a jazz epic.

At the same time, do we need another version of “My Funny Valentine”?

“To me, hearing people doing something like ‘Giant Steps’ makes me think, ‘Oh, they’re just having fun.’ But what kind of statement is it really?” says saxophonist Ted Nash, best known for his work with the Lincoln Center Jazz Orchestra, the Herbie Nichols Project and the Jazz Composers Collective. “More people need to take responsibility for developing this art form. It’s hard to be critical because I was doing the same thing for so long. I like to play five choruses of ‘Stella By Starlight’-it’s enjoyable, but it might be a little self-indulgent.”

Pianist Rachel Z agrees and argues that covering a standard can be more of an artistic sellout than taking chances with a newer song. Her new CD, Everlasting (Tone Center), shirks the warhorses in favor of Soundgarden’s “Black Hole Sun,” Smashing Pumpkin’s “Tonight Tonight” and Johnny Cash’s “Ring of Fire” among others. While Z will admit that her CD didn’t light up the charts, you have to admire her chutzpah.

The most buzz-inducing cover in recent years is the Bad Plus’ version of Nirvana’s “Smells Like Teen Spirit.” Many jazz purists, however, were less impressed, accusing the band of gimmickry or worse.

“It’s OK to play a Nirvana song and jazzify it,” says Bad Plus bassist Reid Anderson, “but if you play it like a rock song and don’t take off the rough edges then [jazz audiences] have a problem. We do everything we can to maintain those edges and generally add more if we can.”

While Herbie Hancock and Steve Bernstein’s Sex Mob have recorded Nirvana songs before the Bad Plus, Anderson likes that songs such as “Smells Like Teen Spirit” are wide-open terrain for jazz musicians. “There is no formula for how you’re supposed to do a Nirvana tune, or a Radiohead tune,” he says. “You’re faced with this unique challenge of how to work for piano, bass and drums and incorporating improvisation into it. Rock tunes aren’t made for that. You have to put a lot of thought into it and really embrace the music as your own to do that.”

What it boils down to is finding a song that means something to you. Pianist Jason Moran played a mind-blowing version of the hip-hop classic “Planet Rock” on 2003’s The Bandwagon, and he programmed Bjork’s “Joga” next to Ellington’s “Wig Wise” on 2000’s Facing Left. When a song is run through a musician’s distinctive vision, it just becomes part of the jazz continuum. “I just heard a small diddy of Fats Waller from a gig at the Yacht Club in 1938,” Moran says. “It had Jason Moran written all over it. So, whether it’s Bjork or Ellington or Albert King, it has to be a part of me before it can be a part of the band. One of the larger lessons to be learned is to tell ‘your’ story, as the saying goes.”