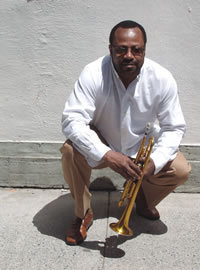 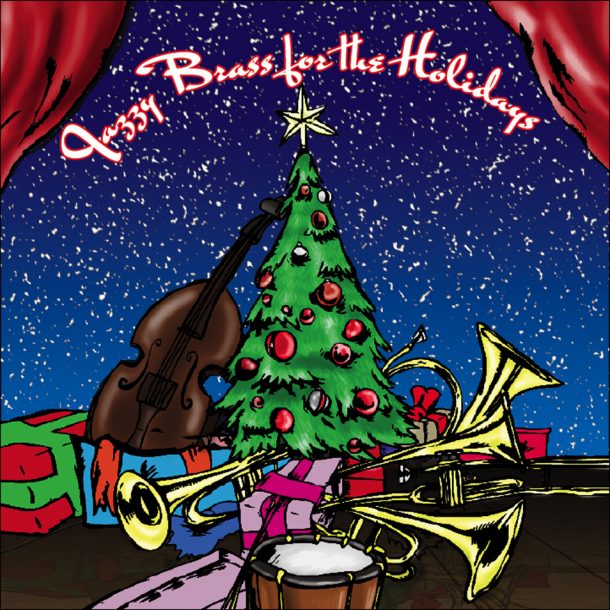 Jazzy Brass for the Holidays

Sure it’s a little early. But trust me, once Thanksgiving rolls around, all we will hear while out shopping will be the sounds of Xmas, for better or worse. Often the latter. But, like many a jazz musician, trumpeter Eddie Allen wants to deliver the former: good Xmas music. Starting on December 5, 2009, the Brooklyn-based trumpeter will be performing his special arrangements of holiday songs for a brass-heavy ensemble in gigs around the New York metropolitan area. He also has a CD out with much of the same music: Jazzy Brass for the Holidays.

For Allen, the gigs came first before the recording. “This project started out as an event 3-4 years ago and it just grew,” said Allen. “Every time we’d perform around the holidays, people would request songs.” He decided to write some arrangements to fill that demand. But he didn’t want to do it for one of his existing bands. “I thought, well I could do a Quintet, but I have already written stuff for mine. Afro-Cuban band? Have one. Big Band? Check. Brass Quintet? Now I’ve worked with one for years, but I realized that I could do special arrangements of these songs.”

But he ran into a little problem when the tuba player complained that Allen’s bass lines were killing him, so instead he went with an acoustic bass. And each year the group and its music developed. And it’s not just some pick-up band. Allen’s group is comprised by Allen and Cecil Bridgewater on trumpets, W. Marshall Sealy on French horn, Clark Gayton on trombone, Kenny Davis on bass and Carl Allen on drums. No tuba player.

As they did gigs each year playing this holiday music, people would ask for recordings, so Allen decided to meet that demand. The choice of material however came from Allen’s own heart and mind. “It’s all from me. I picked songs I’ve always liked. And I had to be able to do something different with the song. For example, I did ‘Away in a Manger’ as a medley with the second part done the way I’d always heard it, but with the first part being done the way it’s written in hymnals, but rarely done. So the arrangement goes from solemn hymn to more of a gospel feel.”

I suppose it should come as no surprise that Allen has a deep love and appreciation for Christmas music. When asked if he could name his favorite Christmas recording, Allen said quickly, “Oh, no.” Because there are no good ones or there are too many? “No, not too many. So many! I mean, from Ella to Vince Guaraldi. What can I say? There is so much I love. I can’t pick one.” If he sounds like a kid at Christmas, that’s pretty much how he feels when working on projects like this.

The group performs this material mostly at churches, schools and libraries and so Allen strove to make the material accessible to both kids and adults. “I wanted the create music that kids and adults would get interested in and not get bored. I wanted to create a family event.” One of the upcoming gigs is at a nightclub (Sista’s Place in Brooklyn), which is a bit unorthodox for holiday music like this. But Allen just sees that as just another challenge. “I was always inspired by seeing Art Blakey and the Jazz Messengers and the way that they moved people in a nightclub. I want to do the same thing. I want people to be relaxed and comfortable. And the music can go in so many different directions. I like that.”

Here is a list of performances by Eddie Allen and Jazzy Brass for the Holidays:

All shows open to the public, and all shows but the one at Sista’s Place are for all ages.