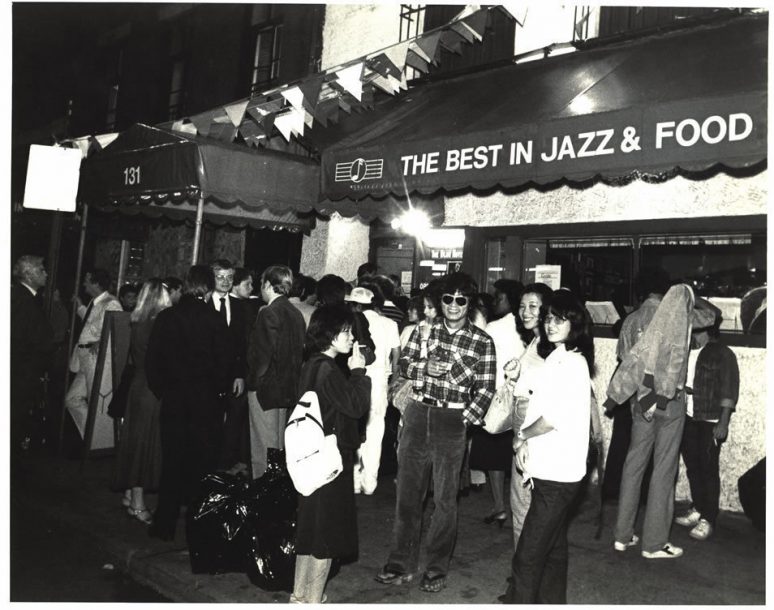 The Blue Note, one of New York’s venerable jazz clubs, celebrates its 25th anniversary this fall. “25 years go by fast,” says Danny Bensusan, founder and CEO of a club which now has four other locations worldwide.

When the Blue Note opened its doors in Sept. 1981, crowds were slow to come in until bassist Ray Brown convinced Bensusan to hire bigger names. “I was concerned that the big names would only work concert halls,” Bensusan recalls. Brown also convinced Bensusan that the Blue Note was offering the same amenities, if not more than most halls, and that the club had a larger capacity than others in the city. It seats 250 patrons. “I think we can bring the big caliber musicians to pack up the place,” Bensusan recalls Brown saying. “So, we started with the MJQ (Modern Jazz Quartet), Oscar Peterson, Sarah Vaughn, Ray Charles, B.B. King, Dizzy Gillespie and on and on.”

What inspired Bensusan to open up a jazz club? “Well, in the late ’70s jazz was really not at its peak,” says Bensusan. “The focus was on discos, the era of Studio 54 and live entertainment was not really at its peak. Towards the beginning of the ’80s we saw that discos were dying and live entertainment was coming back, especially jazz. We observed in the city of New York that jazz clubs were starting to do very well. We felt it was the perfect time to start a jazz club that was just a little bit bigger than what existed in New York.”

A few of the jazz venues that already existed in the Big Apple were the Village Vanguard, the now defunct Fat Tuesday’s, Sweet Basil’s and the Village Gate. “We wanted to take [jazz] out of the basements and second floors and bring it to a street level and expand it and give the musicians what they really deserve; a bathroom and a dressing room, a top sound system,” says Bensusan. “The other clubs that were open didn’t have all that. Sometimes a musician would come offstage and go to the bar. They didn’t have a place to rest. We changed that concept.”

Over the years the Blue Note has become well-known for its surprise guests and double bills. Herbie Hancock with Wynton Marsalis, Natalie Cole and her uncle Freddy Cole, Toots Thielemans with special guest Billy Joel and even the occasional triple bill which once featured Anita O’Day, Karrin Allyson and Jon Hendricks. “The trick is that if you come to the Blue Note to see a show, you don’t know who will come in to perform [as a guest],” says Bensusan.

This element of surprise also applies to the club’s clientele. The Blue Note is well known for its international appeal. It is not uncommon to hear people talking in German, French, Russian, Japanese and various other languages. Danny Bensusan and his son, Steven, who is now president of the corporation, have opened up clubs in Tokyo, Osaka and Nagoya, Japan, and most recently in Milan, Italy. There are other cities around the world in both Europe and Asia that are being considered. “We have given the opportunity to people, whether they were tuned into jazz or not [to] come and try it,” says the elder Bensusan.

While the Blue Note name has certainly become associated with jazz venues around the world, it was originally recognized as a jazz record label, something that was not lost on Danny Bensusan. The label no longer existed when the club opened up, but when it was resurrected in the mid-1980s, the owners of the Blue Note label began recording live performances on Monday nights with its new roster of jazz artists. During the 1990s the Bensusans decided to form their own Half-Note record label and began releasing live performances that have since expanded into studio recordings. “We record about eight to 10 records a year,” says the younger Bensusan. “In the past year we recorded live with Arturo Sandoval, James Carter and we have one with Kenny Werner coming up with special guests. In addition, we have gotten into the management world. We now manage McCoy Tyner.”

The Blue Note will begin to undergo renovations following its 25th anniversary celebrations this fall. In addition to a new look, the Blue Note will serve new dishes and even new drinks to honor the jazz greats that have graced its bandstand.