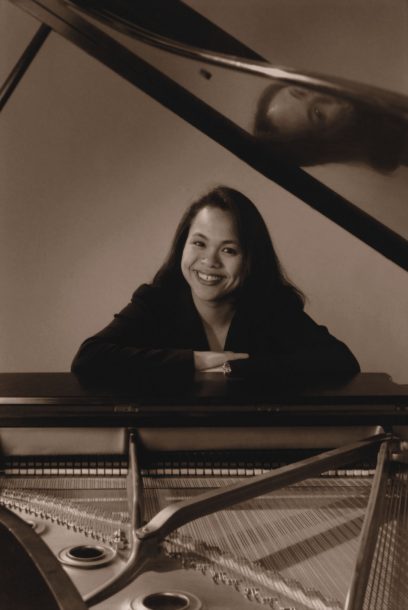 There’s an energetic creative force on the horizon named Ayn Inserto, and based on this debut album, she’s Maria Schneider on steroids. Boston-based Inserto, an assistant professor at Berklee, arranged all nine tracks and composed six. George Garzone, who is a guest tenorist, wrote the remaining three. The other guest soloist is trombonist Bob Brookmeyer, who happens to be Inserto’s mentor. That connection alone gives credence to the album. What you’ll hear may be confusing. In Inserto’s contemporary mindset, there seems little need for bar lines or, in many instances, tonal centers. Her strength is in creating dense colors and textures, as on “Clairvoyance.” Sticking with a conventional, 17-piece band, she devises huge, avant-garde canvases filled with clusters (she loves minor seconds). Brookmeyer is laid-back, never deviating from his sophisticated tones, creating a fascinating contrast to Inserto’s dissonant backing, particularly on “Shadow Dancing.” Garzone, on the other hand, tends to become as anarchic as the band, as on “Hey, Open Up.” Pianist Kyle Aho takes a very poetic solo on “Early Sunday Morning,” and there is outstanding rhythmic support from bassist Jeremy Allen and drummer Richie Barshay on “Lazy Saturday Afternoon.”