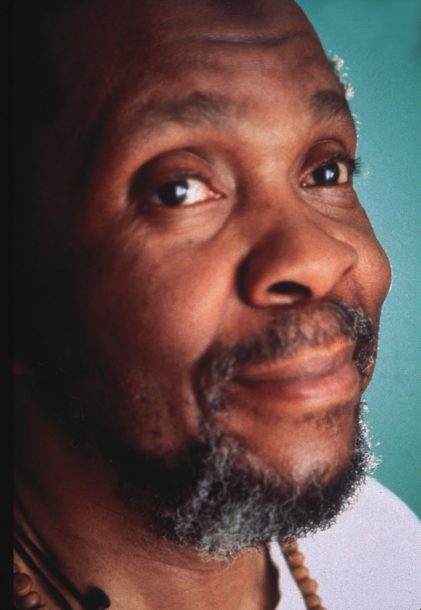 Some formidable roadblocks have caused inter-ruptions in the career of guitarist-vocalist-composer Terry Callier. In fact, it’s been 17 years since his last record. But despite domestic responsibilities that forced him to leave music for a career in

computer programming, Callier was not to be denied. Witness his new recording on Verve Forecast, TimePeace, where Callier’s legend as a folk jazz “cosmic crooner” is back stronger than ever.

“This recording is an extension of what I’ve always done,” he said. “It’s music about me, about my relationships with others and also about the relationships we all have with a higher power.”

Callier hung up his music back in 1980 to support his daughter, who came to live with him in Chicago. Taking some training at a computer school, he eventually landed a full-time job with the National Opinion Research Center, where he remains today. But a call to him from a disc jockey in the UK back in 1990 put him back in the public eye:

“That disc jockey came across one of my earlier recordings,” he said. “He wanted to re-release it, which he did, and it took off. My new fans in Europe started to look for other recordings by me, and they discovered the early records I did on Cadet and some stuff on Elektra.”

The renewed interest in Callier’s work has led to TimePeace, featuring friend Pharoah Sanders guesting on the final cut. “I write what I see and what I feel,” he said. And it’s writing that helps him keep the faith: “I know that when a tune of mine comes together, the Creator is alive-not just in me, but in everything that’s going on.”

He’d like music to be a full-time gig, and if the situation were right he’d move in a heartbeat. But Callier knows that his life has been a blessing, and if that full-time gig remains elusive, then so be it.