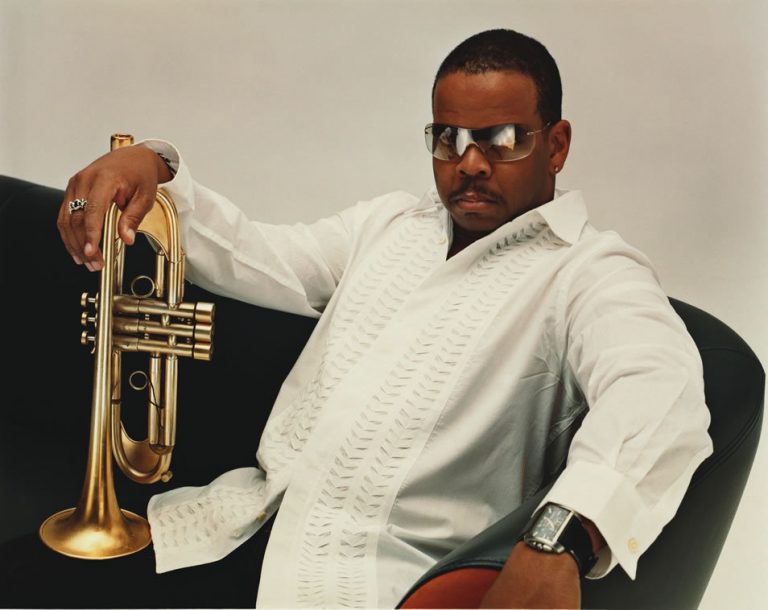 What we said: Two years ago, Terence Blanchard documented his jump from Sony Classical to Blue Note with an album titled Bounce. This year’s sequel is just as aptly and succinctly named: Flow not only flows but also shows what’s possible when a band has flow. Blanchard has crafted a stirring and soulful contemporary outing and one of the strongest albums of his distinguished career.

Flow is, start to finish, an ensemble effort. Each of Blanchard’s musicians plays a critical role in the group’s expansive sound, and each contributes a song or two. Lionel Loueke, Blanchard’s former charge at the Thelonious Monk Institute, delivers the session’s most distinctive number, a nearly 15-minute long “Wadagbe” that convincingly bridges the gap between West African folk forms, spacious postbop and 21st-century groove. The most purely evocative piece comes from the pen of bassist Derrick Hodge: “Over There” begins as a quiet lament and gradually builds to a fever pitch, its cinematic cadence provoking a monumental and expressive solo from Blanchard. Saxophonist Brice Winston provides the most intricate theme, a Herbie Hancock ode called “Child’s Play.”

Hancock is more than a specter here. The pianist sits in on Loueke’s “Benny’s Tune” and, more spectacularly, on drummer Kendrick Scott’s “The Source.” He also produced the album, which explains its occasional Mwandishi vibe. But make no mistake: Blanchard runs this show. What’s even more impressive than his stalwart musicianship is his evident leadership. Flow announces the maturation of a real band–now one of the finest on the scene.

What we say: With the economic realities of jazz slapping musicians in the face every day, working bands are all but a thing of the past. Thank goodness that Blanchard has a successful career outside of jazz with film scoring and he can keep together the great unit that made Flow, certainly one of the most surprising CDs of the trumpeter’s career–if not the best.