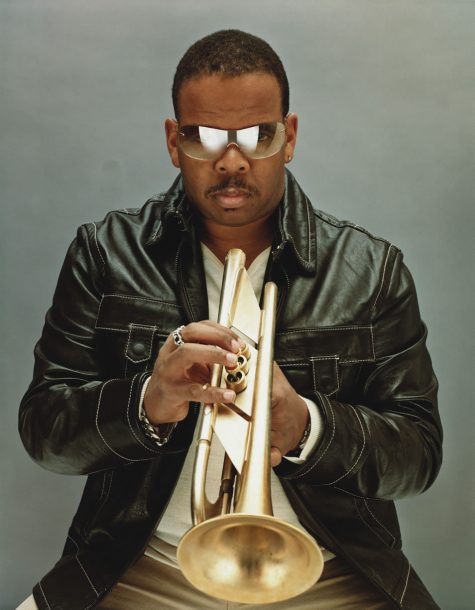 More than writing movie soundtracks or playing in Art Blakey’s Jazz Messengers, Terence Blanchard had one primary desire since he started playing music. “More than anything, my goal was to have a band where every member was committed to making original, fresh music, not just copy whatever else was out there,” he says. “I really love the band that I have now.”

From the nimble, African-tinged chants and slashing rhythmic pace of “Wadagbe” and the hard-bop slant of “Benny’s Tune” and “Wandering Wonder” to the lighter, more lyrical direction of “Child’s Play” and harder-edged exchanges on “Harvesting Dance,” Blanchard and his band display their remarkable soloing skills while being equally concerned with ensemble play, pace and thematic development. The three-part title track serves as a transitional device, spotlighting Blanchard in alternately energized, thoughtful and playful roles, working off jagged rhythms and beats. There’s also a sizeable amount of electric flourishes, most notably the synthesizers that frame “Harvesting Dance” and each portion of “Flow.”

Flow is produced by Herbie Hancock, his first outside production effort since 1987. Blanchard says Hancock, who also contributes beautifully executed solos on “Benny’s Tune” and “The Source,” taught the group an early lesson. “One night Herbie took us out and we spent the entire evening talking about the days he played with Miles. That next day we started playing and he let us go 20 minutes, then came out and stopped everything. ‘I wanted to work with you guys because of the way you sound,’ Herbie said. Don’t be out there trying to play the way we did.”

The 43-year-old trumpeter has taken some intriguing journeys since he made the trek from New Orleans to New York in the early ’80s with fellow Crescent City colleague Donald Harrison. (The duo made a pair of outstanding albums for Columbia in Crystal Stair and Black Pearl, and they were members of Art Blakey and the Jazz Messengers before going their separate ways.) Then Blanchard met bassist Bill Lee, which let him into an arena that he’d previously never even considered: the world of film scoring.

“I was somebody who went to an occasional film here and there, but I’d never really thought about doing it [scoring films] regularly,” Blanchard says. “But meeting Spike Lee through his father and starting a dialog with him about a lot of things, including music, led me down a path I never anticipated.” Their collaborations include Mo’ Better Blues, Jungle Fever, Clockers, Malcolm X, Summer of Sam, 4 Little Girls and Bamboozled. “There’s really no set pattern or formula for working with Spike,” Blanchard says. “Sometimes he’ll tell me that he has an idea and wants me to come up with some music for it. Other times he may have something specific in mind, or he may have a song or two for a foundation, then I’ll work off that. Scoring has given me a much greater appreciation for what a filmmaker is trying to do on the screen, and how difficult it is to really tell an effective story. The music plays a major role in that, and that’s something I didn’t have any understanding or idea about before starting my work with Spike.”

Still, Blanchard remains most devoted to playing and writing music for and with his group. “This band in my view has just started to jell,” he says. “I’m really looking forward to what we’re going to do in the future, because these guys are really committed to the music and in making strong individual statements and contributions to it.”