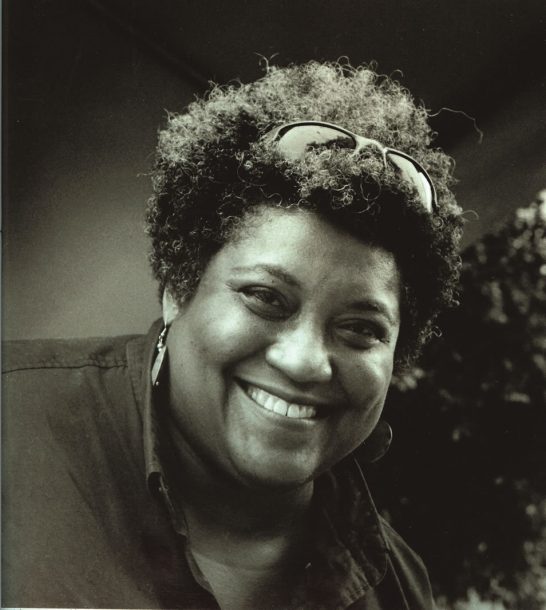 Pianist Tammy Hall has spent the past decade as one of the Northern California’s most sought-after accom-panists, providing soulful support for many of the region’s best jazz and blues singers. With Blue Divine, her new release on the Elfenworks label, Hall is stepping forward as a leader in her own right, and she’s clearly ready. Working mostly in a quartet format with bassist Marcus Shelby, drummer Kent Bryson and percussionist Michaelle Goerlitz, Hall delivers nine well-crafted originals and a ravishing version of Jobim’s “Se Todos Fossem Iguais a Voce.” What stands out most is her compelling lyricism. Possessing an uncluttered, telegraphic style marked by her classical training and deep roots in gospel, Hall combines elegance and grit.

That enticing blend of soul and precision is what’s made her so invaluable to vocalists such as Etta Jones, Kim Nalley, Denise Perrier, Rhonda Benin, Linda Tillery, Frankye Kelly, Veronica Klaus, Brenda Boykin and Debbie DeCoudreaux, who have all availed themselves of her keyboard services. After so many years as a sidewoman, Hall decided the time was right to make her own statement.

“It’s something I’ve wanted to do for a long time,” Hall said between sets at Jazz at Pearl’s, San Francisco’s leading jazz club. “I think the experience I had accompanying so many wonderful vocalists really helped me to develop as a better instrumentalist. Accompanying isn’t difficult, because I have the experience growing up in the church, backing choirs and soloists. That all helped prepare me to make my own record, which is really scary, putting out nine original pieces. The music is personal anyway, but to have your own compositions out there feels quite exposed.”

Hall needn’t worry. With her vibrant mix of blues, Latin grooves and exquisite ballads, Blue Divine effectively showcases her empathetic sensibility as a player, composer and arranger. She’s also well represented on several recent releases, such as the self-titled debut CD by trumpeter Ellen Seeling’s Montclair Women’s Big Band-powered by rising drum star Allison Miller-and Kim Nalley’s thrilling tribute to Nina Simone, She Put a Spell on Me (CE Jazz & Blues). Nalley, who owns and runs North Beach’s Jazz at Pearl’s with husband Steve Sheraton, has played a key role in spreading the word about Hall’s talent. As one of Pearl’s house pianists, Hall has worked with a succession of saxophone greats, such as Mel Martin, David “Fathead” Newman and Houston Person, who has described her as “one mighty soulful lady.”

Born and raised in Dallas, Hall first started playing music at Mt. Moriah Missionary Baptist Church. By 8 she was studying classical music and soaking up the sounds around her, absorbing influences such as Stevie Wonder, Ahmad Jamal, Hank Jones, Cedar Walton, Dorothy Donegan, Joe Sample and Oscar Peterson. She won a scholarship to the elite Hockaday School for girls, where she took informal jazz lessons with a sympathetic music teacher. In 1979 Hall moved to Oakland to attend Mills College on scholarship. After two years she left the program, looking to gain experience in the Bay Area jazz scene.

Hall attracted considerable attention in the mid-’80s with the female fusion band Beyond Definitions. In 1987 she decided to try her luck in Belgium, settling in Brussels and working the European festival circuit. When she returned to the Bay Area in 1989, she was far more seasoned and before long had won a reputation as an ace accompanist. She gave up her day job as a law office bookkeeper in 2004 in order to concentrate on music. “It’s been a real roller coaster, but I wouldn’t give it up for anything,” Hall said. “That’s all I want to do. I want you to hear my music and feel good, or just feel, period.”