Skip to content
Become a member and get exclusive access to articles, live sessions and more!
Start Your Free Trial
Home > JT Archives > Take 6: Coolin’ Out 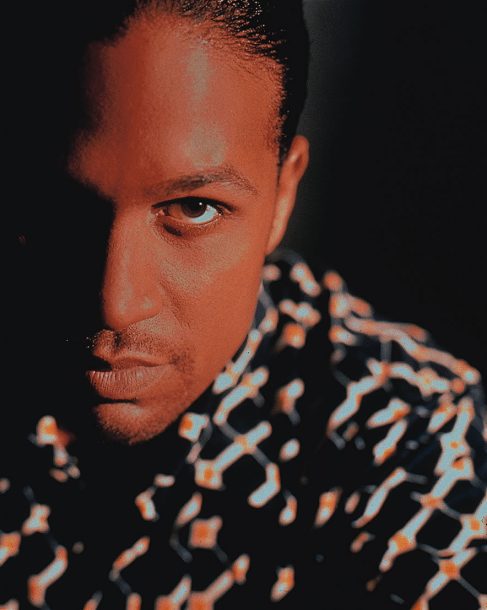 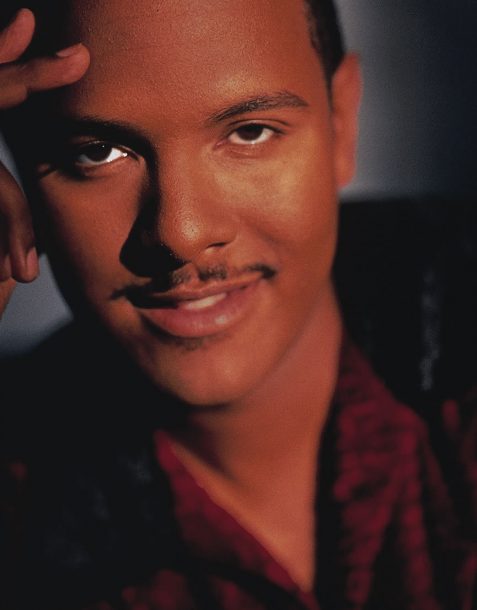 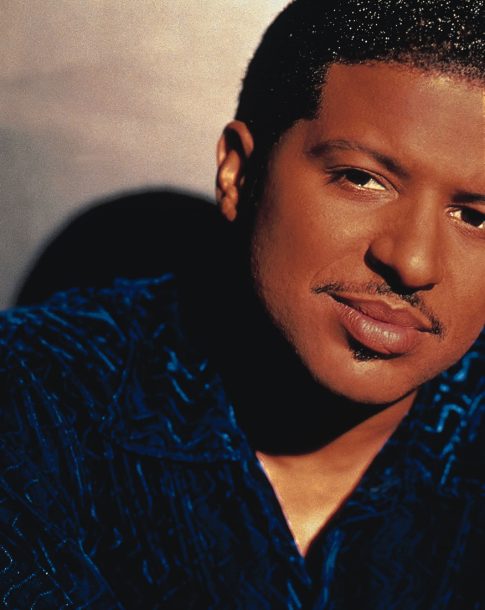 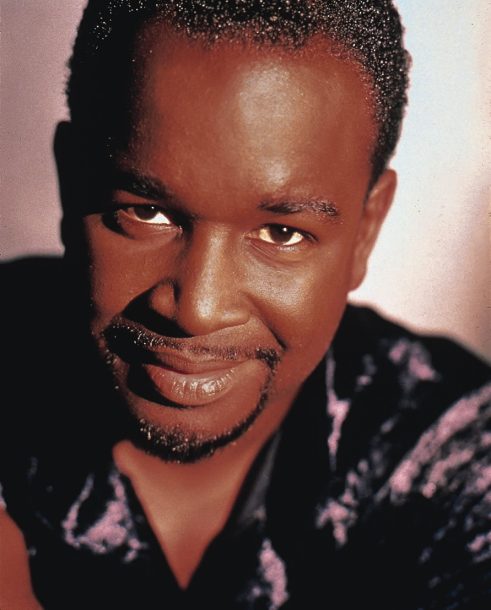 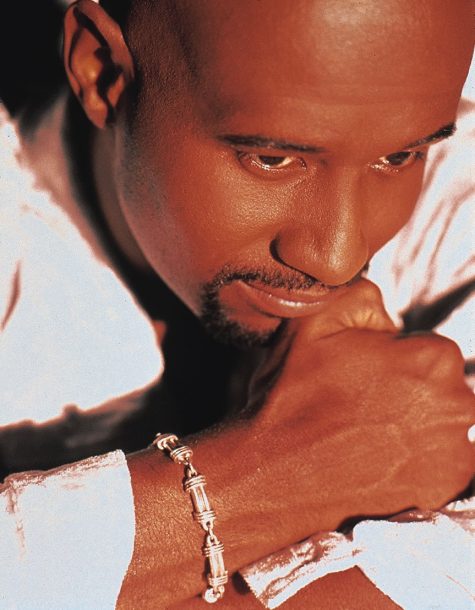 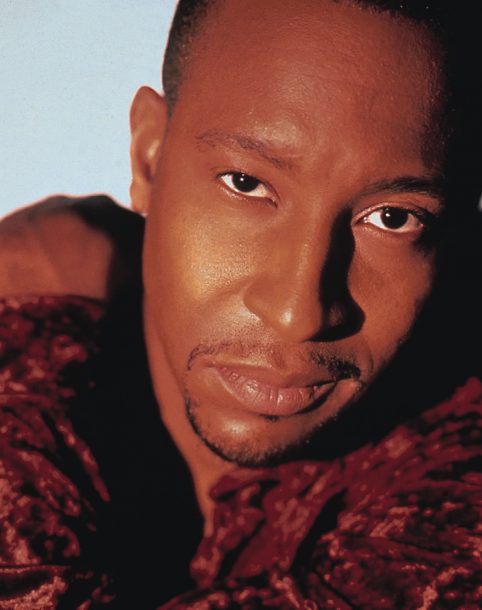 Ask anyone to define the musical stylings of a cappella sextet Take 6, and one thing soon becomes clear: there is no cozy little category into which the group can be placed. By blending various styles, ranging from gospel and pop to jazz and hip hop, Take 6 members Claude McKnight, Alvin Chea, Mark Kibble, Cedric Dent, Joey Kibble, and David Thomas have achieved a sound that has weathered time and reflects the constant evolution of modern music.

It’s been a decade since the group first exploded onto the music scene with its self titled debut effort-a jazz, gospel, and R&B-inflected record that effectively reinvented contemporary a cappella, served as a catalyst for five consecutive platinum albums, and provided a beacon that has beckoned the sextet back to the place from which their journey first began.

The group’s new Warner Bros. recording, So Cool, is a marked departure from its previous effort, Brothers. Although accented by their hallmark vocal harmonies, Brothers was an instrumentally supported collection of funky R&B and pop tunes, while its successor shuns instrumental support and marks the group’s return to their a cappella foundation. “Initially,” explains group member Cedric Dent, So Cool, and our last record, Brothers, were conceived to be records that came out at the same time.

“We wanted to contrast both sides of us with instruments and without instruments, and so we wanted to put out records that were complete opposites just to sort of show the breadth of what we can do. What really foiled that whole thing is that we’re perfectionists and it takes us too long to finish a project. And it’s just no way we could get two records done and out within a year or two. For us to get them both done-it would have taken us about four years, and of course you know no record company will stand for that.”

The release of So Cool marks a ten- year union that has afforded the label more than marginal profits and the group artistic freedom as well as commercial viability. “So Cool, represents our coming full circle,” says Dent. “I guess with this being our sixth recording, our being called Take 6, and [the album] coming on the heels of our tenth anniversary, there was a tendency to want to sort of go back to our roots, to sort of commemorate where we’ve come from.”

The group started out at a small college in Huntsville, Alabama. During the early ’80s, the ensemble (originally a quartet called “Alliance”) sometimes staged rehearsals in their dorm restroom, times were so lean. A contract with a major recording label seemed a very remote possibility, particularly since Take 6 at that time considered marketing itself as a gospel act. Despite being discounted by most of the small independent inspirational music companies, which thought their style too secular, the ensemble was signed by the country division of Warner Brothers. “The president of the country division, Jim Ed Norman, signed us personally. He was so taken by our sound and had such a profound respect for what we did, he gave us complete creative license. We haven’t taken that for granted. And with him still there [at Warner] he’s a big part of the reason we’re still there-because he believed in us from the beginning.”

No matter what realm Take 6 is relegated to, the group credits member and de facto principal arranger Mark Kibble with developing the concepts that flavor their unique style. “The members voices,” details Kibble, “are instruments; when you’re thinking of voices as instruments, you’re pretty much just thinking beyond what one would normally do vocally. Whatever you hear, whatever you imagine, the voice is probably one of the best instruments to imitate or accomplish the task. So we not only use the voice as instruments, but as picture painters. With the vocal ideas that we come up with, we’re basically trying to paint a picture. If the song is talking about something that’s happy, then that’s how we sound; if it’s talking about a lion, then we might roar. If it’s talking about horn parts, then we might do something that sounds like horn parts. So the basic idea here is to not just sing the songs but paint the picture musically.”

Kibble cites the influence of such groups as the inimitable Lambert Hendricks & Ross, as having indirectly affected their style. “We came out at a time when a capella music was not very popular, and extended harmonies were definitely not popular…but where we coupled two different types of music, gospel music and jazz music, and

kind of put them together and then threw in the curve ball of being accapella, that kind of set us apart from everybody else.

Lambert Hendricks & Ross,” extols Kibble, “have done some things that are pretty unbelievable. They were probably some of the first people to not only put lyrics to instrumental solo’s but take three voices and do some of the craziest harmonies that you ever heard in your life. We will dabble in doing the vocalese kind of solo’s, but I would dare say that they [LH&R]are probably the royalty in that arena.”

Like Lambert Hendricks & Ross, the group makes full use of extended harmonies, but acknowledges the convenience of being able to utilize six members (as opposed to three) to create the illusion of a full band complete with vocals.

Although Take 6 has been the recipient of numerous awards and honors over the years, the group has remained effortlessly true to themselves, and have not wavered in their artistic mission-to simply make people happy and introduce them lyrically, to the wonders of god’s love. “You know, the main thing is [that] we do the types of music that we love to do. We’ve come all the way back to doing acapella music, which is what we came out doing in the first place. Which is what sets us apart from everybody else…we’re just doing what is coming from our hearts. Which, I think, after having done everything that we’ve done, that’s what I would recommend for any musician. Do what comes from your heart, because that is what is believable.”

Earth Wind & Fire: I Am (Columbia)

That was what we could not get enough of. It seemed like back when it came out, it was so far ahead musically, with instrumentals, instrumental riffs, and vocal talent. All and all, it was as if you were at a concert right there when you’re listening to the album, a continued flow. We listen to that over and over.

There’s a classic for you. That was one of the first albums that I heard where there were extended vocal harmonies. It absolutely blew my mind. That was a long time ago, but I’ve never fallen out of love with that particular album.