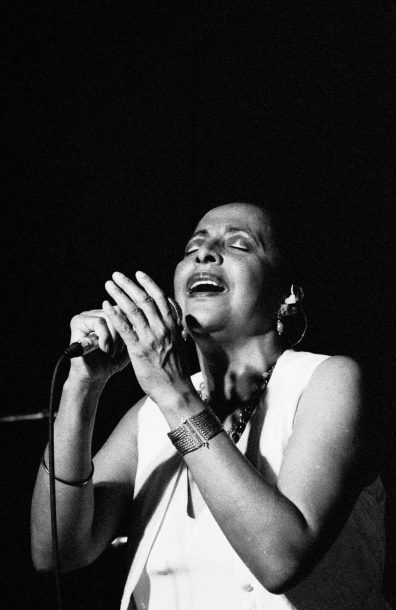 For years, the career of singer Susana Baca has been fueled by a burning desire to save the musical traditions of the Afro-Peruvian minority in her homeland from extinction, and it’s beginning to pay off. Complementing the array of largely forgotten traditional material on her gorgeous new album, Eco de Sombras (Luaka Bop), are two new songs written by a young Peruvian composer named Javier Lazo that clearly draw inspiration from the very history Baca has been struggling to preserve.

“It’s really beautiful for me because it brings the tradition into the present,” says Baca, speaking through a translator.

A devoted student of the myriad African rhythms that pulse through the various Latin American styles, Baca investigated their disparate permutations on an early album, Del Fuego y del Agua, which included songs of Brazil, Uruguay, Puerto Rico and Cuba. With her husband, the sociologist Ricardo Pereira, she founded Instituto Negrocontinuo (Institute of Black Continuum) to collect and disseminate black Peruvian culture, a rich tradition once strictly limited to oral transmission. “I’ve been saving songs from my mother, my aunt and from different places I’ve gone my whole life,” she says. “I used to carry them in bags, but my husband and I decided to put them all together so they would be available to everyone.”

Despite her activist regard for Afro-Peruvian culture, Baca is hardly old-fashioned. As with vocalists from Cesaria Evora to Virginia Rodrigues to Cassandra Wilson, her musical aesthetic is triumphantly pluralistic, and she cites Louis Armstrong, Billie Holiday and Aretha Franklin among her biggest influences. For her new album she worked with producer Craig Street, the man who helped Wilson develop her singular sound. While the seductive, telepathic feeling crafted by her band of a dozen years remains undiminished, Street adds some lovely genre-crossing touches. With the help of musicians like John Medeski, Marc Ribot and Greg Cohen, the album is peppered with subtle details that intimate an expansive musical vision. “Every minute he was taking something out of his hat,” says Baca. “It was a very shared, equal experience, but he showed me a whole new palette of colors and nuances.”