Skip to content
Become a member and get exclusive access to articles, live sessions and more!
Start Your Free Trial
Home > JT Archives > Stromba: In the Buff 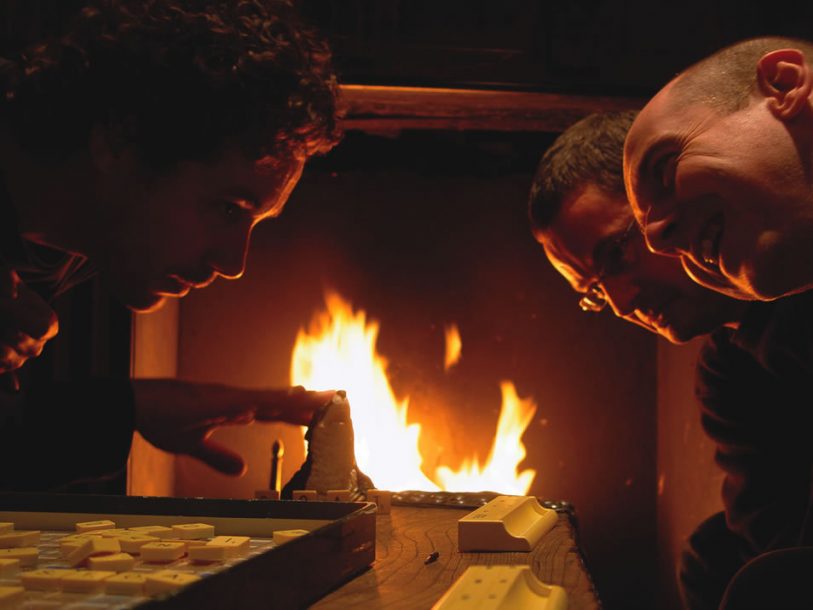 Stromba takes its moniker from the brand name of the steroid stanazolol (Rafael Palmeiro’s testicle shrinker of choice). But as heard on The Sitting Room (Fat Cat), the British production duo of James Dyer and Tom Tyler brew a captivating mixture of downtempo club grooves, dub-wise sensibilities, world-music tinges and a smattering of ’70s electric jazz that adds up to anything but muscular freakishness and tiny testies.

The six-year-old group dropped a samples-heavy EP in 1999, but its full-length debut was so long in coming because the busy boys wanted to flesh out their sound by working with live musicians, and it was hard to fit in recording sessions between their day jobs: Dyer manages DC Recordings (owned by the great electronica/electro producer J. Saul Kane, aka Depth Charge), and Tyler records for the label under his own name; he describes his solo music as “downtempo, but it’s got a bit more of a jazz influence than Stromba. Based on old jazz samples, pretty much. I’ve always been into the 1970s, when things started getting pretty cosmic, like Alice Coltrane, Pharaoh Sanders, Eddie Henderson.”

The other thing slowing down Stromba is distance: Dyer lives in London and Tyler in the South End in Essex. “We can only get together on the weekends,” Dyer says, “so things are done quite loosely and quickly. We’re not there for hours working on specific sounds.” But that’s not necessarily a detriment to Stromba’s sound: “I like rustic music that’s not overproduced,” Dyer says, “and there are certain atmospheres in lo-fi recordings that I really like.”

The Sitting Room doesn’t sound lo-fi so much as it does roomy and open, which can be heard especially in the drums and cymbals, which are live and ringy. Latter-era Talk Talk and its spin-off group Orang spring to mind as possible influences on the cavernous but slamming drum sound (and Stromba’s music in general), but Tyler cites a different source: “We’re into New York [early ’80s punk-funk] stuff like Liquid Liquid and ESG-that raw sound. And we’ve always been big fans of ’70s funk music, which is all about the drum sound, and it’s not heavily processed-just one mic up, put it through a compressor and get it really raw and crunchy.”

Jamaican-style music also plays a big role in Stromba’s sound: “Yeah, like King Tubby, Mad Professor, people like that,” Tyler says. “James is the one who’s really into reggae and dub.”

“We listen to a lot of different music,” Dyer says, “but dub is a staple of what I listen to on a daily basis. I never get tired of it. King Tubby is the most consistent producer of that era’s reggae, and a lot of stuff I listen to is from the early ’70s. I like the stripped-down dub side of it, and some roots.”

The studio-centric Stromba creates its music in a way similar to how Teo Macero and Miles Davis approached the trumpeter’s recordings in the early ’70s.

“Usually me and James will get together with the bass player [and unofficial third member] James McKechan, and we just sort of mess around and get a few ideas going. Then we’ll take it to another studio, where Duncan Mackay, a trumpeter player, and a drummer and percussionist, Adrian Meehan, will jam over our ideas. Then we’ll take those back to my studio and pick the best bits and piece it all together. Unlike with most computer-based music, we like to keep the live feel, a more organic feel.” In other words, no steroids.