Skip to content
Become a member and get exclusive access to articles, live sessions and more!
Start Your Free Trial
Home > JT Archives > Steve Smith and Vital Information: Blast Off 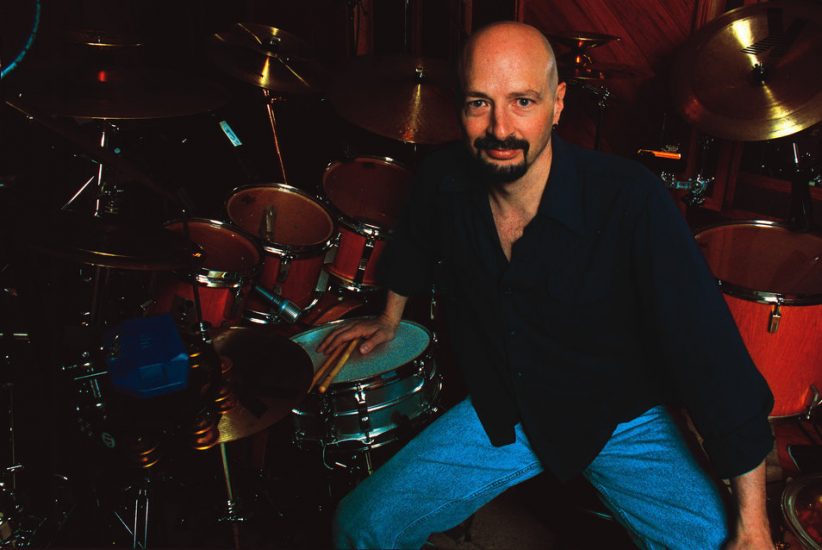 Where is it written that jazz musicians need follow a clean line of evolution, starting from point A and moving deeper into the alphabet of development? It’s a musical/existential question that could be posed by any number of players who haven’t followed a diehard jazz path in their careers. Take, for instance, drummer Steve Smith, a genuinely versatile musician who began his creative life in his hometown of Boston, studied at Berklee, and got caught up in the fusion fury of the late ’70s, hitting the road with Jean-Luc Ponty.

But the association that netted him the tidiest sums and impacted the largest numbers of music consumers was his role as the tasty powerhouse timekeeper in the arena-pop band Journey. He spent eight years with the band, which he joined after moving to the Bay Area in 1978. Towards the end of their gilded stint, he had already begun his reentry into the jazz scene, forming his band Vital Information and recording a guitar-oriented sound with Mike Stern and Dean Brown, for Columbia. He went from Journey to working with Steps Ahead and other jazz settings, proving his formidable abilities in diverse musical landscapes.