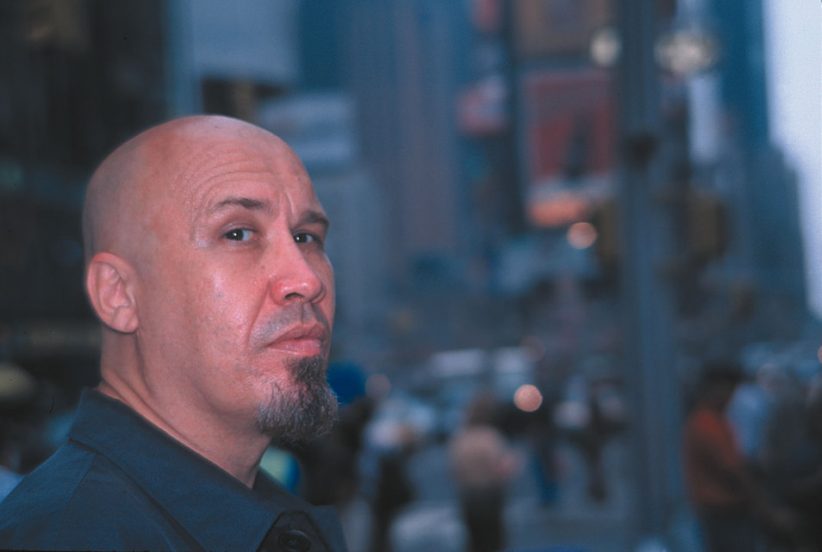 With New New York, his debut for OmniTone after five recordings for the Denmark-based SteepleChase label, saxophonist Steve Slagle reaffirms his deep affection for the city and scene he has been a vital part of since moving to the Big Apple in 1977. This powerhouse offering, his most seasoned and soulful expression to date, features a core quartet of bassist Cameron Brown, drummer Gene Jackson and longtime associate Dave Stryker on guitar, augmented by special guests Joe Lovano on tenor sax and Joe Locke on vibes.

Slagle’s personal paean to New York City brilliantly demonstrates his capacity to stretch into adventurous realms. Originals like the Ornettelike “Loftology” and “Blackwell’s Manhattan” reveal the chemistry that has been percolating between Slagle and Lovano since they were both loft dwellers back in the day. As Slagle explains, “Between Joe and I, the music can go in a lot of different places and some of that can’t be contrived by a producer, really. It’s more something that you have between people that would still exist no matter where or when or whatever.”

And that kindred thing goes way back. As Slagle puts it, “Shit, I lent Joe money when he first came to New York.” After a laugh and a long pause he offers, “He paid me back though.” Indeed, Lovano may have paid him back in full by tapping Slagle for his current quartet and using him as a standout soloist in his expanded ensemble, documented on Joe’s latest Blue Note recording, 52nd Street Themes.

On New New York, the twisted “Bowery Blues,” featuring some particularly sick slide work by Stryker, partly reflects Slagle’s early dues-paying years with Hammond B-3 organ maven Jack McDuff as well as his rewarding seven-year tenure (1990-1997) with the Mingus Big Band. The soprano vehicle “St. Mark’s Shuffle” represents two different periods in the saxophonist’s New York saga-one spent on St. Marks Street in the Park Slope section of Brooklyn, another on St. Marks Street in the East Village section of Manhattan. And the sparks fly again between Slagle and Lovano on a ripping rendition of “Thelonious,” in honor of the quintessential New York pianist.

The last track on this collection of New York-related themes is a naked duet between bass and alto sax on Mingus’ “Nostalgia in Times Square.” As Slagle explains, “We actually recorded this after the session had ended, while Gene was packing up his drums and Stryker was leaving. Cameron and I just did it totally off the cuff, just the two of us.

“That was actually [OmniTone founder] Frank Tafuri’s idea,” he continues, “and I’m thankful to him for suggesting it because it’s a tune I used to play a lot with the Mingus band and it’s definitely got a New York vibe. Of course, nowadays Times Square is not the same Times Square that Mingus pictured when he wrote this song. Mingus was talking about the Times Square of the ’50s-the Jack Kerouac era. I think it was probably a more interesting place then. If you wrote a song about Times Square today it would have to be like a Cmaj7th chord with some sugar on top. They’ve cleaned it up and made it all shiny and good for Middle America. It was kind of dangerous in other eras. It was the place that mom would tell the kids not to go to. But Times Square today is like Disneyland, and this song isn’t really coming from that.”

Slagle mentions that shortly after the release of New New York, which bears one Portuguese title in the lyrical alto flute vehicle “Mañha de Hudson,” he got a call to play at a festival in Portugal. “So on the next record, I plan to have a French title, a German title, a Bulgarian title, a Turkish title, and then hopefully put together a whole string of gigs,” he laughs. “It’ll be my world tour.”