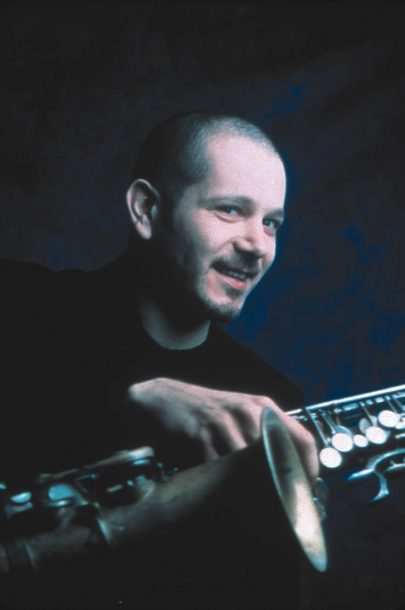 Yes. Which is why Italian saxophonist Stefano di Battista moved to France in the early ’90s. “Between Italy and France, we have no choice: we have to work in France,” he says from his Paris home.

Since his move, di Battista has fit right into the French-jazz landscape. He has been a regular at Paris’ Sunset jazz club, and he has performed around Europe with Aldo Romano, Michel Petrucciani, Walter Booker, Daniel Humair, Jimmy Cobb and Nat Adderley. Di Battista’s first album, 1997’s Volare (Label Bleu), earned him a nomination for the Victories de la Musique, Choc de l’Année Jazzman award. Then, in 1998, he was signed to Blue Note and released A Prima Vista to wide acclaim.

Not bad for a young kid from a small town near Rome who discovered jazz at age 13 by chance. Di Battista bought a compilation album that featured a saxophone on its cover, though he knew nothing about the performers. After hearing the compilation, which featured Cannonball Adderley, Art Pepper and other greats, di Battista says he decided, “I would like to play like this, like Art Pepper particularly.”

Stefano di Battista (Blue Note), his American debut, features pianist Jacky Terrasson, bassist Rosario Bonaccorso, drummer Elvin Jones and trumpeter Flavio Boltro. While many of the CD’s peppy postbop tunes reference other musicians-“Elvin’s Song,” “Johnny’s Time” (for Johnny Hodges), “Adderley,” “Song for Flavio”-the di Battista original “Hall” isn’t about guitarist Jim Hall at all. Di Battista says, “One time I was playing in France, and after the concert, after the people go away, and I take five minutes to be on the stage, alone, and was just playing because there is some energy to feel in the theater. I was thinking of this energy when I wrote the composition.”

While Pepper doesn’t get a song named after him, Art’s influence is still apparent on the CD: Di Battista has a biting and, well, peppery tone. Another inspiration is apparent, too: Di Battista’s alto playing is often Coltranesque, though this has much to do with Jones banging the skins. “I love John Coltrane,” admits di Battista. “His spirit, his creativity. My dream is to say something with the alto like he did with the tenor.”