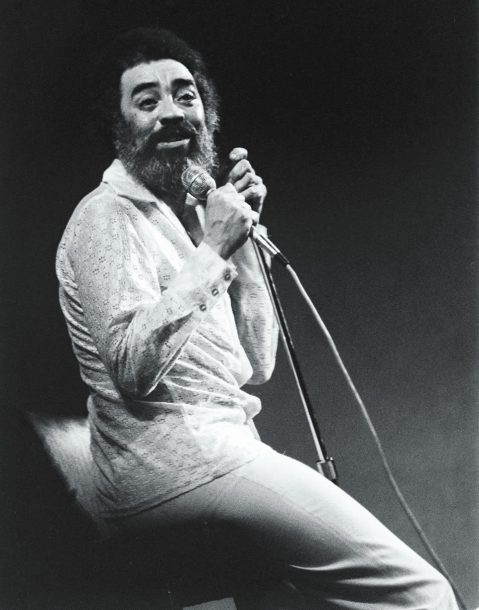 Many are holding out hopes for ambitious, left-of-center programming at the new Jazz at Lincoln Center, and “Speaking of Jazz,” a poetry-meets-jazz concert held in the Allen Room, seemed a step in that direction. The first half featured a stimulating cast of readers, backed by a house band with Sonny Fortune on alto sax, Reggie Workman on bass and Rashied Ali on drums. One could easily imagine a bill like this turning up at the Vision Festival (the Lower East Side’s annual avant-garde group hug), but here we were on 59th and Central Park South, listening to fractious and open-ended trio music, spurred on by free verse that was at times contemplative, at others incendiary. Behind the stage, a majestic cityscape bathed each performance in a sweep of the surreal.

Yusef Komunyakaa, a Princeton professor and Pulitzer Prize winner who recently appeared on HBO’s Def Poetry Jam, offered muted reflections on “the no-good blues” and inspired hefty double-stops from Workman, along with a closing reference to “Tune Up.” It was Komunyakaa and Sonia Sanchez who made the most compelling music of the first half. Sanchez’s hypnotic repetitions and hornlike wails had all the impulsive interactivity of a true jazz performance.

Amiri Baraka displayed a solid rhythmic sense, pumping his right foot in time with the music and letting it shape his verbal delivery. His material, however, was forced (“the Mandarin word for Bush is ‘motherfucker'”), barely succeeding as stand-up, let alone poetry. (Props were given to “the great Amiri Baraka,” but the great Amiri Baraka hasn’t been heard from lately.) The next performer, John Sinclair, delivered a tribute to Bud Powell with abundant passion, but the climax-involving the shouting of the late pianist’s name in full cry-seemed less than illuminating. Finally, Gil Scott-Heron, the great protest singer and proto-rapper, has lost a lot of steam since the ’70s, but his contribution was rich. Seated at a Rhodes electric piano and laying down a cool two-chord vamp, Scott-Heron coaxed the trio toward sensual funk as he spoke-sung about the changing of the seasons, ending with words from his classic “Winter in America.”

The second set belonged to vocalist and lyricist Oscar Brown Jr. and his accompanist of the last five years, pianist Billy Childs. “This is a marvelous facility,” said Brown, looking around the “neo-bizarre” Allen Room in wonder. “When you consider some of the joints I’ve played,” he added, trailing off. The good-humored veteran, pushing 80, has created a genre completely his own. What to call it-hardbop cabaret? Part jazz hipster, part lounge crooner, Brown worked the room with his big baritone and his charming spoken-word asides. His soliloquy on sex and growing old, tucked within Duke Ellington’s “Things Ain’t What They Used to Be,” was a self-deprecatory gem, full of rueful quips about “all that pushin’ and shovin’ I once mistook for lovin’.” “Dat Dere” was almost too hammy for comfort, but “‘Round Midnight” and a world-weary love song by Jacques Brel more than made up for it. Brown’s vocalese tour de force on “Jumping With Symphony Sid” brought another unorthodox jazz singer, Bob Dorough, briefly to mind. Childs’ quiet mastery came to the fore on the finale with Sonia Sanchez, which had Brown interpolating verses of “Afro Blue” while Sanchez read a harrowing poem about the Middle Passage and the trials of slavery.

At one point Sonia Sanchez said, “Thank you Wynton, thank you Cosby,” for making “Speaking of Jazz” a reality. It was a worthy sentiment, and despite its flaws, a worthy program. May more of them bloom.