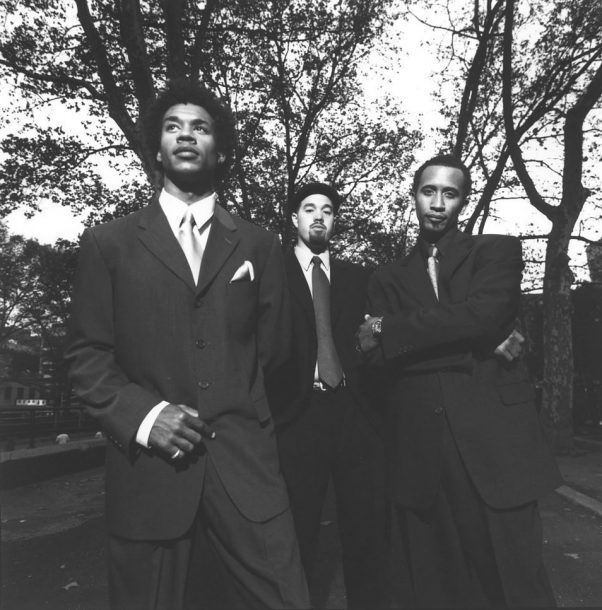 Soulive loves to flip the switch of preconceived notions. If you listen to their infectious Blue Note debut Doin’ Something, the funky grooves and skin-tight hip-hop rhythms will probably make you think that they’re another jam band wearing tie-dyed T-shirts, sandals and beads. Instead, the trio dresses like they’ve just got off on New York’s R Train after a long workday on Wall Street. In fact, they don’t really see themselves as part of the much heralded, and much fabricated, jam-band scene. “A lot of what we do is about the compositional aspect,” asserts guitarist Eric Krasno. “We just don’t go outer-space and just play for ourselves. We want the crowd to feel what we’re doing.”

On the neck-snapping “Cannonball,” which features some lickety-split horn arrangements by Fred Wesley as well as some astounding guitar and organ work from Krasno and Neal, respectively, Soulive gives a thumping shout-out to Cannonball Adderley. They follow that up with another head-nodding tone poem, “Shaheed,” for DJ Ali Shaheed Muhammad, formerly of the seminal hip-hop group A Tribe Called Quest. “We used some of the chords that Ali always used,” explains Krasno. “He used to use cool chord changes with A Tribe Called Quest, where a lot of other hip-hop music at that time was very simple in the harmonic sense.”

“I always thought that Ali was a huge innovator in hip-hop, who’s really influenced by jazz” asserts Neil Evans about the genius of Ali. “I think, we just kind of flipped it back with our tribute: fusing hip-hop with our harmonic sense of it.”