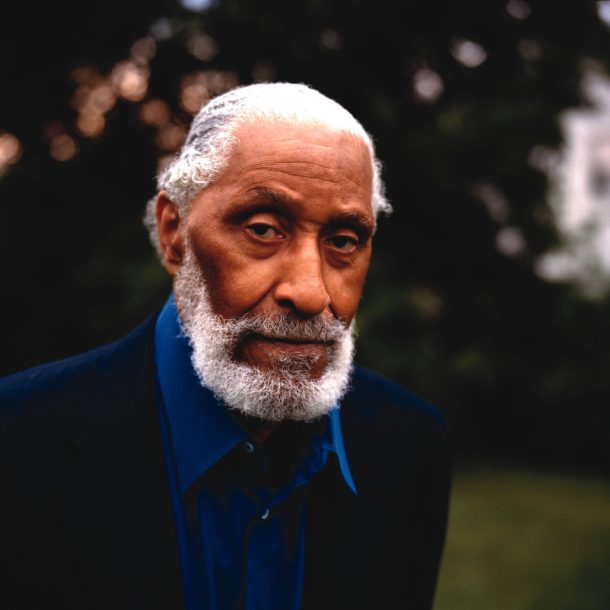 Smith is a retired lawyer and businessman from Maine who has spent the past eight years amassing a huge archive of recordings from Rollins’ concerts. This project of his began in 2000, and it continues today. But Smith, who also surreptitiously records Rollins concerts himself when he gets the chance, is no opportunist. He isn’t interested in profiting from his deeds. Instead, he has offered his entire trove to the saxophonist, in hopes that some of it will be released.

Well, here is the first installment in what the liner notes hint will be a long series. Road Shows, Vol. 1 is no run-of-the-mill bootleg. The fidelity is superb, and the performances are the cream of the crop. They range from a 1980 show in Japan to a concert from last year at Carnegie Hall.

Though it may have been difficult to resist the urge to release concerts in their entirety, warts and all, this approach-culling the finest tracks from Smith’s vast archive-is a wise one. Rollins worshipers will not want to hear this, but he and his band do not always bring their “A” game. Rollins absolutely tore up the joint this summer when he headlined the JVC Jazz Festival in Newport, R.I., but I recall a 2003 concert in Boston where his band was fairly lackluster, despite Rollins’ own best attempts to propel the music along with his exhaustive soloing.

Road Shows, Vol. 1 gives us the best of the best, and the sequencing replicates the feel of his sets. The most amazing aspect of his work is that he can solo, euphorically, for upward of 10 minutes without ever repeating himself or seeming as though he’s going through the motions. In his soul he feels every bit of what he says through his horn, be it the ecstatic, torrential runs of “Best Wishes,” the increasingly volatile crescendo of “Blossom,” the relaxed calypso rhythm of “Nice Lady,” or the passionate, halting phrases of the standard “More Than You Know.”

On that last tune, recorded in Toulouse, France, in 2006, he seems to be reining himself in at times, as though he knows he has the tendency to fill every space with notes and wants to avoid doing so. He concludes the piece with a long, unaccompanied solo that references others; Albert Ayler can be heard in a couple of bars, and also “Pop Goes the Weasel.”

An 11-minute take of “Easy Living,” from a 1980 show in Warsaw, becomes an exhumation of a popular standard. Rollins digs into the familiar melody, turning it over and over, as though he knows that there is something in it he hasn’t heard before and wants to get at. He takes a similar tack with “Tenor Madness,” his classic battle with John Coltrane. In this performance, from a 2000 show in Tama City, Japan, he assumes both his own role and that of Coltrane. Virtually the entire song is a Rollins solo, and he never loses steam, taking his audience into hairpin turns and unexpected detours. Nothing seems old in his hands, not even “Some Enchanted Evening,” where his brawny but romantic work, in a trio setting with bassist Christian McBride and drummer Roy Haynes, breathes new life into the old song from South Pacific.

If the Road Shows series maintains the high standard established by this first volume, it is destined to become one of the great live-album projects of jazz, ranking right up there with Miles Davis’ Plugged Nickel sets and Coltrane’s Village Vanguard recordings. Sonny, please-bring on volume two.