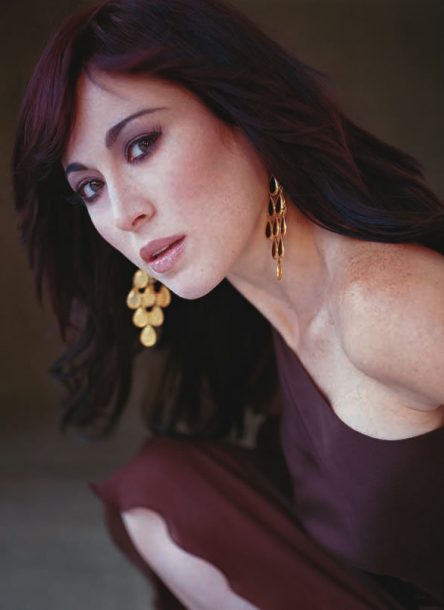 One has to wonder how many musicians and critics listening to Sonia Santana in a Before and After session in this magazine would guess that a non-Cuban is fronting such a tight, classic Cuban big-band sound on Havana Dreams (Odyssey). One also has to wonder what their reaction would be once informed of her previous professional life.

The lithe, petite and pretty Canary Islands native had a bout with fame in Spain in the early ’90s with the pop group Ole Ole. Since there’s an element among the musical intelligentsia-blessedly ignored by most audiences-who would question the singer’s validity and right to interpret hallowed repertoire simply because of her exotic beauty and pop background, what would Santana say to those who perceive good looks as a threat to the music or as a facile guarantor of artistic success? “Every person with these kind of problems is welcome to come see me perform live and answer himself or herself this question, if it even arises. I will not even use Autotune,” she kids. Thus, the challenge is issued.

Recorded in Havana’s Egrem studios, Havana Dreams was produced by promising Cuban pianist Tony Perez. Santana says he is “an amazing musician and composer. Many consider him a young genius. He created a fusion between the [big band] golden era and fresh modern times, something you can perceive through the very dynamic arrangements.”

“Before going to Cuba,” Santana says, “I learned the arrangements, checked many of the original versions of the songs we covered, watched a lot of old movies with footage from the big bands from the ’30s to ’50s period and read magazines from that era. It was very important not to lose the spirit and essence of the times and its music. Vocally speaking, however, I tried to combine the traditional way of singing this kind of material with a cool, modern and more cosmopolitan touch.”

When I point out some similarities in phrasing, tone and inflections between her and Eydie Gorme, Santana shows her wit by laughing out loud and replying, “Thank God it’s not Carmen Miranda!”