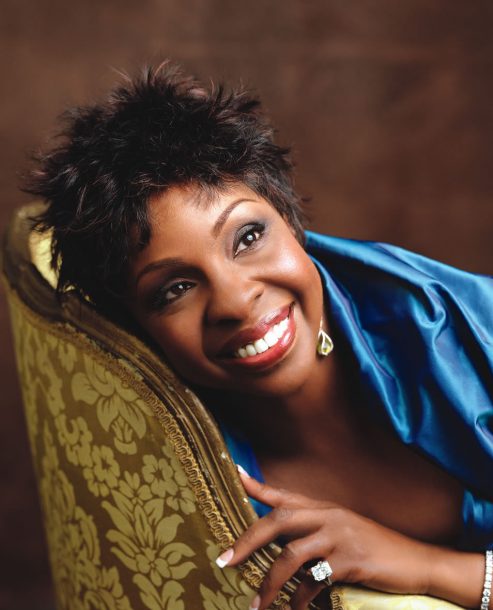 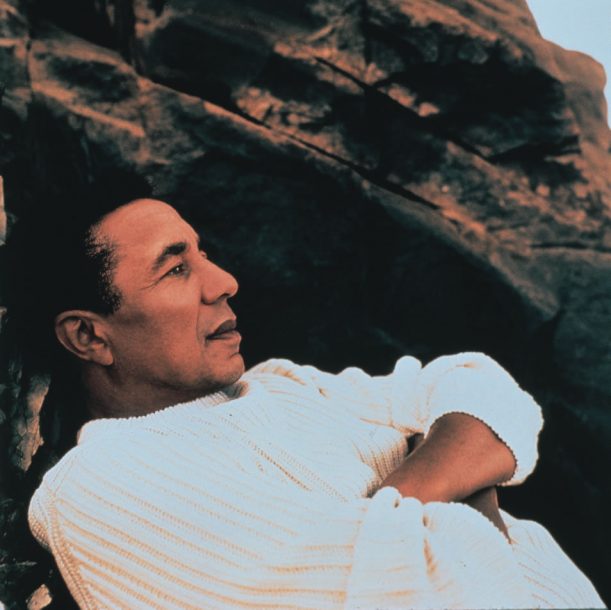 Count Motown legends Smokey Robinson and Gladys Knight among the proliferation of artists recording jazz standards these days. The two take slightly different approaches to the music that influenced them: the one-time Miracle leader recorded live with a small ensemble on Timeless Love, and Knight, who left her Pips in the ’80s, engaged a pair of star-stocked big bands on Before Me. The recordings don’t represent new territory for the two veterans as much as a happy return to their roots.

Knight’s Before Me, originally due in June and now pushed back to October 10, is a tribute to the artists who paved the way for her own career. Billie Holliday, Sarah Vaughan, Ella Fitzgerald, Dinah Washington, Duke Ellington and others get their due on this lavish project, produced in equal parts by Grammy-winners Tommy LiPuma and Phil Ramone.

LiPuma called on arranger and conductor John Clayton, Joe Sample, Russell Malone, Roy Hargrove and David “Fathead” Newman for selections including a pleading “Do Nothing Till You Hear From Me,” a distinctive “Good Morning Heartache” and “This Bitter Earth.” Ramone teams with arranger, conductor and pianist Billy Childs, with assistance from players that include Dave Mann and Chris Botti, for Gershwin gems “The Man I Love,” “Someone to Watch Over Me,” “But Not for Me,” and Ellington’s “I Got It Bad (And That Ain’t Good).”

Coming off a Grammy for her 2005 gospel outing One Voice, Knight was thrilled to work with this stellar crew. “I haven’t had joy and peace and love in the studio like this in ages,” she says. “When I walked in and saw David ‘Fathead’ Newman standing in the studio to play on my album, I said, ‘I don’t believe this. I must be dreaming!’ And to have Chris Botti and Roy Hargrove? It’s just been an amazing journey.”

Knight had been dreaming of recording the hits of her many mentors for years. A winner of the televised ’50s talent showcase The Ted Mack Amateur Hour when she was just 8 years old, Knight met all her idols except for Billie Holiday. “I want people to know that they passed this way. And they opened the doors for so many other artists that came afterward just like me,” she explains. “Jazz is really the basis for every kind of music here in America; it’s the basis for the blues, R&B, for everything. So this music is something that should be recognized.”

At Motown, Berry Gordy insisted that his artists be versed in a cabaret performance style in order to reach a broad audience. The Pips were no strangers to jazz tunes. “I certainly did sing those standards, and that was due not just because I loved the music, that was due to our mentors too, preparing us for performance. We banked all of our everything on being quality entertainers, not record artists,” Knight says of the eight years she spent at the label.

Robinson’s set, Timeless Love, arrived June 13th, on New Door/Universal. The 13-track collection finds Robinson performing a slate of chestnuts by Cole Porter, Kurt Weill, Sammy Cahn and Jule Styne and others. These songs, by Sarah Vaughan or Ella Fitzgerald and the like, were among the first he remembers hearing as a child. Robinson adds, “I’ve actually been singing these songs in my live show for about 14 years. So I decided that I would go on and record them.”

Robinson coproduced Timeless Love with longtime arranger Sonny Burke, who backs the singer with piano, upright bass, and washes of sentimental strings on “Our Love Is Here To Stay,” “More Than You Know,” “Night and Day” and even “Tea for Two.” Robinson fuses Cyndi Lauper’s ’80s hit “Time After Time” with the Cahn-Styne composition of same name, and melds saxophonist James Moody’s indelible “Moody’s Mood for Love” into the Dorothy Fields-Jimmy McHugh classic “I’m in the Mood for Love.”

“These songs transcend any kind of music,” says Detroit-born Robinson, better known for penning such Motown classics as “Tears of a Clown” and “I Second That Emotion” as well as launching an urban-radio format with his ’70s solo album A Quiet Storm. “It could be jazz or rock, but because I’m singing it people are going to associate it with R&B,” Robinson says. “I just wanted it to be across the board and yeah, there’s a jazz flavoring to it because of the songs that are there.” Many of Robinson’s selections boast down-tempo arrangements giving his stylized high tenor plenty of room. “I want people to put it on and make love,” he says with a laugh.

While Robinson unleashes his pipes, injecting an indulgent yet soulful spin on “Speak Low” and “You Go to My Head,” Knight floats on the sea of swing provided by the high-octane arrangements. She approaches a reverent sweetness on “The Man I Love” and swings hard on “Stormy Weather,” but fans looking for the grit she mined in her R&B heyday will have to adjust their expectations. “Everybody kind of thinks of me as a belter, but on these there is no need,” Knight insists. “What’s the word that you associate with jazz the most? It’s cool. For the first time in a long time I could just sit back and caress a lyric.”

The all-star aspect of Knight’s recording has turned it into a Big Event, thus the 11th-hour postponement of Before Me, which will now be released to coincide with a PBS concert special being taped at the Kodak Theater in Hollywood. “To find a company in this day and time that really believes in you and puts it all where they believe, is really, really great,” says Knight. “And I’m just having a ball!”